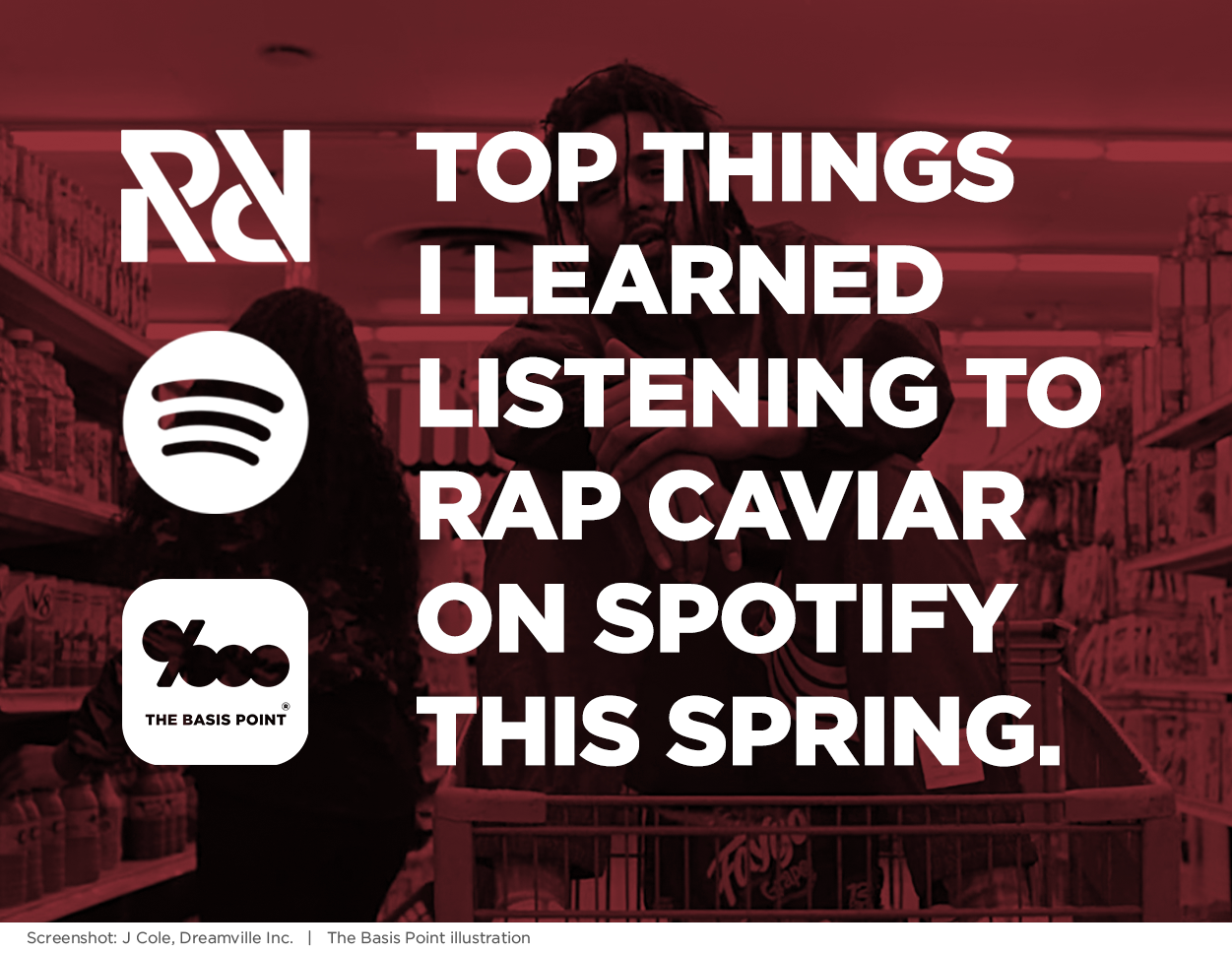 Spring 2019 ended Friday and Spotify’s best playlist moves fast, so as Summer begins, let’s look back and do some lyrical analysis, jokes, and flag the best songs of Spring. This post started as a joke last Summer, but people keep asking for it so let’s do it. Here’s what we’ve learned listening to Rap Caviar the past 3 months.

1. Before Tory Lanez gets ‘Freaky’ he checks IDs unlike R Kelly, so that makes him better. I guess?

2. Sex and drugs are among rap’s ‘Mixed Personalities’ and in this Kanye/YNW Melly song plus Lil Uzi Vert’s ‘Sanguine Paradise’ and ‘That’s a Rack’, sex is much heavier than the drugs throughout lyrics last summer, fall, and winter.

3. Of course money and clout prevail. Why TF do you need $32,000 in one pocket?! Sadly this is way harder to fathom than the Glock in DaBaby’s other pocket. But he captures the young CEO vibe perfectly on ‘Suge’. This IS Rap.

4. And so is sampling, an area in which Eminem and Logic ain’t ‘lacking the stamina’ by sampling comedian Chris D’Elia on ‘Homicide’. And if you haven’t heard D’Elia imitate Eminem, drop everything and listen to Homicide – for two of the fastest lyricists in the game, and for D’Elia’s full Eminem impression at the end. You’ll thank me for this.

5. But back to money and clout. Most accurate money one-liner is from Offset’s ‘Red Room’: ‘money turn homies to zombies they eat’. Pretty much sums up all of society.

6. Best guest spot is Cardi B on Offset’s ‘Clout’ with my fave hater one-liner of Spring: ‘They know I’m the bomb, they ticking me off’. She’s been all over guest spots this year and kills them all.

7. I’m still ‘Feeling’ Juice Wrld but not for fighting his booze/drug demons this time. On this song he’s fighting for noble causes. Or maybe straight up nobility: ‘No Prozac just a house with a moat and a pavilion.’

8. Drake has a related reminder on his latest with Rick Ross: ‘When I die put my Money In The Grave’. I’ve made Drake jokes but he’s won me over this past year. Hard to front on anyone who grinds this hard. Work until haters become fans.

10. And though I already said three months ago J Cole’s ‘Middle Child’ hit a nerve, I now know it hit everyone else too because it’s held strong on music’s fastest moving playlist. It’s the most important rap song of 2019 because it captures everything that should matter about rap and career: respect all generations while also fighting to carve your own path and voice.

Yes? No? Tell me your thoughts. And check out rest of series below.
___
Related:

– Also, if you don’t appreciate these posts, please consult our music policy.