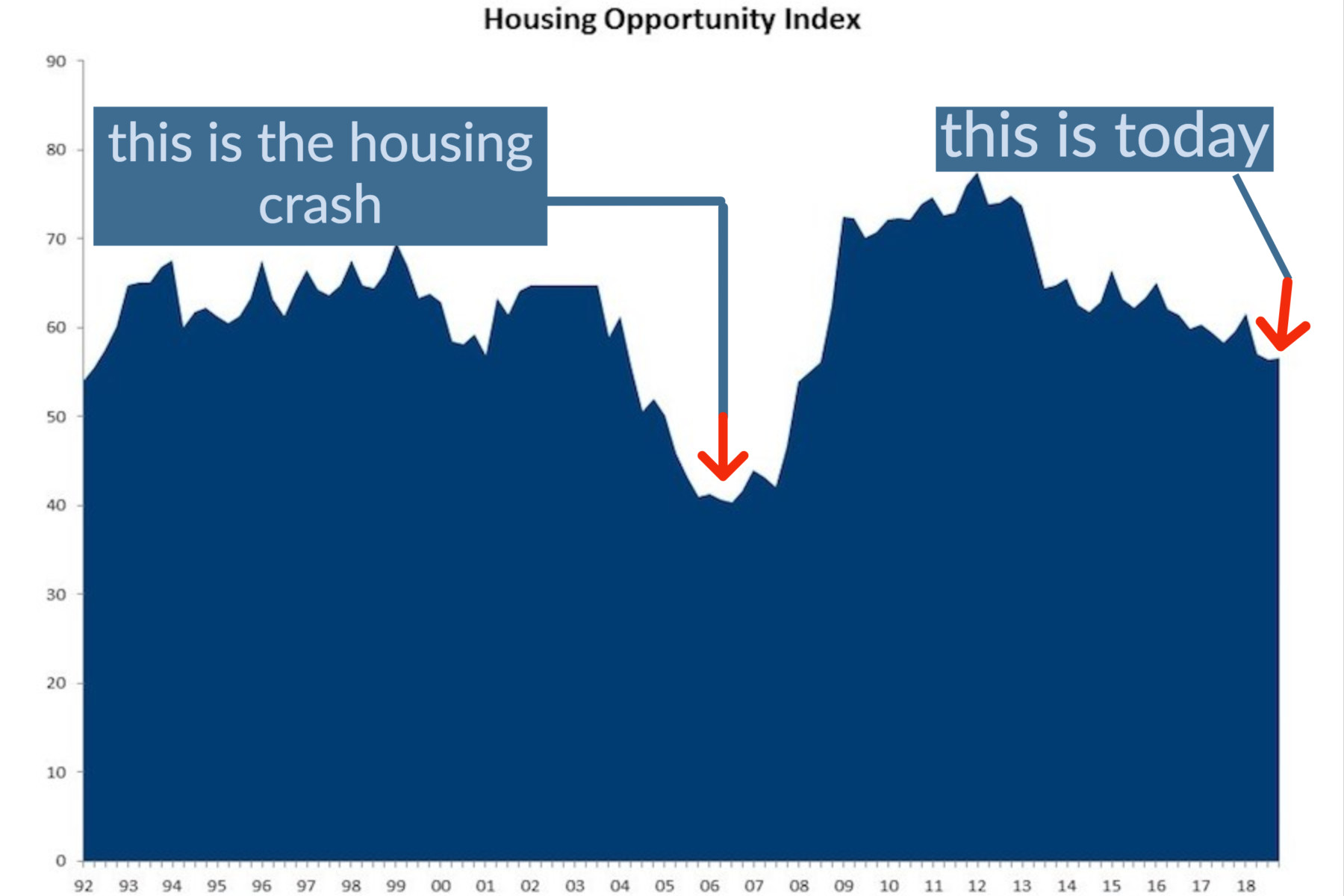 Check out this chart from the National Association of Home Builders. The share of homes on the market that someone making $71,000 a year (the median U.S. income) could afford is basically the same as it was in 2008.

For those of us struggling to pay for a place to live, does it have to get worse for it to get better?

For all the nuance I try to find in the data, it’s clear a lot of people are struggling to find a cheap place to live.

There are a lot of reasons why that is. For one, wages are growing, but only in a slow creep, so they haven’t kept up with home prices.

A big factor is that we’re basically at the mercy of builders and local governments to create homes that people can afford. Since the last decade was an economic boom time, builders sought big money by building high-end housing.

So when a middle-class housing development went up in Denver, people were pretty happy to be able to snag an affordable home. The Washington Post tried to look at this in a larger context and tried to make it seem like it was bad news:

Although this [new affordable housing] is welcome news for buyers looking for an entry-level house, it could prove a negative sign for the economy as a whole. Average new house size tends to correlate with economic figures, with smaller houses built during recessions and larger houses built in boom times.

So since builders chase the profits, is a recession or downturn the only way we’ll convince them to put up homes we can afford? Maybe.

The demand is certainly there—we wouldn’t be talking about an affordability crisis if people didn’t need this housing.

I’ll close this out by saying the same thing I always say when looking at national data: real estate is hyper-local. Start with the street you want to live on and go up from there. Don’t start sky-high and get discouraged by the distance.