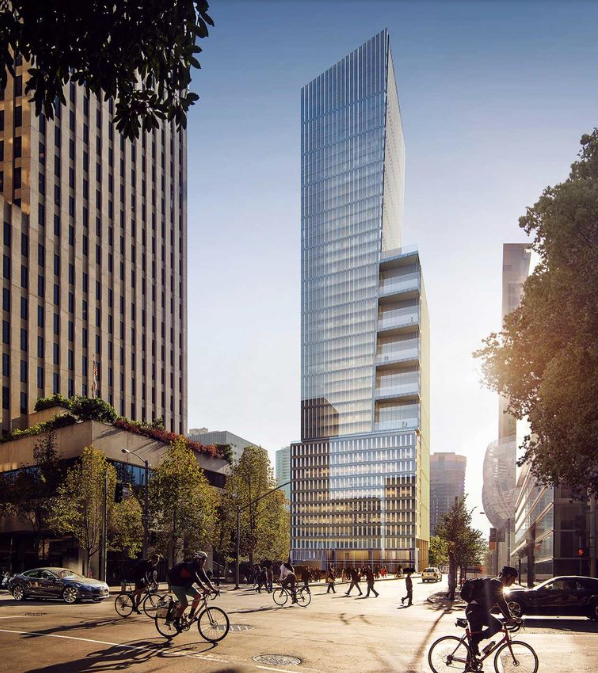 They now have about 1.2 million square feet in two of the dopest buildings in San Francisco, and paying upwards of $80 a square. Who can compete with that?

Not many … not for awhile anyway. Even if other tech juggernauts can afford big blocks of space, Park Tower is the only major San Francisco building to finish construction this year. Next up is Oceanwide Center with 1.1m of space coming to market in “a few years” according to SF Business Times, which will drive larger tenants to Oakland.

Here’s where the newest deal ranks Facebook on tech companies with most San Francisco square feed owned or leased: