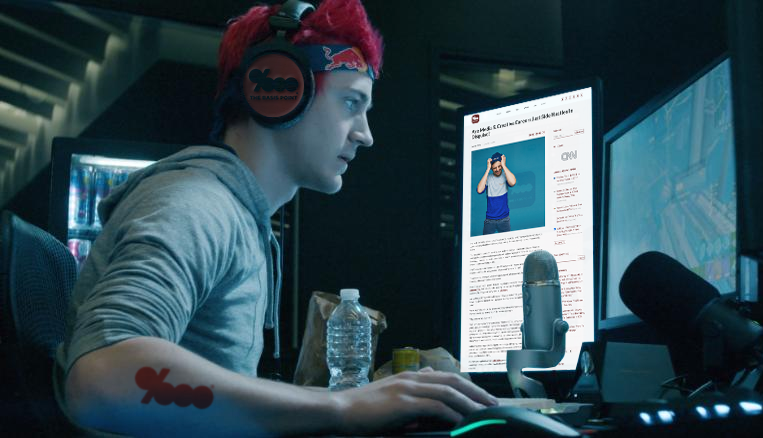 If you want a reality check on what people will pay for in 2019, Ninja, a professional video game streamer who plays the world’s most popular game, Fortnite, made $10 million last year. To be clear, Ninja (real name: Tyler Blevins) doesn’t compete professionally against other gamers. He just plays video games, other people watch him play, and he gets paid.

– The bulk of his income comes from YouTube—content creators get paid out based on how many people watch ads that play on videos. Ninja gets a lot of views, so he gets big checks from Google-owned YouTube.

– The rest of his money comes from corporate sponsors who want to be associated with the hip new thing, like Red Bull.

Getting to that $10 million requires sacrifices, however.

[Ninja] said he sees himself instead as a small business owner, equating gaming to a small coffee shop. “They’re gonna find another coffee shop if you’re not there … you have to be there all the time,” he said. Ninja mans that “coffee shop” for 12 hours a day, he estimates, working out to nearly 4,000 hours of Fornite this year alone, the equivalent of more than 140 days. Each and every time he’s away from the shop, Blevins and wife/manager Jess are calculating how many subscribers they’re losing, and how much money they’re not earning.

Good for him. And great to see him consuming The Basis Point to learn what to do with all that cash 😉
___
Reference: