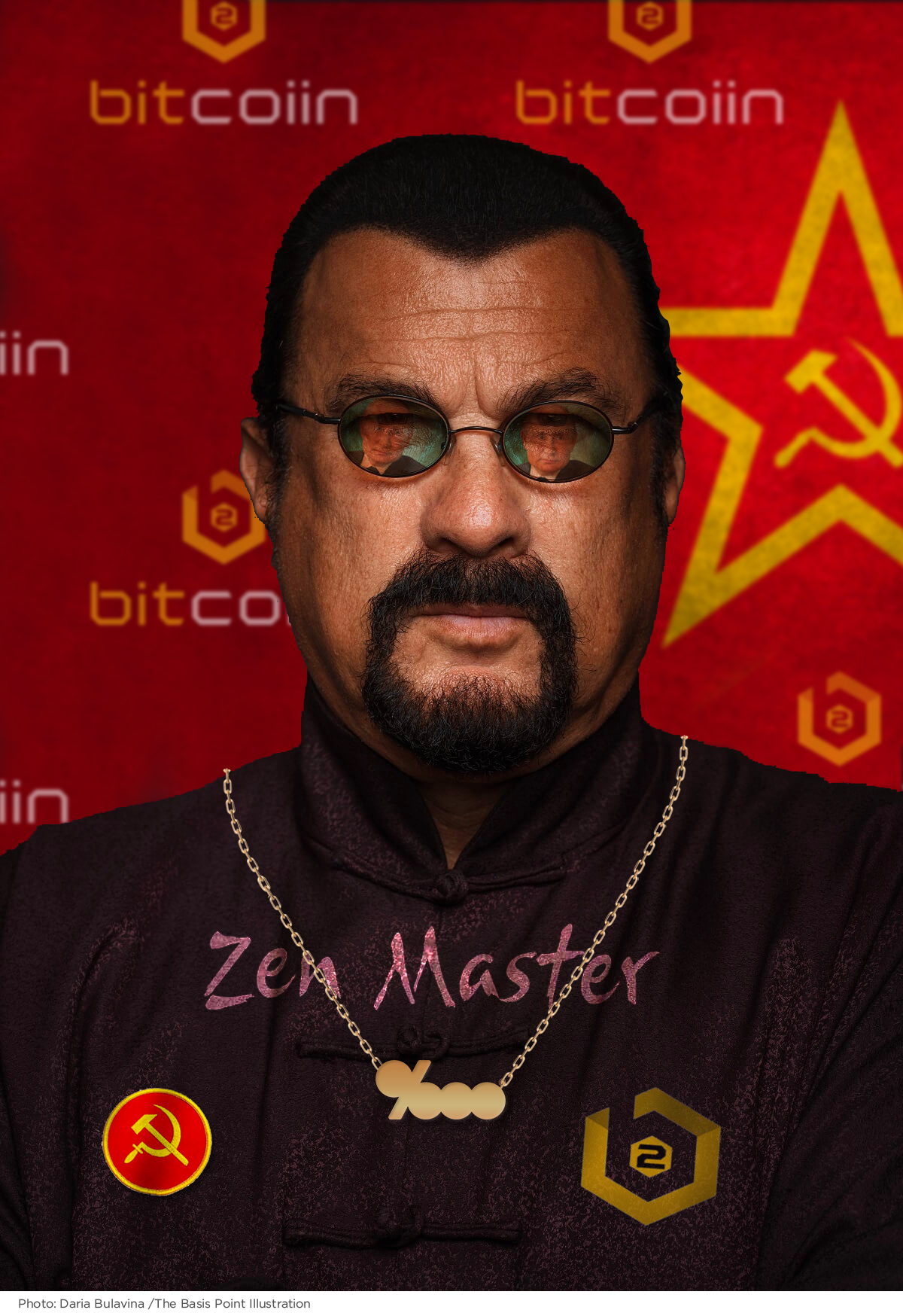 My favorite story of last week inspired us to create this fan art of bitcoin Zen master Steven Seagal.

To recap, Seagal is under siege from the SEC for not disclosing $1 million in influencer payments he was promised for serving as brand ambassador for Bitcoiin2Gen. The Financial Times reporting was perfection:

Steven Seagal, the straight-to-video action movie star, has been fined $314,000 for allegedly touting a cryptocurrency without disclosing payments he received for the work.

The US Securities and Exchange Commission on Thursday announced settled charges against the 67-year-old actor, whose work includes “Above the Law” and “Steven Seagal: Lawman”, for violating federal securities law.

Mr Seagal, who resides in Moscow, was accused of promoting an initial coin offering run by Bitcoiin2Gen, a new rival to the original bitcoin cryptocurrency, without disclosing that he had been promised $1m in cash and digital tokens to do so.

In 2018, Bitcoiin2Gen issued a press release saying that “Zen Master Steven Seagal” had become its “brand ambassador”. On social media, Mr Seagal had urged his followers not to “miss out” on the opportunity to invest in Bitcoiin2Gen.

“Celebrities are not allowed to use their social media influence to tout securities without appropriately disclosing their compensation,” Kristina Littman, chief of the SEC enforcement division’s cyber unit, said in a statement.

This story has everything:

– Influencer holed up in Moscow

He was my action movie idol for part of high school, then downgraded to campy fave in college cable rerun years. Here’s perhaps the best quote of any action movie ever, spoken by R. Lee Ermey (of Full Metal Jacket fame) about Seagal’s character in On Deadly Ground:

My guy in D.C. tells me that we are not dealing with a student here, we’re dealing with the Professor. Any time the military has an operation that can’t fail, they call this guy in to train the troops, OK? He’s the kind of guy that would drink a gallon of gasoline so he could piss in your campfire! You could drop this guy off at the Arctic Circle wearing a pair of bikini underwear, without his toothbrush, and tomorrow afternoon he’s going to show up at your pool side with a million dollar smile and fist full of pesos. This guy’s a professional, you got me?

And professionals in finance must disclose. An important influencer lesson from a Moscow Zen master.