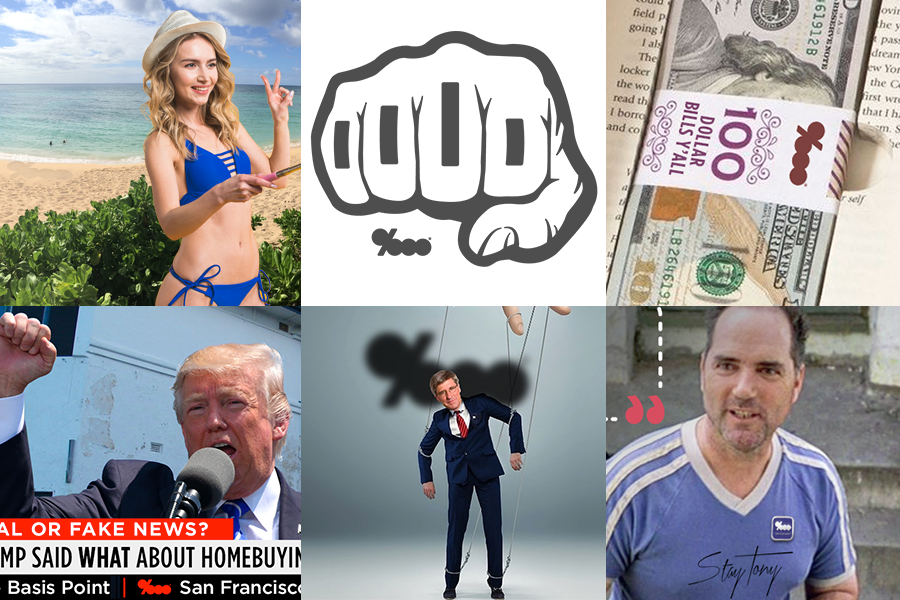 The Basis Point is your source for the coolest consumer finance insight, news, and artwork, and we don’t plan on letting up as we enter summer. Here’s our May roundup of original artwork led by our creative director Dennis Pettigrew. 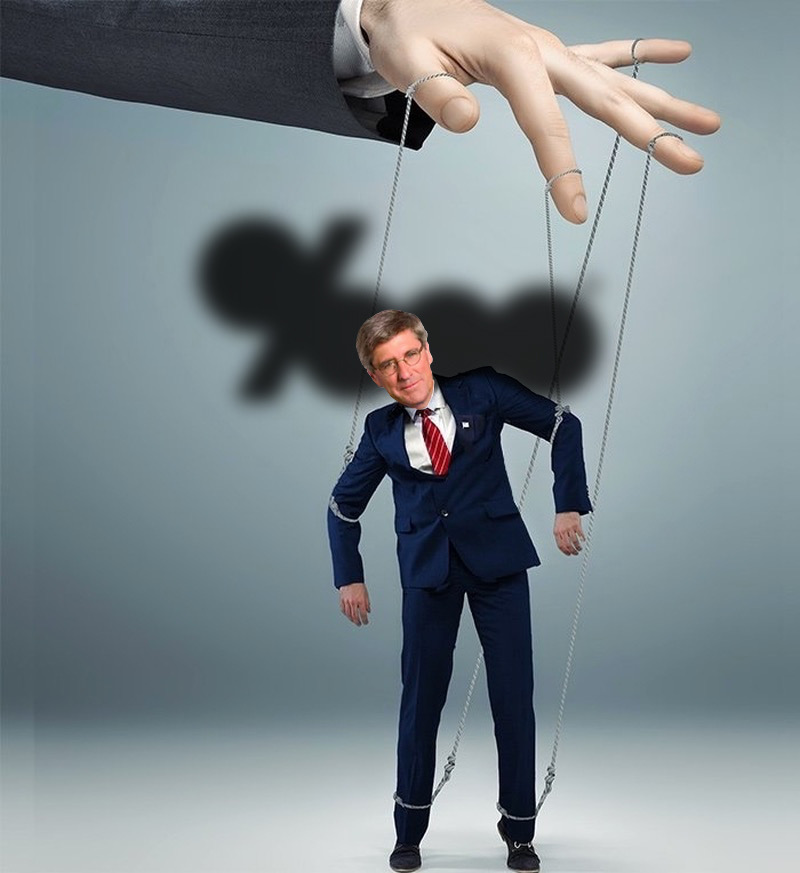 THE POST: Just a quick link out to a series of Donald Trump tweets, but housing and consumer finance people in the know followed the Stephen Moore saga closely.

WHY WE LOVE THE ARTWORK: Moore was Donald Trump’s biggest cheerleader (he wrote a book called Trumponomics, LOL) and hoped that would get him a cushy gig in the administration. Unfortunately, the fact that he’s wrong about everything—and just a puppet for any conservative political cause that will have him—put a stop to that.

THE POST: Homeowners and renters both have their share of regrets, but are they fooling themselves? This STAT FIGHT title card features homeowner hangovers versus renter rage. Who’s worse off? Only a STAT FIGHT can show us…

WHY WE LOVE THE ARTWORK: This post is an important moment in The Basis Point’s history—it’s the debut of the official STAT FIGHT artwork. Let it hit you with all the force of a data-fueled dinner table argument.

I Suck At Financial Literacy And So Can You! 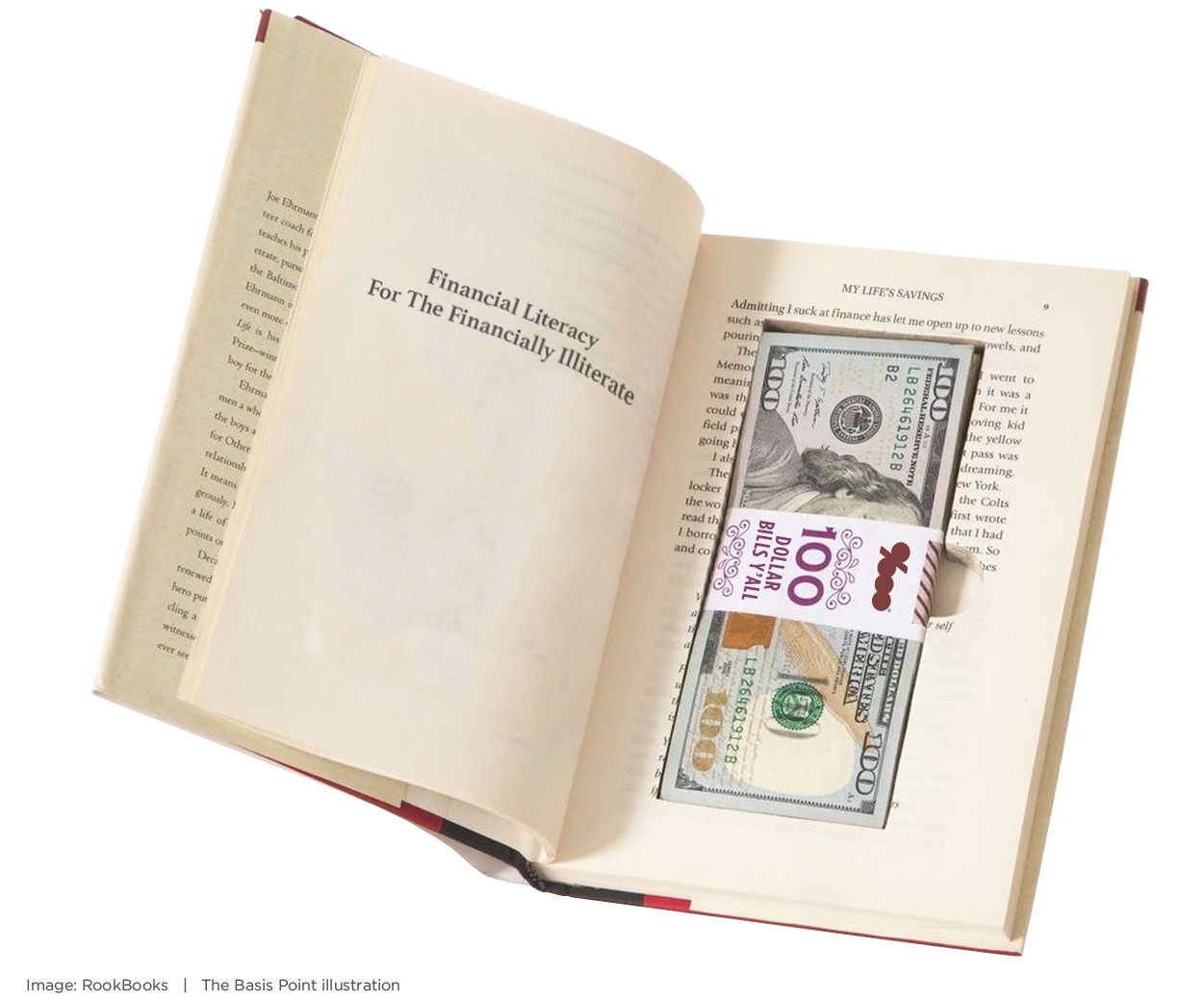 THE POST: Spencer used to stress about his financial illiteracy until he realized that nobody was born money smart. Here he shares how we can all get better at financial literacy by first admitting what we still need to learn.

WHY WE LOVE THE ARTWORK: Since this piece’s headline is a nod to a deep-cut Stephen Colbert book, we had to get literary for the art. Branded TBP money bands coming soon to our online store, of course. 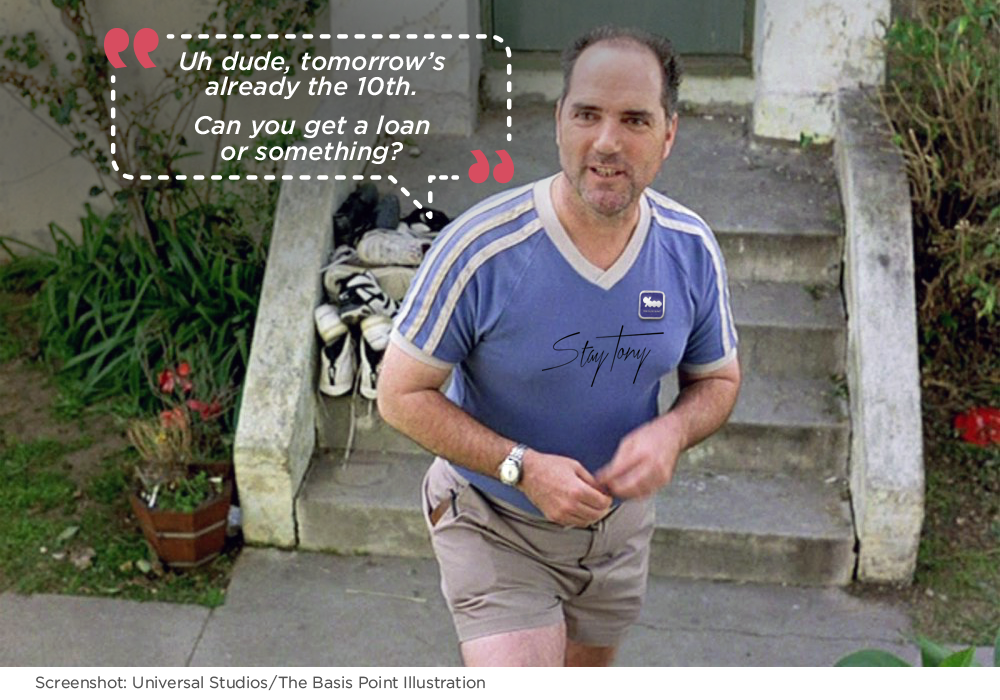 THE POST: The Wall Street Journal made a play for some clicks by ringing alarm bells about startups offering loans to pay the rent. We dug deeper and found that there’s a huge difference between payday loans and rent loans—first off, the fact that rent loans aren’t predatory if they’re being made to higher income borrowers.

WHY WE LOVE THE ARTWORK: There’s never a bad time for a good Lebowski reference. On the 9th of every month, you can guarantee someone on The Basis Point team will say “tomorrow’s already the tenth,” so we had to immortalize our love for The Dude’s landlord Marty with this art.

THE POST: Sexy new finance apps like Acorns and Robinhood shot to fame by making you and your friends compete in the money game—and teaching you a thing or two about saving & investing along the way. Maybe fear of missing out (FOMO) isn’t all bad if it helps you get a little more financially literate.

WHY WE LOVE THE ARTWORK: Finance brands have always tried to sell you a lifestyle. Finance apps use FOMO marketing to reach the Instagram generation, and this art shows how friends in your feed have a #betterlife #thanyou. Don’t miss The Basis Point icon in the beach sand. There’s always an Easter egg in our art.

THE POST: Donald Trump went back to his roots and gave an off-the-rails speech to the National Association of Realtors last month. If you thought being president had cooled his jets a bit, read this speech to realize he’s still the same stream-of-consciousness dealmaker.

WHY WE LOVE THE ARTWORK: We haven’t had the honor of being called fake news yet, but we made an honest attempt at earning the title by mocking up TBP news channel coverage of the Donald’s speech.