The New York Fed just put out data on how much debt we all had in Q1 2019. Let’s dig in for the important stuff.

Check out the big picture below. Remember this composition when someone tries to ring the alarm about debt as a systemic risk—most debt is mortgages, and the mortgage debt market is healthy. More on this to come. 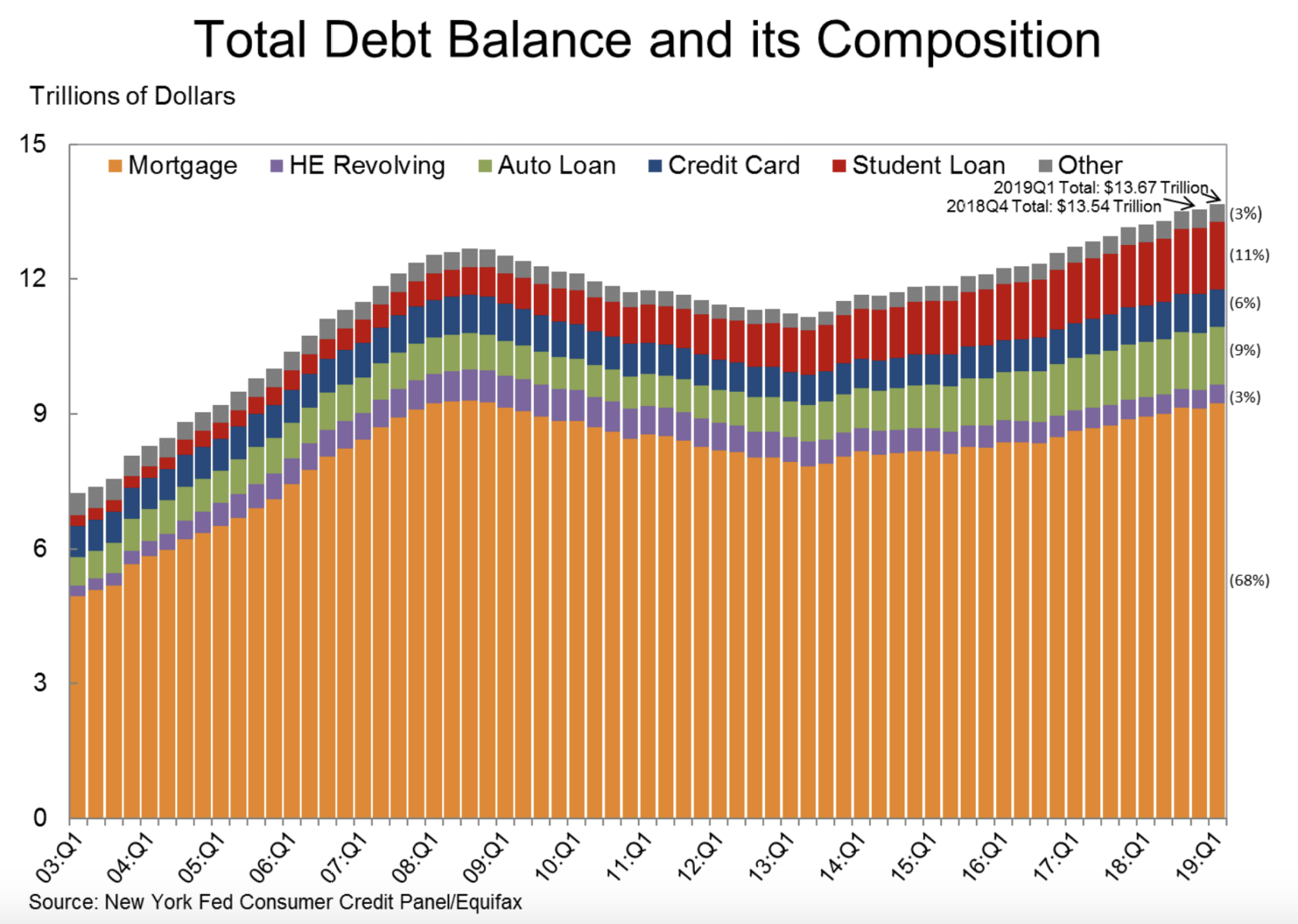