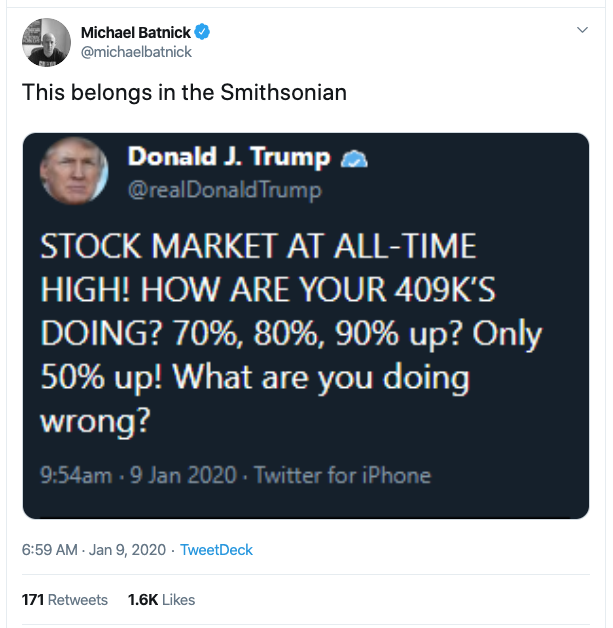 Trump tweeted how “…your 409K’s…” must be up, like, more than ever in the history of investing.

It’s all so wrong on so many levels, I won’t even bother to explain. There’s a Marketwatch link below for that.

And he knows a thing or two about financial planning.

He’s the research director for Ritholtz Wealth Management, which manages about $1.25 billion in retirement assets for people.

Talk to him or your nearest financial planner about what you are doing wrong.