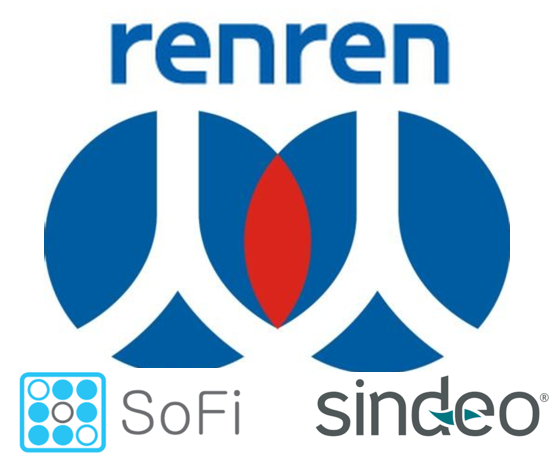 When I wrote about fallen fintech mortgage lender Sindeo a few weeks ago, it was to share lessons learned about a fellow competitor who was struggling in a very tough business. Now that they’ve been revived after one of their investors acquired them this week, I want to highlight an unspoken lesson from that piece because it might be the most important lesson of all:

Never disparage a supposed enemy because you never know when you’ll need a friend.

Most tend to kick their competitors when they’re down, and the mortgage/fintech space is no exception. I got so many half-thought notes and comments from around the industry when Sindeo’s news first broke:

-One less to worry about.

-Turns out fintech really is just a marketing gimmick!

And on, and on. That’s why I used that event as context to really examine what’s going on in fintech and consumer/mortgage lending overall, because people don’t always make these comments maliciously, it’s just their competitive nature takes over. But I simply don’t think that way, and I will always make the effort to respond to hot topics like this properly.

With that said, I want to address a new question I’ve been asked repeatedly since Sindeo was acquired and revived by its investor Renren this week:

The question is rooted in the fact that Renren invests in both Sindeo and SoFi, and neither has put up industry-moving mortgage volume yet–Sindeo’s volume is undisclosed but they don’t show up on any rankings, and SoFi says its mortgage volume since inception is $1.3b (they were founded in 2011 and started doing mortgages in Fall 2015), which also doesn’t place the firm on any meaningful rankings, though some of their individual loan officers did show in 2016 Scotsman rankings.

According to Renren, they already had a 13.1% equity stake in Sindeo before this latest deal for which terms aren’t disclosed yet, and they’d previously invested $242.1 million in SoFi preferred shares, and recently sold 14.1% of those shares at a $91.9m profit and retain the rest of their stake. They also buy loans from SoFi.

So there’s the perspective on each firm’s mortgage volume, and the context of this shared investor. The rest is pure speculation, and with that qualifier, here’s my answer to the question:

1. Renren doesn’t have that kind of influence over SoFi because, even with an initial investment of $242.1 million, they’re not one of the lead investors. Conversely, even before the Sindeo acquisition, their financials repeatedly said they “exercise significant influence over Sindeo, Inc.” Now that they’ve acquired the firm, they may at some point want to sell it, but SoFi doesn’t seem to be the best investor (see #2).

2. SoFi has an asset management business plus student and personal loan businesses besides mortgage, and their total loan volume since 2011 inception (including the $1.3 billion in mortgages) is $20 billion with 300,000 customers. So they use other business lines to acquire customers they can then sell mortgages to. And most of their technology is proprietary. So it would seem that acquiring Sindeo would be a distraction because they wouldn’t get that industry-moving mortgage volume out of the deal. Nor would they get a technology lift, high volume of new customers, or access to new buyers for their loans that they don’t already have.

3. SoFi is all about brand, and unless they got some of the things noted in #2, they really don’t need help on brand from Sindeo or anyone else at this point.

So that’s my take on SoFi’s play in the Sindeo situation. That doesn’t mean I’m right, especially considering explosive twists in the Sindeo plot so far.

Previously I said I believed Sindeo folded for two main reasons, both rooted in running out of time. So while I don’t rule out Renren shopping them around to other lenders that might need a technology or fintech branding upgrade, the Renren acquisition gives Sindeo more time to convert from mortgage broker to banker and let their customer acquisition strategies mature.

In conclusion, I’ll repeat sentiments I’ve shared while commenting on this saga: I refuse to join those who are contentious with competitors, and I will always respect competitors who are sincere about how hard this consumer lending game really is. Nick Stamos at Sindeo and Mike Cagney at SoFi are both in that category.