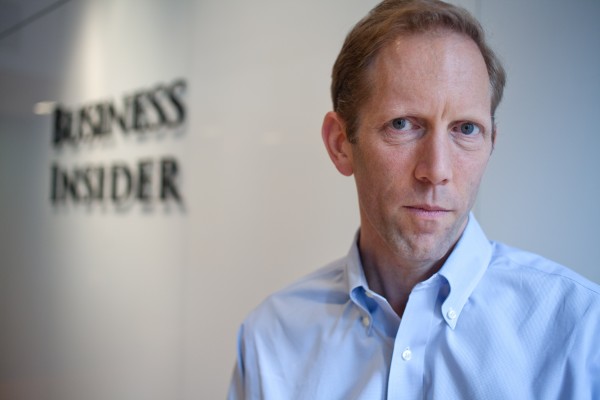 This week Business Insider CEO Henry Blodget is receiving the most likes he’s ever gotten as a LinkedIn Influencer on a post titled Time For A Better Capitalism. If you’re one of BI’s 94 million monthly readers, you know this headline is pure vanilla compared to the sensationalized headlines that built BI from mere blog to media empire in just eight years.

Last September, Blodget became king of the new media moguls when he sold BI for $343 million, eclipsing the previous new media record of $315 million AOL paid for Huffington Post in 2011.

So what’s with the soft ass headline now? And why is it so popular?

Blodget’s Better Capitalism story is about how blind focus on short-term shareholder value makes companies forget about innovating and caring for their employees.

That’s cute. A media baron with a heart.

But don’t kid, this redemption story reads like the hottest scripts in Hollywood.

Blodget was a Wall Street analyst banned from the securities industry in 2003 for after being accused of writing favorable sell-side research reports on companies he didn’t actually favor so his employer Merrill Lynch could win investment banking deals from those companies. New York attorney general Eliot Spitzer took Blodget down for it, and I (like many) took my turn hating on him back then when I was a buy-side marketer at UBS defending the integrity of our research versus that of the sell-side lapdogs.

Then Spitzer — who leveraged his Wall Street coup as attorney general into a New York governorship — ended up taking himself down in a prostitution scandal. By then, Blodget had traction reinventing himself as a media guy, and was the first one to do a major interview of Spitzer after the scandal.

Weisenthal says Business Insider’s reputation for hyperbole is “a bit off” and instead describes his method as “taking something a lot of people don’t care about — monetary policy, economic data points — and making the case that this is really big deal and you have to pay attention to it.”

This formula made Blodget king of new media. It also caused Bloomberg to poach Weisenthal, who is now spreading this formula within the world’s biggest and most influential financial media platform.

For Blodget, it’s one of the great American business comebacks.

Now the last of the non-believers will say ‘kingpin Blodget decries capitalist system that made him.’ And they will be wrong because Blodget supports capitalism in this latest piece:

To be clear: There’s nothing necessarily wrong with some hedge fund managers making $500 million a year — or a presidential candidate being worth a self-reported $10 billion. Capitalism is the best economic system known to man, and the “profit motive” helps drive it. The problem is that when capitalism is practiced the way it is today, wealth becomes so concentrated that much of it doesn’t get spent. (Billionaires can hire only so many service providers and purchase only so many cars, houses, and islands.)

And he’s been writing about and discussing this topic for years. Here’s a Spiegel interview from last month:

SPIEGEL: What kind of journalism does Business Insider stand for?

Blodget: One thing where we definitely want to differ from other business media is that we believe that, in the past 30 years in the United States, our economic system has been harmed by complete shareholder domination. An idea has been created that the only purpose of a company is to make money for shareholders.

SPIEGEL: You mean papers like the Financial Times or the Wall Street Journal focus too much on shareholder value? That is an astonishing statement for somebody who has been part of the system.

Blodget: The defining value for at least a couple of business publications is that profit is the only thing that matters in the end. That’s just not the best view for a healthy capitalistic system. At Business Insider we want to celebrate companies that not only create value for their shareholders, but for their clients, employees and for the world — companies like Google or Amazon.

So even if the last of Blodget’s detractors want to deny his vision for companies that truly care about employees and the world, they can’t deny that he’s changed financial journalism forever.

That was act two.

But all blockbusters need a solid act three, and Blodget’s will be demonstrating that BI can retain its soul as it goes global, and fleshing out his call for “a more balanced approach” to capitalism.

As a Blodget fan and student of markets and media, I’ll continue to root for him.
___
Further Reference:
–Business Insider CEO: there are no must read publications anymore