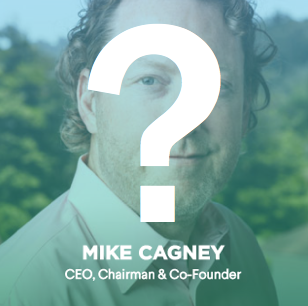 I’ll leave it to others to comment on why SoFi co-founder, CEO, and chairman Mike Cagney is stepping down by year-end. I want to comment on what it’s going to take to replace him.

Cagney is a quadruple threat with tactical and executive expertise in banking, investing, lending, and technology.

This is to say nothing of consumer marketing expertise. Plus within lending, there’s student loans, personal loans, and mortgages, each with their own technical rabbit holes at the consumer and secondary market levels—especially mortgages, which even he would admit are just a bit more complex than his characterization in 2015 just before he dove down that rabbit hole:

“Banking is kind of a dinosaur of an industry, but within that, mortgages are like a single-celled organism.”

Say what you will about this kind of trash talk, but it translated into fearless vision that has made SoFi special as Cagney ramped it up.

Cagney is SoFi, and losing him will leave giant shoes to fill at a time when there are still years of work to do to fulfill his vision.

Right now it’s a nonbank lender of student loans, personal loans, and mortgages. It’s also in the early stages of being a wealth manager, and a depository.

The complete vision is a full service bank that’s with consumers from school to retirement, with branding magic that makes it feel like an anti-bank to those consumers.

It’s nothing short of wildly ambitious, and it’s been working—both from a fundraising and an execution standpoint—because of Cagney and his four areas of expertise.

So here’s what I think about replacing him:

-Not wise to bring in a traditional bank CEO because it’ll ruin two things: (1) their ‘modern credit union’ customer service culture. They call their customers members, which is a page from the credit union book, but they’ve reinvented it with online and real life service, socialization, and networking that’s built into their brand and marketing DNA, (2) their stance as the ‘anti-bank’ banker—they’re the one and only firm that gets away with this, and I believe it’s because of the bold, brash leadership of Cagney.

-Not ideal to bring in a credit union CEO because they won’t have two things: (1) modern marketing skills to let the SoFi marketing mix grow and flourish as it has, which is drastically more progressive than the most progressive credit unions, and driven by centralized teams with a single company voice, not a distributed retail salesforce, and (2) investment management experience to oversee the budding wealth management group—this isn’t usually a core competency of the credit union set.

-Not complete to bring in a wealth management or even investment management CEO because at it’s core—both from an operational and a profitability standpoint—SoFi is a lending firm. Today it’s a non-depository lender, and if current ambitions hold, it’ll do a lot more balance sheet lending, but even then, secondary market expertise is one of the largest prerequisites. And it’s a lot different than investment management expertise.

-A mistake to bring in a software/technology CEO because even though SoFi’s strong marketing makes consumers feel like it’s a lifestyle company, it’s is a finance company—and an extremely sophisticated one at that. This is where the tech part of the fintech narrative breaks down, so all you ambitious software folks take note: there is no amount of tech that’ll make a software leader successful as sole CEO of a fintech company at this scale.

Where does this leave SoFi post-Cagney?

They could try to fill Cagney’s shoes with one person, but I’m dubious about that given everything noted above to look after, plus $2b worth of investors to keep happy, a possible IPO, a new banking charter, international expansion, the CFO slot already vacant, proprietary technology aging within 18-24 months, etc., etc.

So they could consider co-CEOs. Yes I know, two-headed monsters always become one in the end, but it might be a good interim step if they want to maintain their broad ambitions. Maybe tap a great non-bank lending leader (preferably one with experience buying banks or acquiring charters) which captures the entrepreneurial and innovative spirit along with the lending expertise, plus and investment management leader (preferably one with technology experience) to cover the rest of the customer lifecycle.

Or they scale down ambitions, and focus on what’s made them special—great lender (albeit with a lot of work to do on mortgage dominance), great marketer, great customer service model—until they find some stable footing.

The problem with scaling down ambitions and vision is that it’s a significant step backward relative to capital raised, associated valuation, and most important: customer promise of taking care of them from school until retirement.

I hope they figure it out quickly for their customers’ and employees’ sake. SoFi has been a great story that’s lit a fire under everyone who takes consumer finance seriously, so it would be a shame to see the flame blow out now.