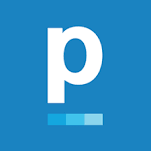 Long before Airbnb was suddenly valued at $30b, travel booking giant Priceline was a star of the dot-com boom. They’re the OG of the space and back then they expanded their original “name your own price” bidding into gas, groceries, and mortgages.

Just like mortgage firms today cower when Amazon’s lending ambitions come up, there was some cowering back then too. What did this red hot tech firm mean for the industry?

Turns out it meant nothing. Priceline was spread thin when the bust hit and according to The Economist, it’s value dropped 99% to $190m. But the story didn’t end there. They learned their lesson, dug in on their core travel booking business, made some incredibly smart deals, and today their stock price is up 30,000% from that low and they’re worth over $100b.

This part of The Economist’s Priceline story struck me most:

Ask an entrepreneur in San Francisco about Priceline, and you are likely to get a blank stare. Insiders know better. “There’s nothing you can point to and say, ‘That’s something no one else could have done’,” says Adam Goldstein of Hipmunk, another online-travel firm. “It’s just that Priceline did everything better in every way.”

It struck me because it’s the same drill with mortgage companies. Mortgage is a commodity business just like travel booking, so lots of great companies get ‘a blank stare’. This insider knows better. Sure technology is very important, but there’s this little thing called lending that’s just a bit harder than it looks.

We’ve seen clear evidence of this as the biggest, hottest fintech lending startups of the past few years have all hit major speed bumps as they figure out that a nice mobile-friendly experience for customers is a speck on the mountain of investment, regulatory, and operational expertise that’s required. And countless lower-profile startups have already folded up their tents because of this.

Mortgage is a commodity, yes. But just like travel booking, there are layers of nuance that take years if not decades to get right at scale. So who in the mortgage space is quietly doing “everything better in every way”?

QuickenLoans gets a lot of deserved credit for this and, on the surface, their numbers bear it out. They funded $96b in mortgages last year, making them the third largest mortgage lender in the country.

But $96b is merely a boulder on the mountain of $1.9t in mortgages that were funded in this country last year. There are hundreds of firms that are great at this game, and to be clear, the game we’re all playing right now is:

Can the incumbents get innovation before the startups get market share?

The short answer is yes. There is an ecosystem of software companies serving the industry, enabling the OG lenders who’ve mastered lending at scale to upgrade their technology, and that’s been happening for the past few years. Also, many of these lenders are great at dealmaking, and interesting deals continue to happen below the din of fintech press coverage.

So maybe Amazon or Google or Facebook eventually comes for all $1.9t in U.S. mortgages (actually 2017 will ‘only’ be about $1.6t), but until then, don’t count on any single player amassing too much market share in the near future. Incumbent lenders with upgraded technology will prove resilient in holding their market share just like Priceline has.

In closing, here’s a pro tip for growth/momentum investors interested in the lending technology revolution: Don’t focus on lenders trying to call themselves fintechs. Focus on fintech software companies who serve the lenders.
___
Reference: