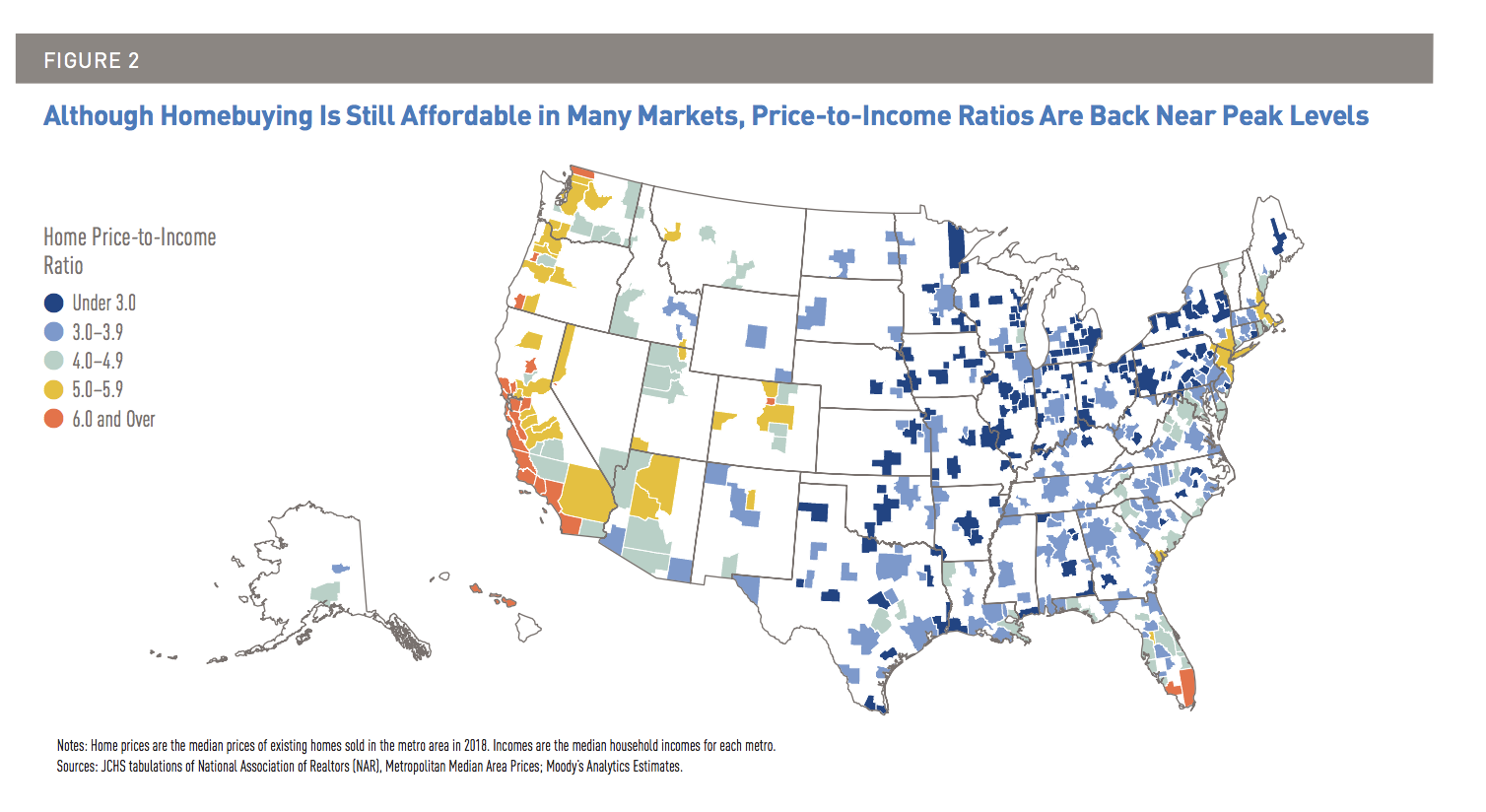 Harvard just put out its giant annual residential real estate report that’s equivalent of the State of the Union address for home buyers, sellers, and renters (aka all of us).

Just about every statistic you might need on real estate is in this report, but scouring can really feel like homework, and since summer just started, I’m doing you a solid by giving you the Cliff’s Notes below.

– New construction has struggled to keep up with population growth—ratio of homes built to household growth is at historic lows, which is a big reason housing inventory is so low.

– Housing affordability problems are concentrated in high-price areas: in metros where median home price is 5x median income, only 1/3 of sold homes are considered affordable.

– In metros were median home price is less than 3x median income, 84% of homes are considered affordable.

THE STATE OF RENTING

– Number of renters earning at least $75k a year has increased for 8 straight years—4.6 million more since 2010 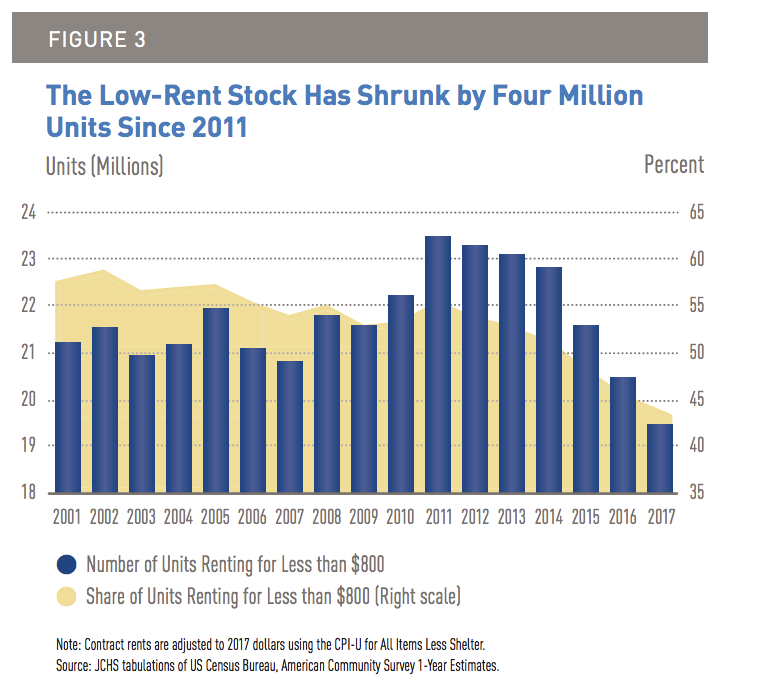 – Millennials average age 28, two groups of boomers—one group clustered in their 70s and others in mid-50s

– Next few years will see explosion of age 35-44 group as millennials age, adding 2.9 million in next decade

– Two-thirds of growth in this age segment will be households with children, potentially fueling housing demand

– Boomers don’t want to downsize, so will age in place and have to remodel homes for elder care

– Biggest increase in homeownership rate in households under 35 years old