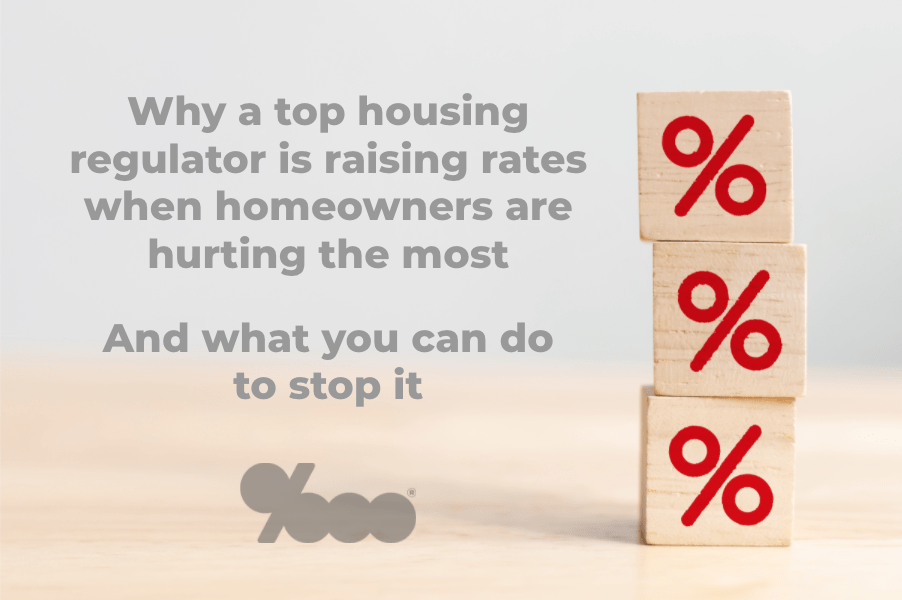 A top U.S. regulator might have just killed the 2020 mortgage refinance boom, removing low rate stimulus when Americans need it most. Here’s a rundown, and I’ll update this post as this situation plays out.

Those rules ultimately come from Fannie and Freddie’s regulator, the Federal Housing Finance Agency (FHFA), who this week made a rule lenders must pay 0.5% on every refinance loan they make to consumers.

Lenders pass these costs onto consumers, so this 0.5% fee effective September 1 will be added to fees quoted by lenders to consumers. On a $300,000 loan, this is an extra $1500 in closing costs.

This harms consumers when they need mortgage refinance stimulus most.

And the GSEs FHFA oversees already have the risk on these refis.

Agree with @MBAMortgage this is outrageous.

It harms consumers when they need it most.

And the GSEs FHFA oversees already have the risk on these refis.

And it harms consumers when they need it most pic.twitter.com/8iym8Bv2SV

Fannie/Freddie (regulated by FHFA) send these “loan level price adjustments” to lenders who price them into rate quotes.

So people pay .5% more in fees at closing or take a higher rate.

So people pay .5% more in fees at closing or take a higher rate

This FHFA 0.5% refi price hike is nonsense that hurts consumers when they need it most.

Here’s what I sent my Rep & Senators today, thanks to Mortgage Bankers Association’s Mortgage Action Alliance.

Only takes seconds (LINK BELOW), so all industry friends, please join in so we can help consumers…

This FHFA 0.5% refi price hike is nonsense that hurts consumers when they need it most. Here's what I sent my Rep & Senators today, thx to @MBAMortgage's Mortgage Action Alliance. Only takes seconds (LINK BELOW), so all industry friends, please join in…https://t.co/3WRyhz6j3e pic.twitter.com/PeQMgvFCYT

Spoiler alert: the FHFA is out to protect billionaires instead of consumers.

Everyone please refer to last post above and link to alert your reps/senators. It only takes seconds.

Here’s the link and it’s also in the tweet below.

And here's former MBA head David Stevens in @HousingWire laying out FHFA's policy lapses throughout this crisis. Everyone please refer to my tweet above and alert your reps/senators, it only takes seconds https://t.co/kZxDpmJkP9

As of this morning 7 senators, including 6 from the Senate Banking Committee, sent a letter to FHFA chief Mark Calabria asking him to remove the 0.5% refi premium surprisingly imposed last week.

Here’s Inside Mortgage Finance with an update:

The loan-level price adjustment, which affects mortgages slated for Sept. 1 and beyond delivery dates, applies to most Fannie Mae/Freddie Mac refinancing transactions.

The industry has been in an uproar since the LLPA was introduced roughly 10 days ago, saying it’s ill-timed given the pandemic and will hurt both consumers and lenders.

Signed by five Republicans and two Democrats, the letter says it’s “deeply troubling” the FHFA would allow the new fee “during what is universally agreed to be a period of great economic distress … We therefore request that you immediately act to require that the GSEs withdraw this fee to prevent further harm to everyday Americans and our economy.”

The elected officials add they find it distressing that such a large fee would be introduced “with no consultation with Congress and no notice to external stakeholders.”

They write: “While there is precedent for this type of charge going back to 2007, the 2007 charge was announced on December 5, 2007, and implemented on March 1, 2008. That’s over 11 weeks of notice compared to the two weeks for this most recent fee.”

All the posts above are from last year when housing’s top regulator, the FHFA, handed down some decisions that the industry rejected because the rules made rates artificially.

That situation was resolved in a great showing of industry working with regulators to do what’s right for the consumer.

Now the rate risk is different. It’s market driven. Last week, the Fed said it could slow mortgage bond buying to keep rates low — aka quantitative easing — as soon as November. Bond markets reacted sharply as you can see in the chart below, which demonstrates how rates are at 3 month highs. 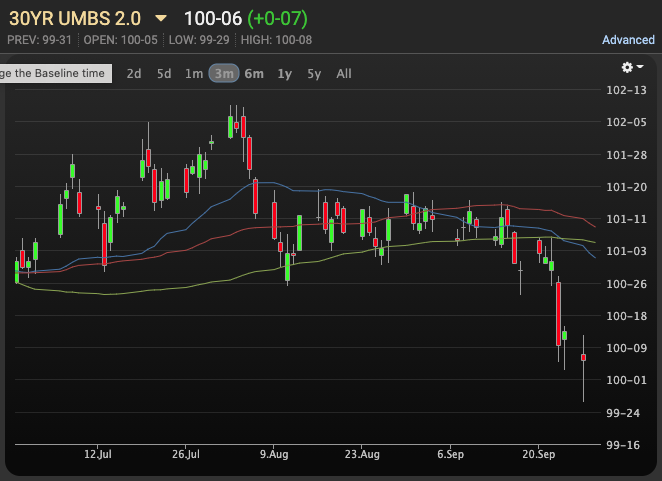