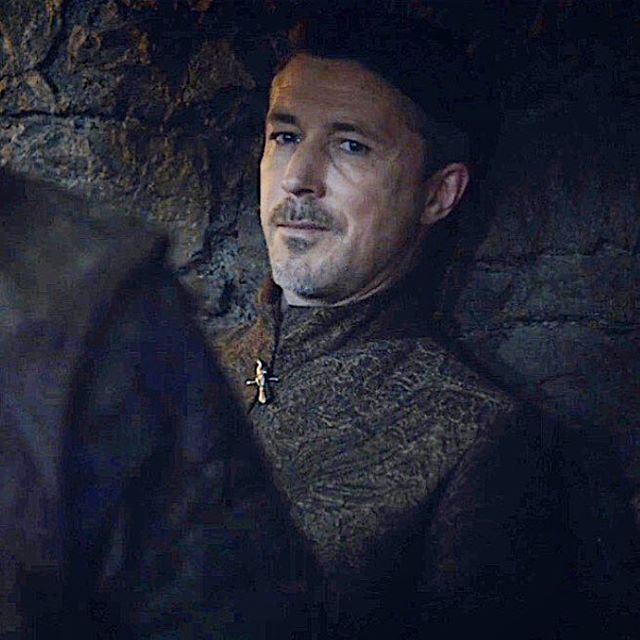 Everyone loves to hate the shadowy Petyr Baelish aka Littlefinger on Game of Thrones, but his naked ambition is no different than that of your shadowy work adversaries. So don’t let your hate blind you from three Littlefinger lessons that are actually quite powerful when used for greater good rather than self aggrandizement.

1. Chaos Is Indeed A Ladder…For Teams That Stick Together: Here’s Littlefinger’s Chaos Is A Ladder speech. Super toxic when viewed through the lens of his character’s motivations, but let’s take a closer look in a business context.

Chaos isn’t a pit. Chaos is a ladder. Many who try to climb it fail, and never get to try again. The fall breaks them. And some are given a chance to climb, but they refuse. They cling to the realm, or the gods, or love. Illusions. Only the ladder is real. The climb is all there is.

In business, the climb is all there is. Sure the system tells us to follow the realm (mission/vision statements) or the gods (those who got rich before you) or love (we’re here to serve our customers), but in the end, companies only exist to make money and climb the ladder of industry. It’s healthy to admit this because each of us is subject to that chaotic climb. It becomes unhealthy when cynics capitalize on chaos for their own gain. But the very root of our daily grind is to bring efficiency to chaos. We all fall every day while doing this. And these falls do indeed break many of us. But my goal is to not let the falls break those I work with. For those willing to fight their way out of the pit and get on the ladder, I try to help them climb. Many have done the same for me when I’ve fallen. Chaos is a given. Only helping others climb the ladder is real.

2. Fight Every Battle, Everywhere, Always. In Your Mind: Here’s another skin crawling Littlefinger speech, but again, let’s look at it through the lens good instead of villainy.

Don’t fight in the north, or the south. Fight every battle, everywhere, always … in your mind. Everyone is your enemy, everyone is your friend. Every possible series of events is happening all at once. Live that way and nothing will surprise you. Everything that happens will be something that you’ve seen before.

This Littlefinger advice is all about determining who you can trust, and it reminds me of some advice I got when I started my career in DC: tell only one person a juicy piece of news and if it never comes back to you, you know you can trust them. Here he is telling us to go into an unknown situation with caution because you don’t know who’s your friend or enemy yet. It also reminds me of another favorite quote: if you seek peace, plan for war. Doing this doesn’t mean you’re a villain. It means you’re protecting yourself and preparing for uncertain outcomes. Littlefinger gave this speech to Sansa Stark when he was trying to manipulate her into advancing herself and therefore him. But she took this advice and used it to help the greatest number of people, and ultimately protected herself by using this advice to evaluate the man who was dispensing it.

3. Always Assume The Worst From Those Who’ve Proven Incurably Selfish: Inherently good people are trusting and forgiving even when they shouldn’t be. They’re always trying to find the good in people, and some people are simply not good, whether that’s Littlefinger or that person down the hall who cannot help from doing the wrong thing. This last Littlefinger speech is useful to figure out when you cannot trust someone.

Again, he said this to Sansa in an effort to get her to turn against her sister. And Sansa provided perhaps the greatest lesson of GOT when she calls out Littlefinger once and for all, and sentences him. She admits to him that she’s a slow learner, but that she took this and other of his lessons, and ultimately came to the right decisions for her people. Which brings us full circle: she made great decisions on seemingly bad advice because it’s not bad advice. It’s great advice. It just originated from a bad man with bad intentions. May it live on when you use it for doing the right thing.