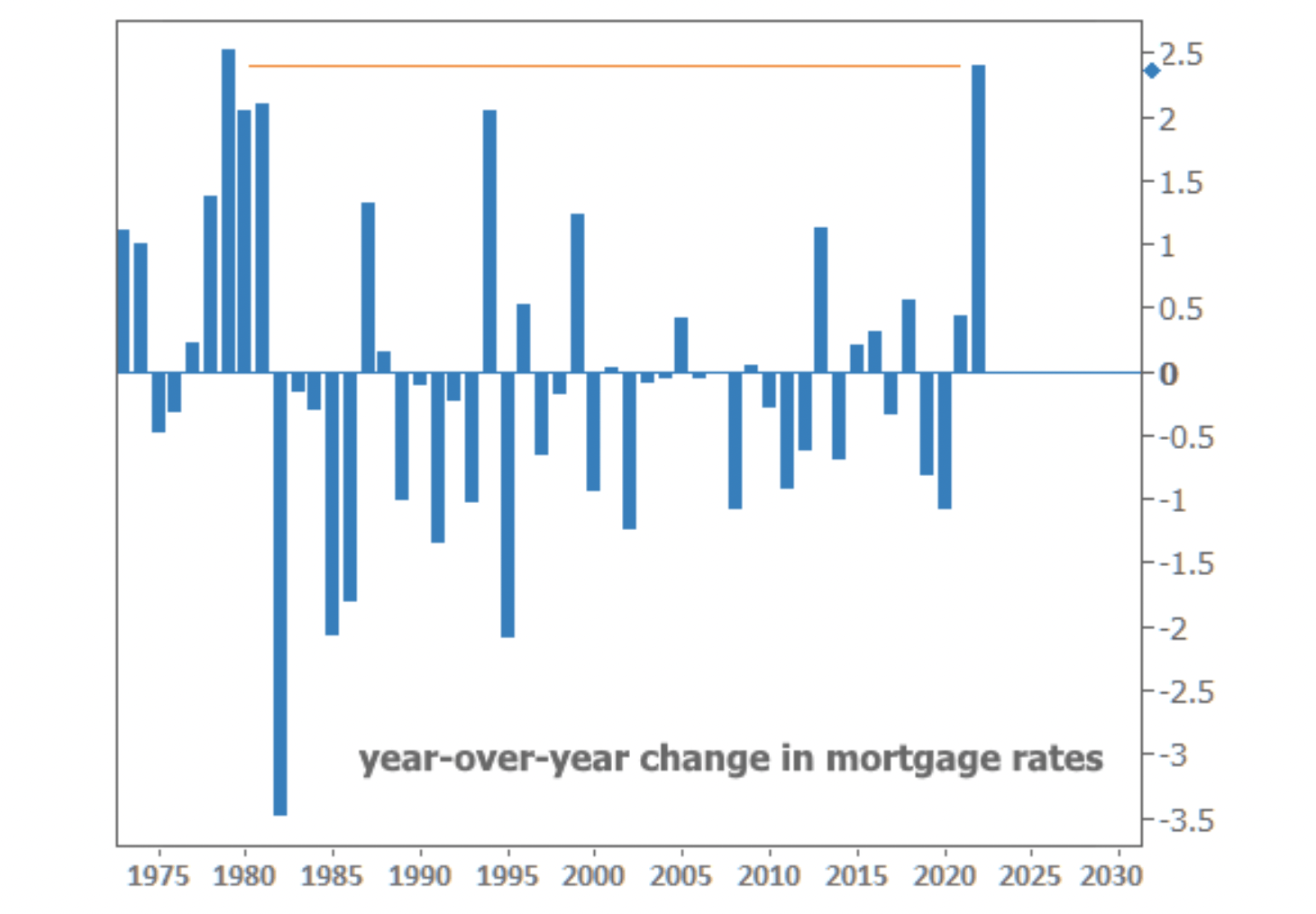 Check out this chart from my friend Matt Graham at Mortgage News Daily. It shows how 2022 mortgage rates have already risen the most since 1979, and it’s only June 10.

Granted, 3% is is an unsustainable record low. But it must also be granted that it’s a lot for consumers to digest when rates rise as fast as they have this year.

A few bits of perspective:

– Today was a horrible trading day for 2022 mortgage rates, and we may see some of today’s spike ease off, and bring rates to the mid-5s.

– Rates in the mid-5s are still reasonable in a historical context.

– Today was a horrible trading day because May CPI inflation came in at 8.6% annualized instead of the 8.3% expected, which would’ve indicated an inflation moderation rather than surge.

– So as the Fed keeps raising short-term rates to fight inflation, this will eventually work, and then long rates will ease off a bit.