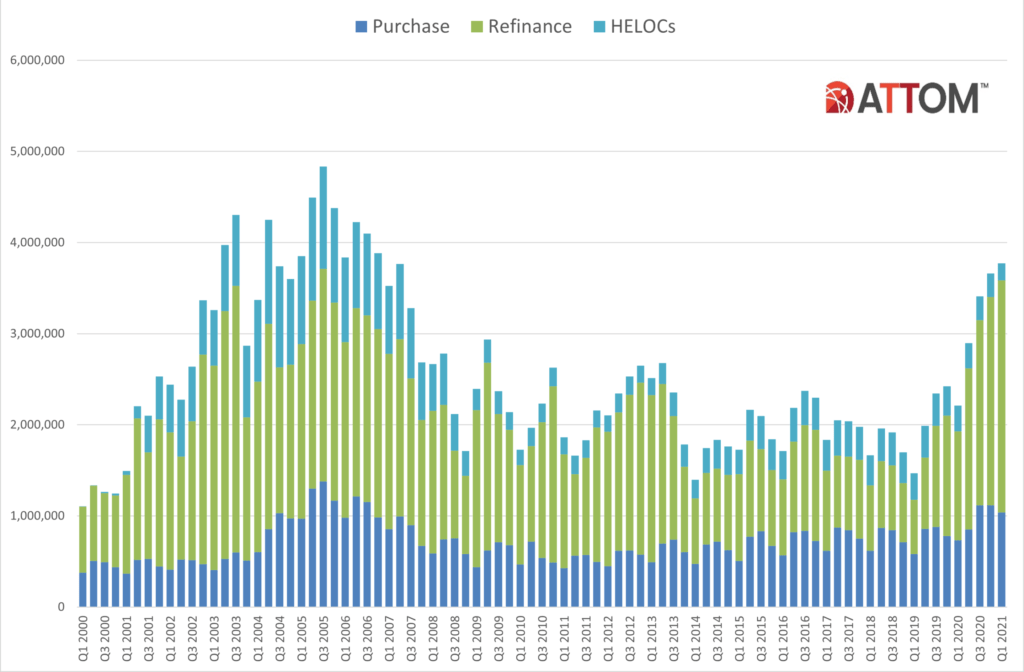 We began 2021 with a lot of chatter about how refis would drop almost $1 trillion.

Those projections are now much higher, expecting $3.4 trillion in total volume with 51% ($1.74 trillion) in refis.

This is the result of rates staying low despite inflation threats. Rates are tied to trading in mortgage bonds, and inflation threats typically cause bond prices to drop, which causes rates to rise. But that’s not happening yet.

The ATTOM research team also looks at mortgage origination volume, and they’ve got some good refi stats here that also get at the same trend.

They get more local in their analysis. Here’s some quick stats, and the link below has more.

Refinance mortgages accounted for at least three-quarters of all loans in 20 (9.5 percent) of the 211 metro areas with sufficient data.

– Mortgage refis were supposed to drop off in 2021, but so far tons of people are still able to get lower rates