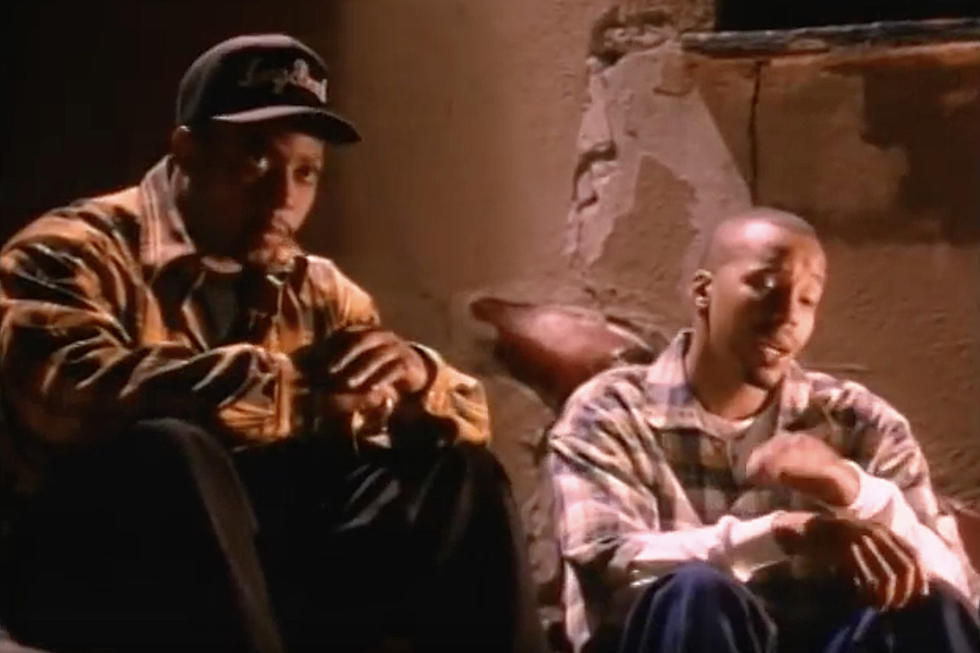 West Coast rap legend Nate Dogg died Tuesday at age 41 after ongoing health problems, including strokes in 2007 and 2008. As a tribute to the man who chilled out West Coast gangsta rap with his signature harmony, below is a hilarious plain English translation of his 1994 hit Regulate with Warren G. Thanks to JW and EL for sending the translation (source unknown). RIP Nate, you will be missed.

On a cool, clear night (typical to Southern California) Warren G travels through his neighborhood, searching for women with whom he might initiate sexual intercourse. He has chosen to engage in this pursuit alone.

Nate Dogg, having just arrived in Long Beach, seeks Warren. Ironically, Nate passes a car full of women who are excited to see him. He insists to the women that there is no cause for excitement.

Warren makes a left at 21st Street and Lewis Ave, where he sees a group of young men enjoying a game of dice together. He parks his car and greets them. He is excited to find people to play with, but to his chagrin, he discovers they intend to relieve him of his material possessions. Once the hopeful thieves reveal their firearms, Warren realizes he is in a considerable predicament.

Meanwhile, Nate passes the women, as they are low on his list of priorities. His primary concern is locating Warren. After curtly casting away the strumpets (whose interest in Nate was such that they crashed their automobile), he serendipitously stumbles upon his friend, Warren G, being held up by the young miscreants.

Warren, unaware that Nate is surreptitiously observing the scene unfold, is in disbelief that he’s being robbed. The perpetrators have taken jewelry and a name brand designer watch from Warren, who is so incredulous that he asks what else the robbers intend to steal. This is most likely a rhetorical question.

Observing these unfortunate proceedings, Nate realizes that he may have to use his firearm to deliver his friend from harm.

The tension crescendos as the robbers point their guns to Warren’s head. Warren senses the gravity of his situation. He cannot believe the events unfolding could happen in his own neighborhood. As he imagines himself escaping in a surreal fashion, he catches a glimpse of his friend, Nate.

Nate has seventeen cartridges to expend (sixteen residing in the pistol’s magazine, with a solitary round placed in the chamber and ready to be fired) on the group of robbers, and he uses many of them. Afterward, he generously shares the credit for neutralizing the situation with Warren, though it is clear that Nate did all of the difficult work. Putting congratulations aside, Nate quickly reminds himself that he has committed multiple homicides to save Warren before letting his friend know that there are females nearby if he wishes to fornicate with them.

Warren recalls that it was the promise of copulation that coaxed him away from his previous activities, and is thankful that Nate knows a way to satisfy these urges.

The third verse is more expository, with Warren and Nate explaining their G Funk musical style. Warren displays his bravado by claiming that individuals with equivalent knowledge could not even attempt to approach his level of lyrical mastery. There follows a brief discussion of the genre’s musicological features, with special care taken to point out that in said milieu the rhythm is not in fact the rhythm, as one might assume, but actually the bass. Similarly the bass serves a purpose closer to that which the treble would in more traditional musical forms.

Nate goes on to note that if any third party smokes as he does, they would find themselves in a state of intoxication daily (from Nate’s other works, it can be inferred that the substance referenced is marijuana). Nate concludes his delineation of the night by issuing a vague threat to “busters,” suggesting that he and Warren will further “regulate” any potential incidents in the future (presumably by engaging their enemies with small arms fire).