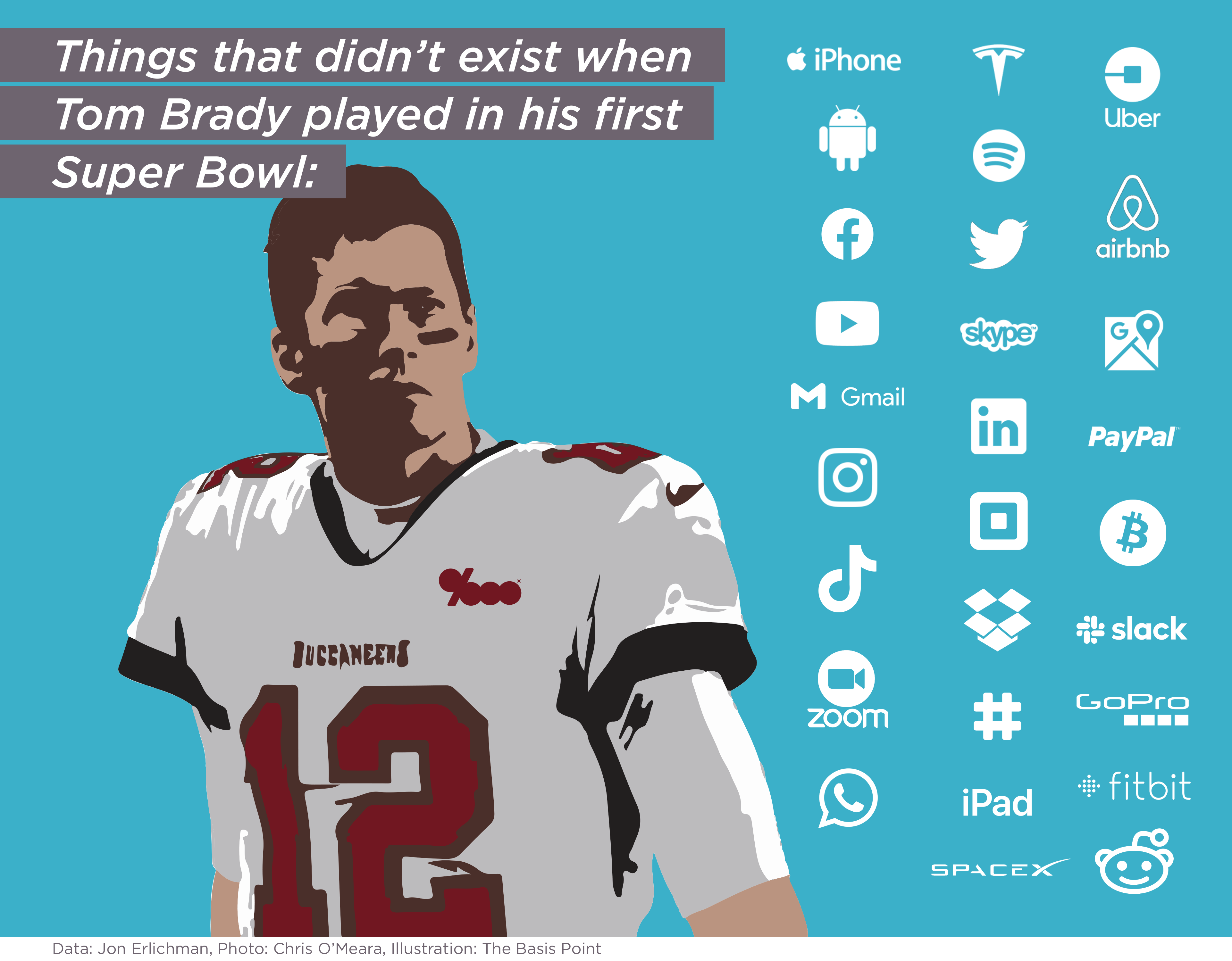 Pretty much our entire consumer technology existence today didn’t exist when Tom Brady played in his first Super Bowl. This image is The Basis Point’s artistic tribute to the mighty Tom Brady and Jon Erlichman, whose sports and data packaging dominance (respectively) speaks for itself.

There isn’t any consumer who doesn’t use at least one of these apps or companies. And most of us do use — or have used — nearly all of them. Granted, Brady’s first Super Bowl appearance was 2002. But still, this list of innovations since then is staggering.

And just think of the things that aren’t on this list. Innovation moves fast, and it’ll keep getting faster. So we all gotta try our best to be like Brady and get sharper as we age…
___
Reference:

Things that didn’t exist when Tom Brady played in his first Super Bowl: