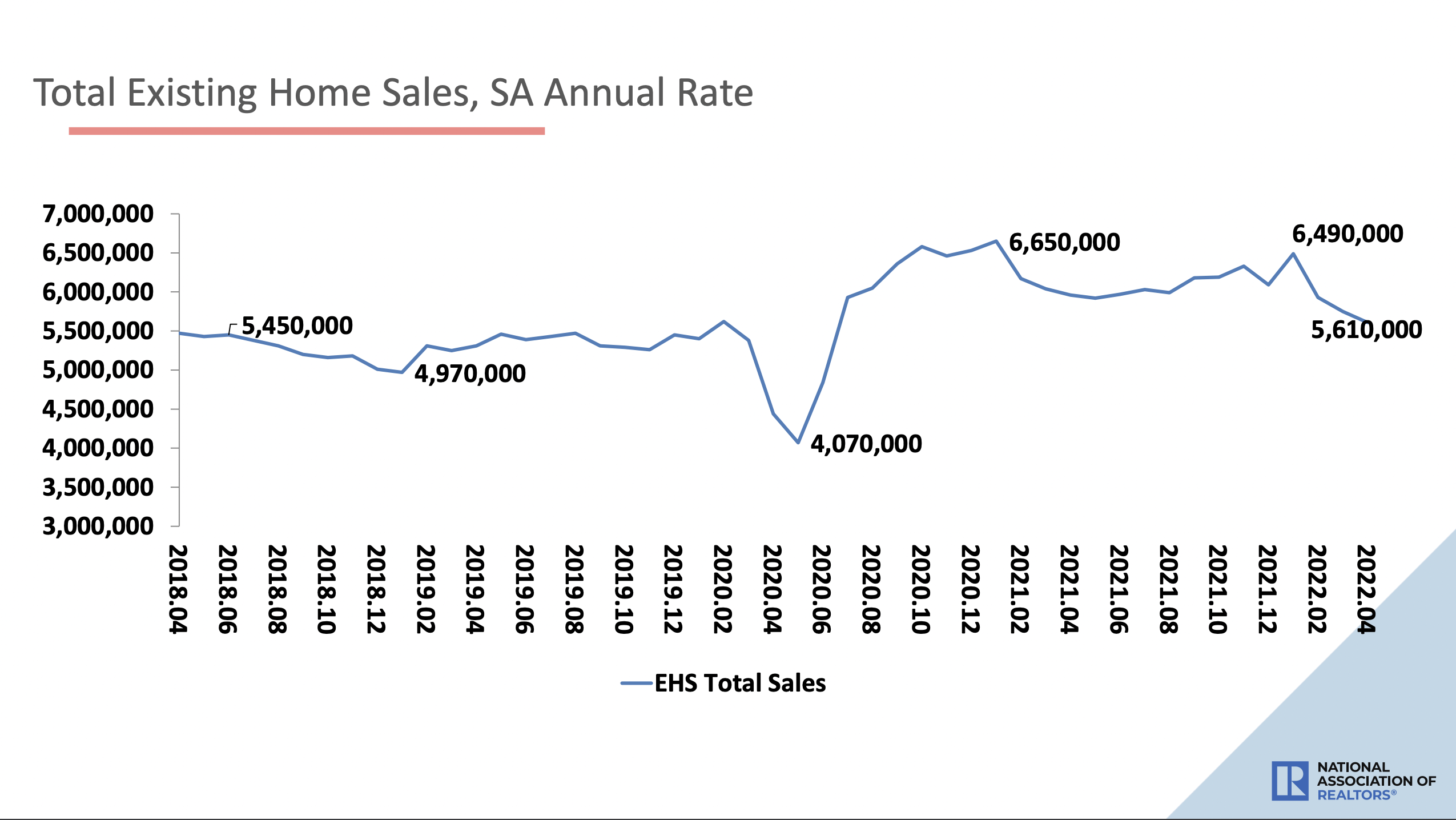 Here’s some key stats from the NAR’s report on existing home sales for April, released today, which were down for third straight month (see chart)

Individual investors or second-home buyers, who make up many cash sales, purchased 17% of homes in April, down from 18% in March and equal to 17% in April 2021.

Distressed sales – foreclosures and short sales – represented less than 1% of sales in April, equal to the percentage seen in March and down from 2% in April 2021.