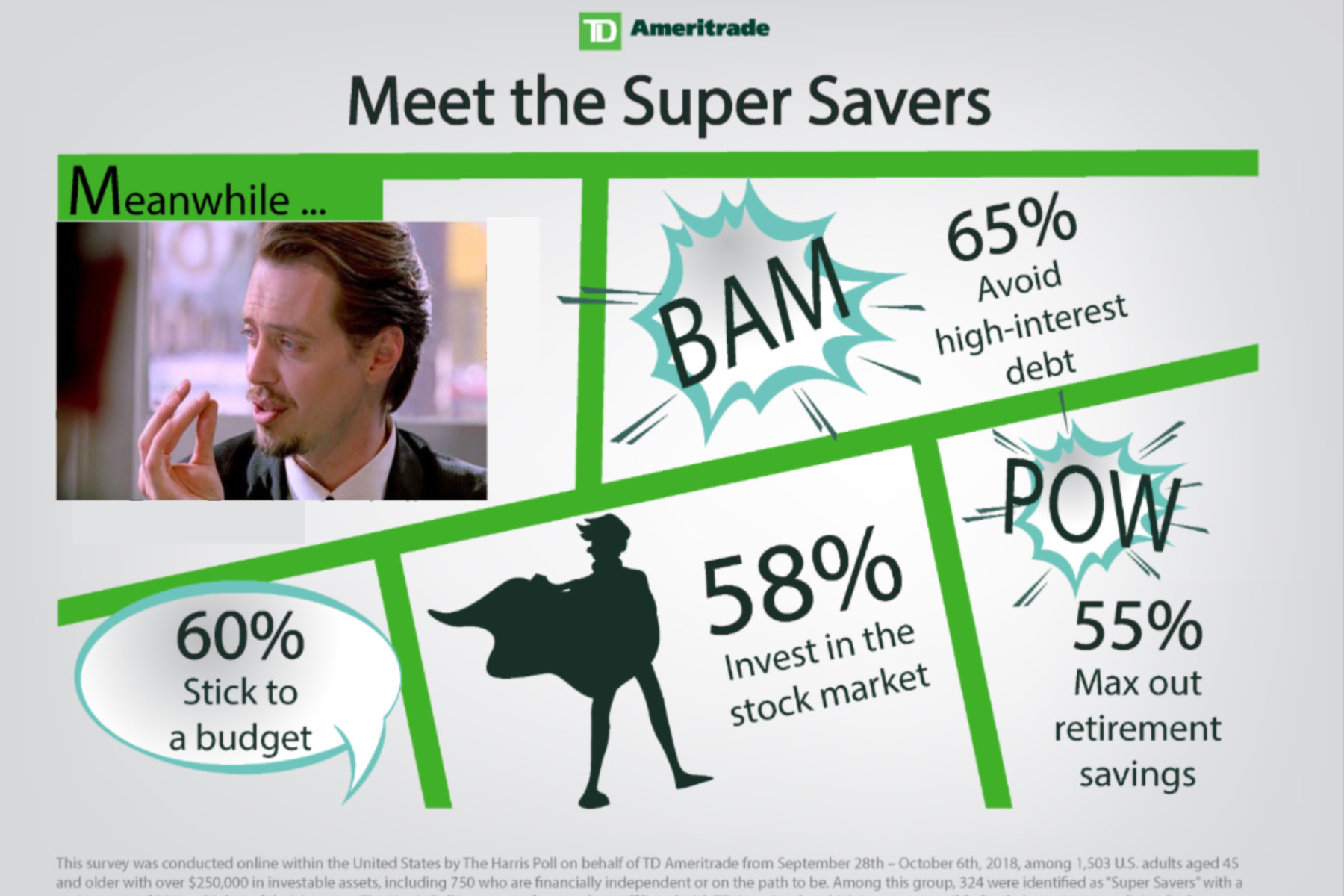 This time on STAT FIGHT, we’re pitting penny-pinchers versus the rest of us.

Who’s going to win: you or the guy who doesn’t tip in Reservoir Dogs?

The huge investment brokerage TD Ameritrade came out with a survey that claimed to reveal the “secrets” of “super savers,” who are people that save more than 20% of their income.

Those kind of people exist?!

TD’s survey says super-savers save almost 30% of their income. We puny non-supers only save 6% on average. Half of super-savers started their Scrooge-like habits before age 30.

But here are some revealing stats: super savers only spend 14 percent of their income on housing, compared to 23 percent of income for the rest of us who must just be financially illiterate, right?

Here’s the kicker—super savers spend the same amount on travel as the masses—7 percent of income.

The rest of the stats are no surprise: super savers budget, save for retirement, invest in the stock market, blah blah blah.

Where did TD find these people? The fine print tells us a lot…

This survey was conducted online within the United States by The Harris Poll on behalf of TD Ameritrade from September 28 – October 6, 2018, among 1,503 U.S. adults aged 45 and older with over $250,000 in investable assets. Among this group, 324 were identified as “Super Savers” with a savings rate of 20 percent or higher of their income.

What?! They only asked older people with a ton of money about saving and are acting like they’re revealing some fundamental financial truth? F**k that!

Or should you forego every daily comfort and live like a monk to emulate these super savers until you too have at least $250,000 liquid?

So that’s the set up. Now grab your neighbor at work and head out for a STAT FIGHT over a $5 latte! And don’t forget to tip … your barista’s trying to save too, you know.

– Shout out to Michael Batnick at the Ritholtz team for flagging this data for us!