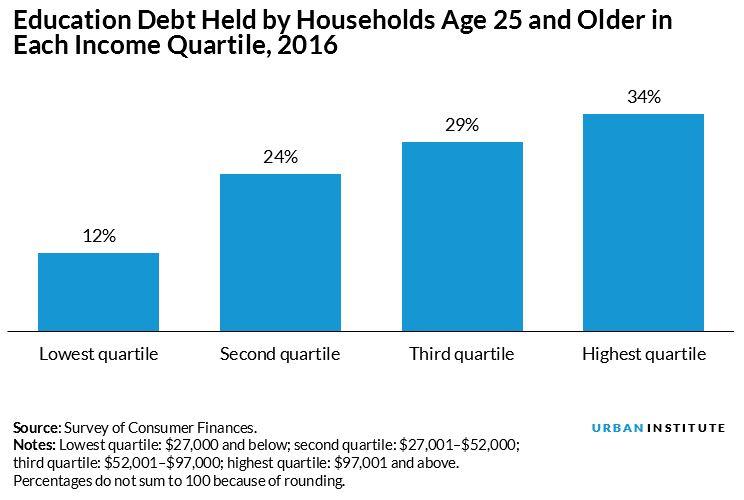 We still have bruises from the Instagram comment war that erupted after our last student debt STAT FIGHT yesterday, but we’re suckers for punishment so we’re going to dive back into student loans.

As the comments on that post will show you, student loans seem like a huge drag on the economy. But who do they really affect? Are the poorest and most vulnerable among us shouldering an unbearable burden?

Not at all, if you look at new data from the Urban Institute. Apparently, households with the highest incomes have the highest student debt loads, and lower earners have less student debt. We touched on this earlier—the people most likely to default on student loans are those who took out the smallest loans.

This makes sense—if you get a degree from a good, expensive school, you’re likely to make more money. And poorer folks can’t afford all the costs of college even with loans (or other systemic problems that afflict the poor prevent them from attending).

We’ll go deeper on this, but for now, check out the data below.

– Which Households Hold the Most Student Debt? (Urban Institute)