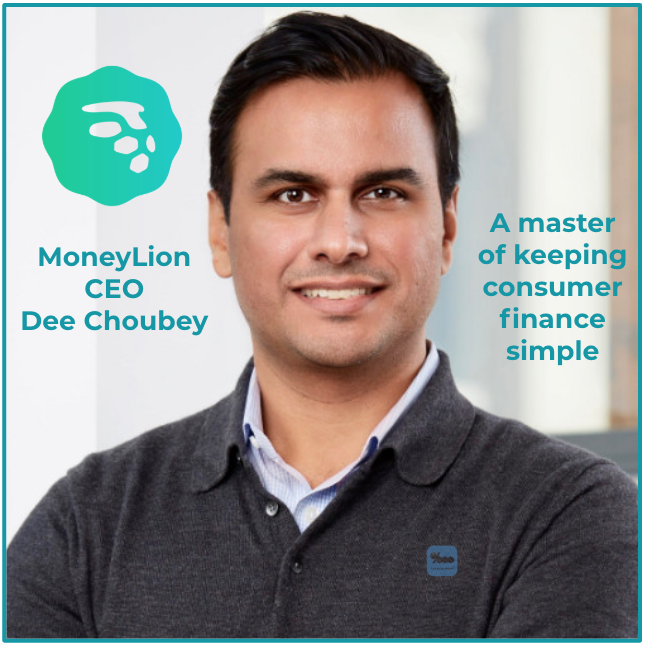 One word in consumer finance has become more common, and more grating, than all others during 2018. Spoiler alert: it’s not “fintech.” But that word plays a part in this story, so let’s get into it.

It was a setup. Everyone was wrong because “lending and technology are one and the same.”

.@QuickenLoans chairman @billemerson just Jedi mind tricked #digmortgage18 audience by asking who’s in lending then separately asking who’s in technology. Then he said we’re all wrong. Because lending and technology are one and the same. ??? #Digmortgage2018 pic.twitter.com/RO3P1p6KhW

This was Bill’s zen-like way of telling all of us to keep up, get our sh*t together, and present what we do in simple language consumers can relate to. This should apply all the time, whether you’re in a routine meeting with colleagues or partners, writing a consumer marketing campaign, or talking you your family at the holiday dinner table.

This moment stuck with me because simplicity matters most in complex areas like finance and technology. Fintech is the prevailing word that encompasses these two disciplines, and even though fintech was added to the dictionary in 2018, it’s a business term unknown to most so you can’t just say “we’re a fintech” as a consumer message. And it doesn’t pass the consumer marketing or holiday dinner tests noted above either.

If you’re in fintech and don’t believe me, say “I’m in fintech” to a family member or friend this holiday season when they ask “what do you do again?” and let me know how many questions you have to answer after that.

Think about it. Fintech doesn’t — and shouldn’t — mean anything to consumers who need mortgages, personal loans, student loans, deposit accounts, investments, insurance, etc. This is already difficult subject matter, so the consumer message has to be about advice, certainty (for loan products), speed, and ease.

Which brings us to the most overused financial technology word of 2018: frictionless.

Instead of being easy, everything has to be frictionless. We’re building a frictionless future. We’re removing the friction for consumers.

I have an idea (that’s worth billions of marketing dollars): let’s remove this friction from our language.

There are two problems with it: (1) ironically, it adds complexity, and (2) overusing language like ‘frictionless’ always creeps into consumer messaging.

In half a day at another conference last month, I heard frictionless 10-12 times from speakers as they described the experience they deliver to consumers, and I wanted to puke on my neighbor’s Allbirds.

One notable exception was Dee Choubey, CEO of digital bank MoneyLion, which he founded in 2013 and already has 3 million customers. Dee’s got it down. It’s never about what the company does. It’s always about what the consumer is trying to accomplish in their life. And it’s always plain language. America’s first and most powerful financial membership. On a mission to make money more approachable. These are messages all businesspeople and consumers can relate to.

So far I haven’t seen Dee waver on this, even when talking to business audiences. Remember from above that we all must push to present what we do in simple language consumers can relate to. It takes extra special discipline to do this even when talking to colleagues and partners. The consumer message IS the business message, and not only is two sets of language (business and consumer) unnecessary, it clouds the endgame. Dee understands this, and should be watched as a model for how it’s done.

Which brings us back around to zen master Bill. Quicken Loans is another model for consumer-first messaging, and still the gold standard. They began in 1985 as a traditional branch-based lender but pivoted in 1999 to tech-focused direct-to-consumer model and is now the number one retail mortgage lender in America. They funded $63.3 billion in mortgages the first nine months of 2018, beating $55.4 billion for Wells Fargo, $35.3 billion for JPM Chase, $31.8 billion for Bank of America, and $21.5 billion for loanDepot according to Inside Mortgage Finance.

Why? Because Quicken Loans doesn’t junk up their consumer vision with words like fintech and frictionless. They’ve spent billions on campaigns to simplify complex finance jargon into terms anyone can understand, including their flagship 2018 ad campaign in which Keegan Michael Key is a translator who makes the complex simple.

We all must master this simplicity.

It always matters, even if you’re not a consumer facing company. Maybe you make software that powers the consumer-facing companies and think this doesn’t apply to you. Wrong. You have even more influence on consumer messaging because consumer companies look to you to make them innovative. So remember the consumer. They’re not trying to remove friction. They just want finance to to be easier. Synonyms, yes. But as the success stories of tomorrow are being written, every line matters, and we have to get it right.

So I ask you all to please think about this next time you say or hear “frictionless.” And if I’m around, watch out for your Allbirds.