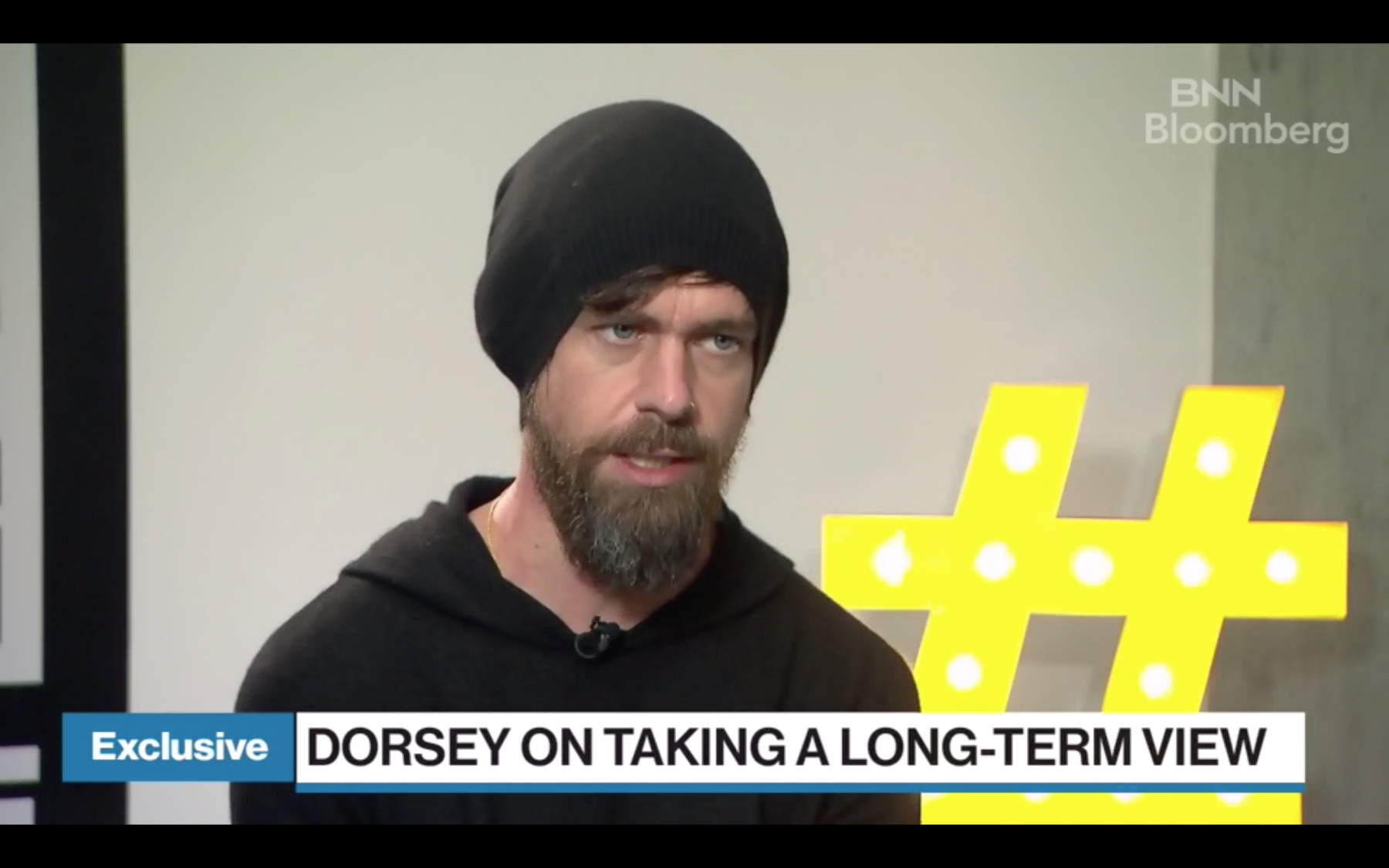 BNN Bloomberg’s Jon Erlichman just did an extended interview last week with Twitter & Square CEO Jack Dorsey, who—make no mistake—is at the center of the most important consumer media and finance revolutions of the modern era.

And compared to many other social and financial technology CEOs, he’s way more thoughtful.

It’s not only about deals, growth, and money. It’s also about societal legacy, which is about as magnanimous as it’s going to get with companies and leaders who have this much influence.

That said, this interview (in 2 parts below) is a must watch.

I’ll kick you off with an excerpt that had the most impact on me. Erlichman asked Dorsey if he had a vision on where he thought Twitter would be in 10 years, and below is Dorsey’s answer.

I think Dorsey’s focus on getting conviction on what you believe is deep AF.

You could argue it’s easy for an exec worth $5 billion personally and running companies worth $58 billion (Twitter $27b and Square $31b) to think this way. But running any company—especially scale media and finance companies—is frenetic and vision is squirrelly.

That’s why I think finding what you believe transcends standard “Our Vision” bullshit. It grounds the philosophy of “having a company vision” in something more controllable … and something that drives passion and motivation.

Or maybe what I believe is simply that Dorsey’s beanie on Bloomberg won the day. You decide…

I think visions are tough because it suggests that you have perfect clarity on a certain endpoint.

And I would rather focus on what we believe, and getting a lot of conviction around what we believe. And then test some hypotheses towards it, and work on a very long timeframe. Because it’s very rare that you can do anything instrumental or important in a span of a quarter or a year.

Often times these things take three years, four years, five years to click. And if we get too short term in our thinking, we miss an opportunity to be truly creative and go a level deeper into what we’re trying to build.

So I try to focus myself on what I believe is possible or feels impossible today, and what’s blocking us from making it possible. And then the guide and the vision really stems from that.

But if we get too concrete around a particular vision or a particular direction, a new technology might come up which completely makes what we thought was right irrelevant.