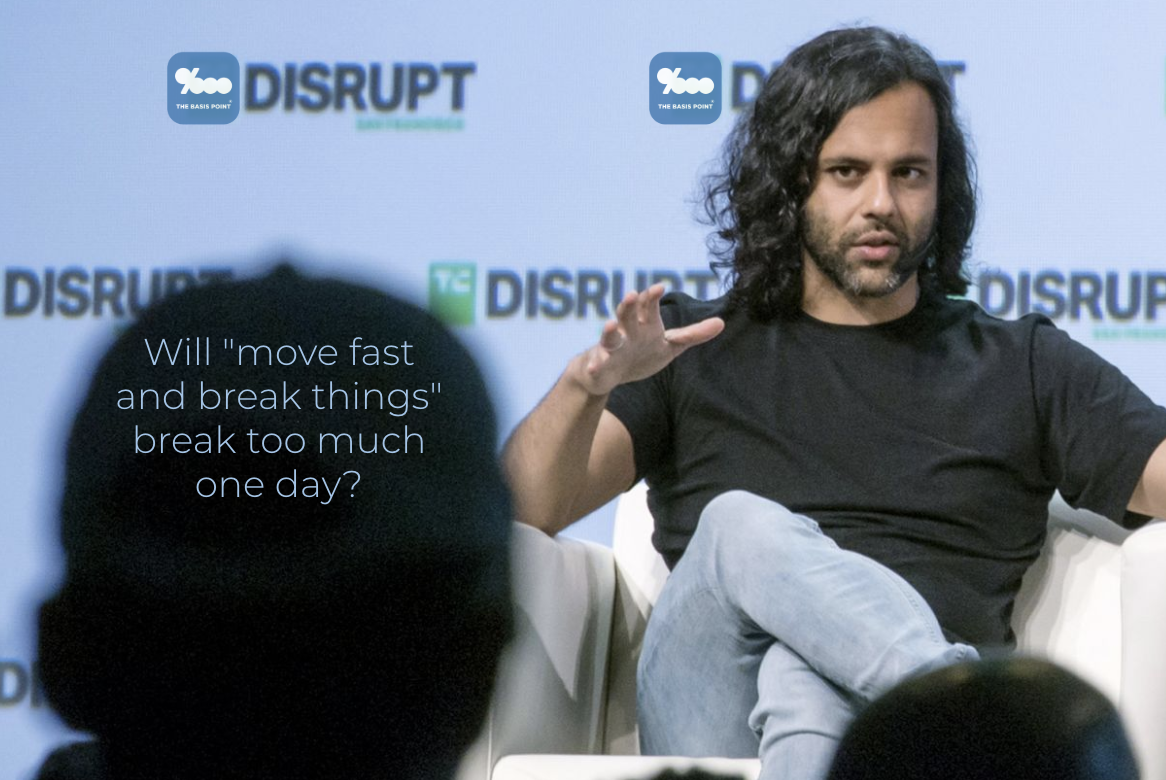 The big fintech news of the moment is Robinhood’s stumble in its latest attempt to expand its product line.

In short, the startup brokerage didn’t let a key regulator know about its plan to launch what it called a checking and savings account with a 3 percent interest rate (!) that actually functions more in line with a money market account.

The company backpedaled after the finance industry basically reacted by saying “uh, what?” and said it would re-brand and revamp its “cash management service.”

I’ve followed the company and its expanding product line for several years and I feel that this moment is a culmination of several threads in the disruption narrative of the personal finance, wealth management and investing spaces. By no means is this a stop sign for Robinhood—with the company’s capitalization and user base, it has a lot of goodwill and capital to burn before it has anything to worry about.

However, I’m seeing a convergence of two things here: (1) the tension between a disruptive attitude and the need to expand fintech product lines and (2) the styles with which upstart financial services companies engage with regulators.

The former thread brings two companies to mind—Wealthfront and Acorns.

Wealthfront this year was the target of a Wired article that attacked the company’s foray into active investing through a “risk parity fund.”

Felix Salmon’s Wired article said it better than I can, but in short, what is ostensibly an industry-trend-bucking company diverting from a core pillar of its ethos might seem like selling out.

Along that note, set-it-and-forget-it micro-investing startup Acorns recently announced that it was launching a debit card called Acorns Spend.

Now this is nowhere near as seemingly oxymoronic as a roboadvisor turning to active investing, but I have several friends who are Acorns users and love the investing product. What they like about it, however, seems to be its “invisible” nature—they open and fund an Acorns account, and then forget about it. When they remember it exists a few months or years later, it’s grown and they’re super happy with it.

Given that good experience, a consumer might want to engage more with a brand and sign up for a card—but they also might just love setting, forgetting and profiting.

Acorns is investing in engagement—look at its education platform Acorns Grow—so the company is obviously hoping the former is the case. Only about five percent of Acorns’ install base signed up for the card around the time of the announcement, but perhaps that number will rise through word-of-mouth as the cards get out in the wild.

Again, not quite oxymoronic, but you can see an expanding product line (read: the need for new revenue streams) starts to jostle against the confines of a specific disruptive vision of making investing an everyday, easy thing.

The Acorns example brings us to the next thread and back to Robinhood—styles of regulator engagement.

Acorns’ executive team is made up of financial services vets like COO Manning Field, a reformed J.P. Morgan Chase lifer and the company was founded by Walter Cruttenden and his son Jeff (Walter was CEO of E*Trade’s investment bank for many years). Field sits on a federal consumer protection advisory board—meaning a fintech startup has the ear of regulators and insight into its processes.

Contrast that approach with  the Robinhood scenario this week.

The two companies are doing similar things—rapidly expanding product lines while attempting to maintain a clear disruptive vision. But one is aligning with regulators while the other either didn’t think to or didn’t think it needed to.

Robinhood’s vision and approach so far has certainly excited investors and the investing public. This episode has raised the clear question of whether “move fast and break things” might break too much one day in the consumer finance space.