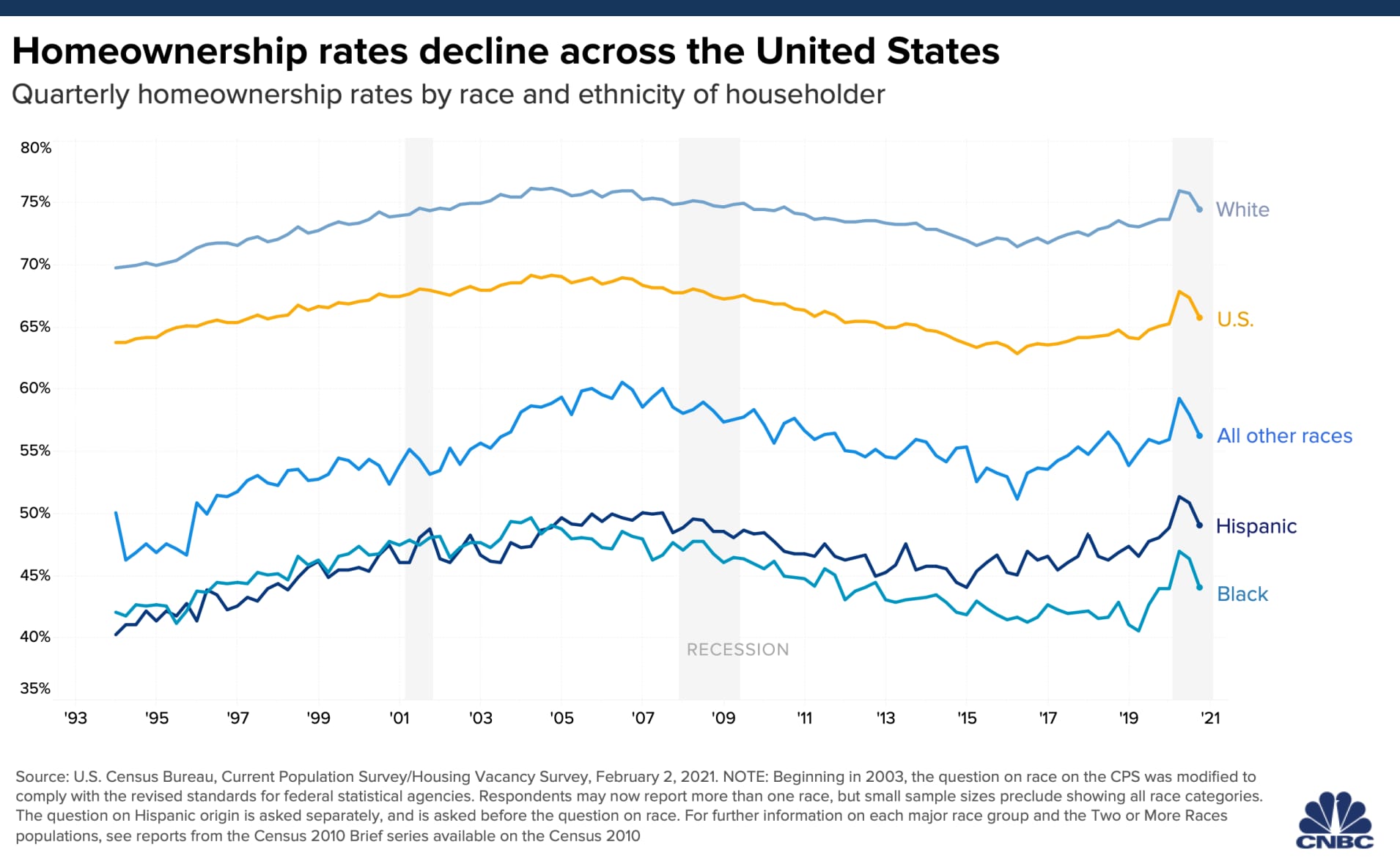 Here’s a chart on the white, black, hispanic homeownership rate from 1993 to 2021. Some banks and lenders are finally starting to overt about addressing lower non-white homeownership rates. In the Big Bank space, Chase just announced a homebuyer grant program where qualified homebuyers can get $5,000 grant when getting a Chase home loan.

Based on this, let’s do some comparing.

If you bought a home at this median price with 5% down, you’d need $10,730 for your down payment plus closing costs, which you can finance in some cases. So if you got a $5000 homebuyer grant, it would ease cash needed to close quite a bit.

Then it’s about comparing the monthly costs, which I’ve broken down below. 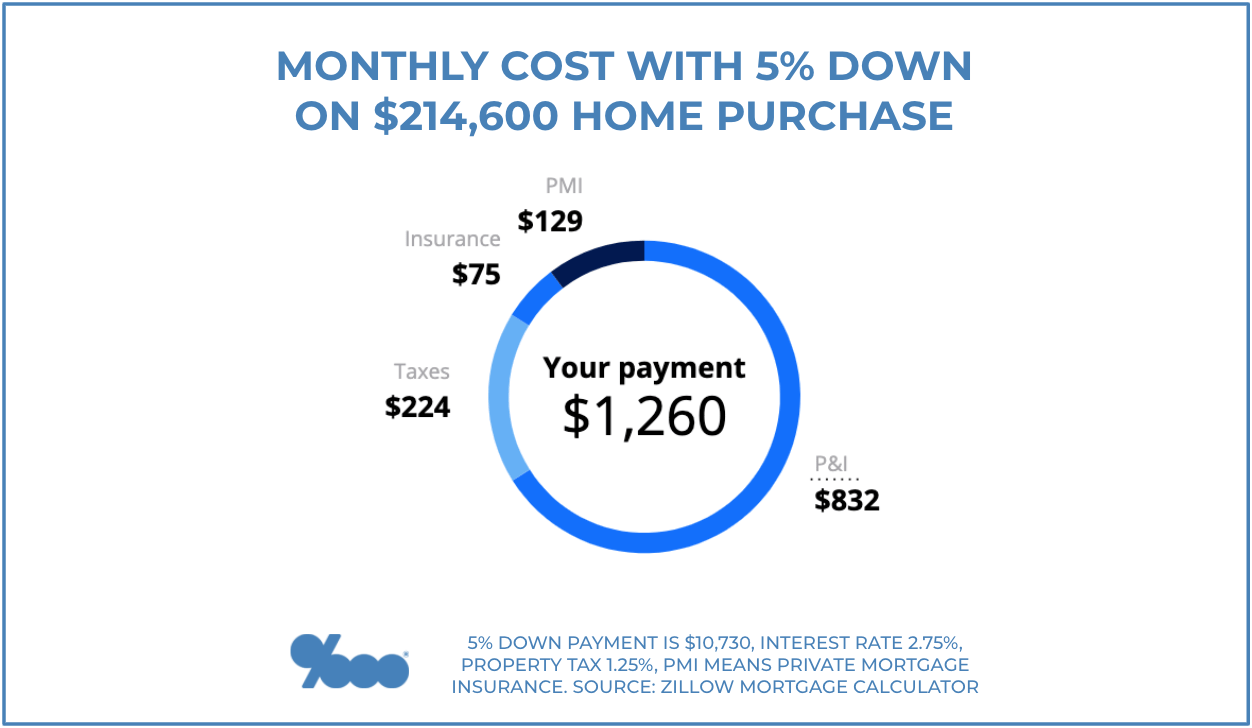 So it’s $1260 all-in monthly cost to buy a home at the current median home purchase price used in the latest homeownership rate 2021 report.

And it’s $1190 to rent according to that same dataset.

Not bad when comparing the difference between renting and owning a home. And you’d need $5000 to $10,000 in cash at closing to make this happen depending on the grants you could get.

Obviously these are national stats and all real estate is local. But it does show homeownership is possible.

And good on Chase for committing real money to racial equity in homeownership. Hopefully this helps other lenders connect the dots between marketing talk and lending action. Chase is a good start as America’s number 5 mortgage lender, having funded $133 billion in 2020 mortgage volume. But America’s mortgage industry funded about $3.6 trillion last year, so all lenders need to get in the game of racial equity for these non-white homeownership rates to grow.

And below are a few links on homeownership rate 2021 data and news.
___
Reference: