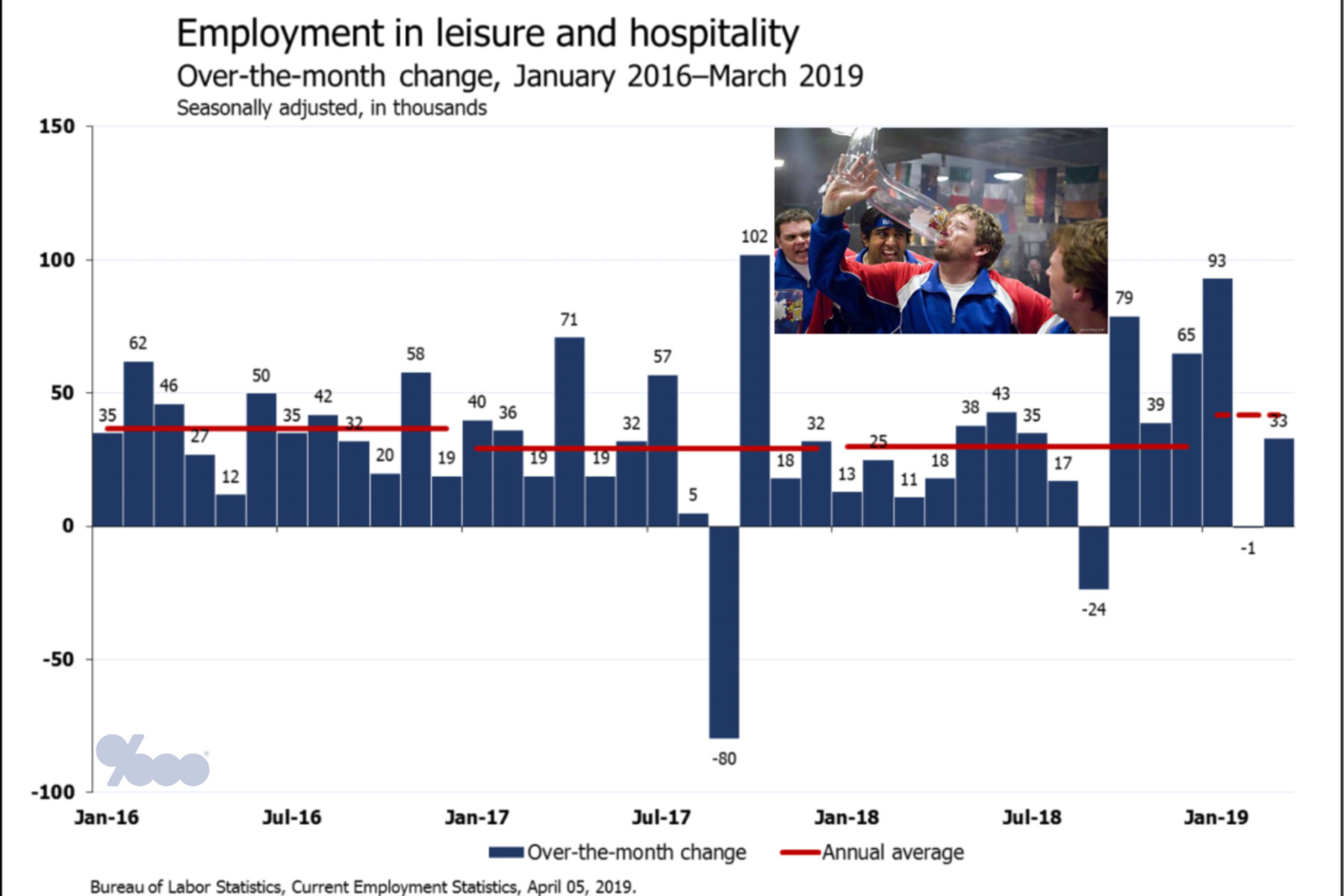 Every month, the U.S. government releases data on how many people have jobs and where they’re working. You don’t care about most of this stuff—it’s mostly fodder for economists to debate each other. But some of it matters dearly to you because it goes back to your neighborhood watering hole.

The Bureau of Labor Statistics keeps track of employment in all the sectors of the economy. Your local dive bar falls under the “leisure and hospitality” sector of the economy, specifically under the “drinking places” label. Yup, Drinking Places is the official government lingo for Paddy’s Pub.

Well, what does the government have to say about drinking places? They’re doing well! Bars added 88,000 jobs in March, which is good for the economy, but maybe a sign that everyone should cool it on the drinking a bit, yeah?

Maybe we can call this employment burst the St. Patrick’s Day bump. That lets you boozehounds off the hook until next month’s jobs report, but just know that I’m on to you!

And in all seriousness, here is one important item to know about jobs reports. They do impact mortgage rates in a bizarro reverse way. Rates drop when the jobs report is weak, and vice versa.

Today rates are down slightly because, even though the economy added 196,000 new jobs for March, rate traders still viewed February jobs growth as being so bad that the two month trend is still weak. Also wage growth dropped a bit which is also a weaker sign that helps rates.