New data from First American says homeowners are staying in their homes for the longest duration in 18 years. That doesn’t just mean you’re sitting around watching Netflix (which is also true) but it means fewer people are moving homes than in nearly two decades.

There’s nowhere for them to move to and fewer chances to get a deal. There’s been a famine of new homes to buy and rates were lower for people who have bought in the past few years. Why would you move if you got a worse deal on a new mortgage?

Also, check out the language at the bottom of this post— “more than half of all existing-homes are owned by baby boomers and the silent generation, who will eventually age out of homeownership.”

Age out of homeownership? Uh, you mean die?

(I know, I know, some people move in with their kids, downsize or go to an old folks’ home, but that phrasing just sounds like some marketing person was trying to find a way around saying “die.”)

People are staying in their homes longer and longer 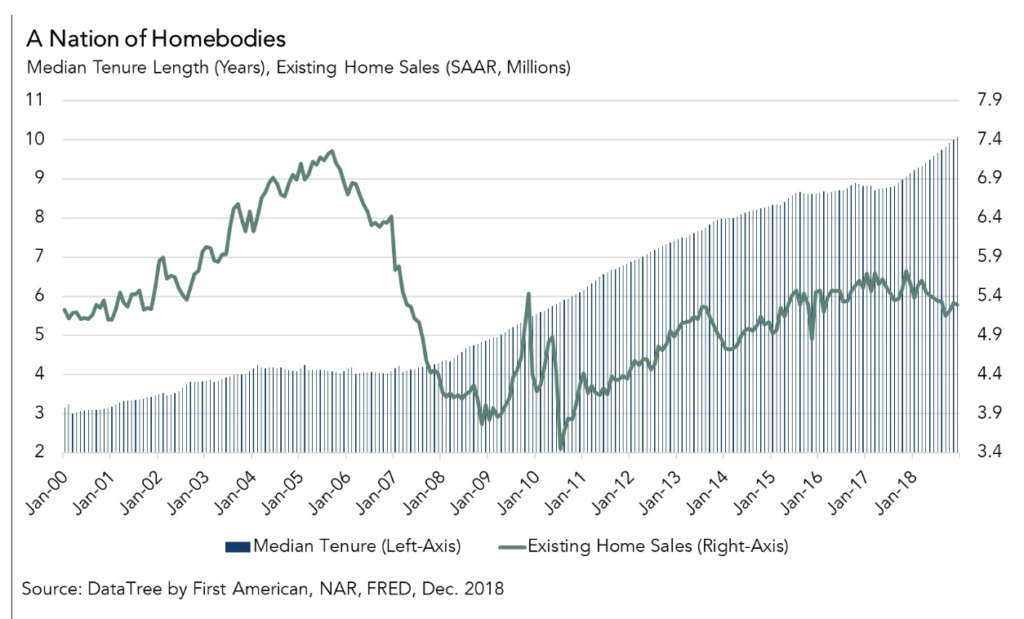 – Blame The Homebodies: Why Are Homeowners Staying In Their Homes So Long? (First American)