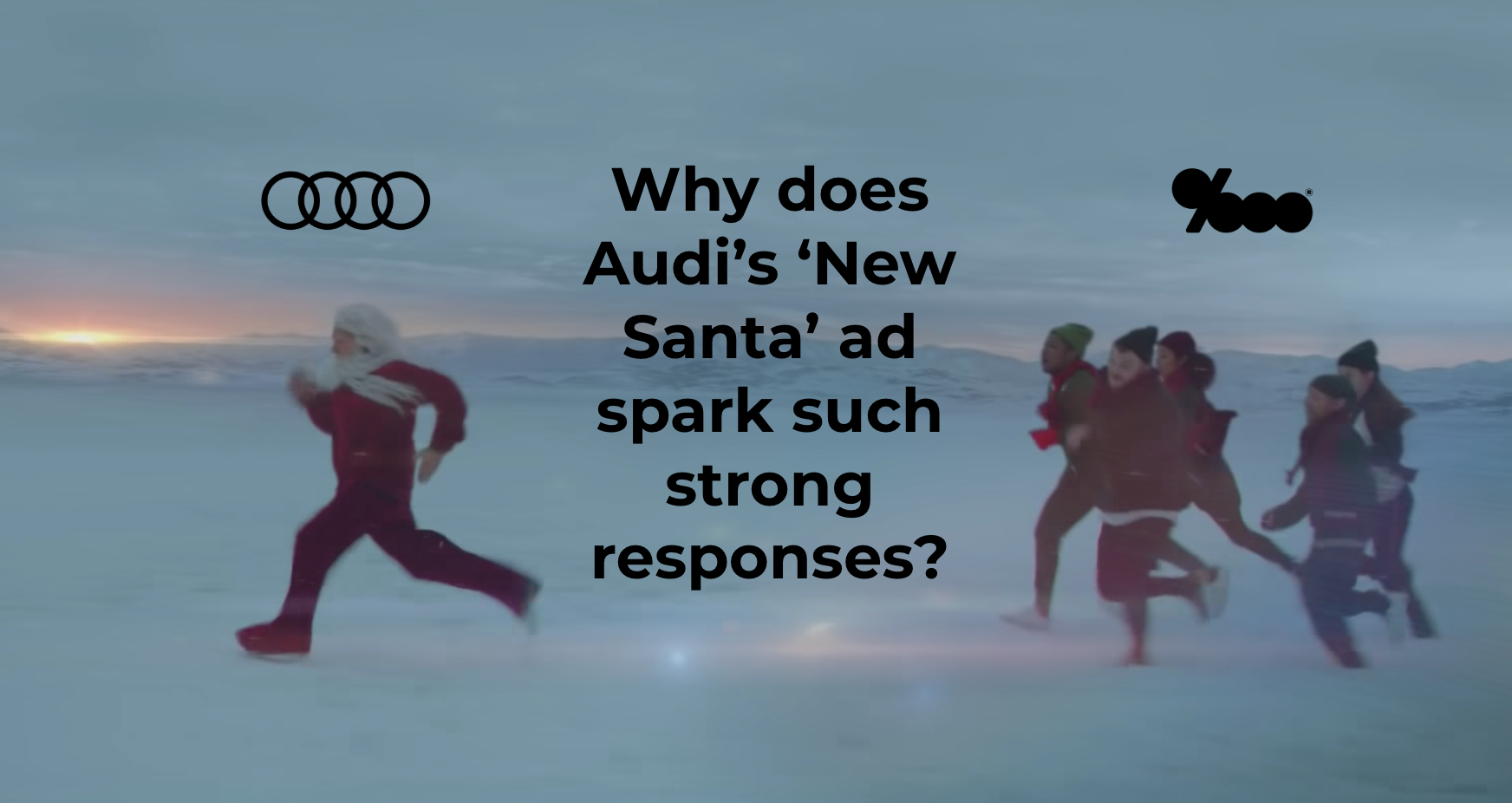 [Editor’s note: below are two takes from me and Spencer on Audi’s latest ad, which is peak Christmas materialism. But the ad is deeper than it first appears. Fun to see the two perspectives reveal the layers in different ways. More collabs coming as we get the team up to speed here. Hope you all have some great family and friend time this holiday.]

As a perpetual Audi fan, dad who’s trying to make my kid believe in Santa one more year, and guy who lost 16 pounds in the last 12 months, I fully endorse Audi’s ‘New Santa’ long-form ad released December 10 (embed below) for touching all those nerves in me.

It’s about Santa — after spotting a vibrant middle age couple pull up to their house he’s at — deciding he needs to get his sh*t together. The video already has 20 million views, and I disagree with all the twitter vitriol about materialism and midlife crisis for three reasons:

1. It’s ok for self-improvement triggers to be materialistic. Let’s not fool ourselves or be fooled by self help industrial complex lies. No adult is immune from wanting stuff and it’s the definition of Christmas for children. It’s ok if certain stuff triggers larger goals and longer term motivation, just like the annual prospect of Santa’s loot triggers hopes, dreams, and a respectful mindset in children. In this case a dope AF RS5 triggered him, but after a year of work, it turns out he’s doing it less for the car and more so he can be better than ever at making others in his life and work happy.

2. Personal/midlife crisis is when you value financial worth more than your self worth. Nobody is immune to this either. We all measure ourselves against what we don’t have, and too often we value ourselves based on perceptions of our financial worth. This leads to crisis of confidence at best and tragedy at worst. I was reminded of this all too painfully two days ago when a childhood friend took his own life largely because of this imbalance. Please, please remember your worth — to yourself and to those around you in all of your communities. Everyone is struggling with this financial vs. self worth balance all the time, but we must remember our self worth and try to help build up this self worth in those around us.

3. Progress is rewriting your own history. This phrase closes the Audi ad, and I agree with it totally. I’m squarely in midlife and I’ve quit drinking, smoking, and eating sugar in slow succession over the past 27 months. It was a slow build triggered by wanting to do more of everything I value: better family time, smarter work, and clearer thinking. Yes there were material triggers –— buy a bigger home, newer car, etc. — but it turns out I ended up selling my dope AF V8 S4 this year and tabled property ideas as I (fkn finally) started to learn about moderation. The only thing I’m replacing now is all my clothes which don’t fit anymore (with cool but not excessive New Santa style), and I’ve never been closer to my wife in our 21 year history. That progress has rewritten my self worth, and it gives me full strength to get up and fight everyday. Because that’s all any of us can do. But, please, not on twitter, ok? Let’s find our inner Santa and fight for others.

Advanced philosophy class question: why do you think Santa looks like that?

The simple answer: advertising. The popular American idea of what Santa looks like — an old white dude with a big ol’ beard and belly in a red jumpsuit — largely came from Coca-Cola’s ad team almost a century ago.

Once you chew on that for a minute, it makes a ton of sense. Of course the premier consumerist holiday would have a corporate mascot. The whole phenomenon makes you think about the extent advertising shapes our cultural consciousness. Not to get all Grinch-y, but it makes you think about how everything mainstream culture associates with Christmas, from gotta-have-it toys to their jolly old deliveryman, is all the product of careful corporate image crafting.

I started stewing on this train of thought after Julian said I should watch Audi’s new long-form ad for its sporty coupe titled “New Santa.” The bit depicts the classic Santa, with the help of the coupe, grow unhappy with his round belly and then work out and eat right to transform into basically Brooklynite Santa, hipster beard and all. Check it out below.

The ad itself merges Hollywood production value with an expertly-made commercial’s knack for second-to-second emotional manipulation. Don’t get me wrong, it still has some great moments, like shots of elves boxing in the North Pole gym. However, it still just feels like a long commercial. It’s not trying to do anything more than that, which is fine by me. Let’s keep the line between art and commercial as distinct as we can (although it’s blurring).

But to Julian’s point above: what does it matter if it’s a commercial or a car or some other consumerist thing that triggers personal change? I worry that since commercials are so focused on values that can be harmful, like unrealistic body-image expectations, that they aren’t necessarily a healthy place to go seeking personal inspiration. But if you see ‘New Santa’ and get inspired to stick to your New Year’s resolution to hit the gym, more power to you.