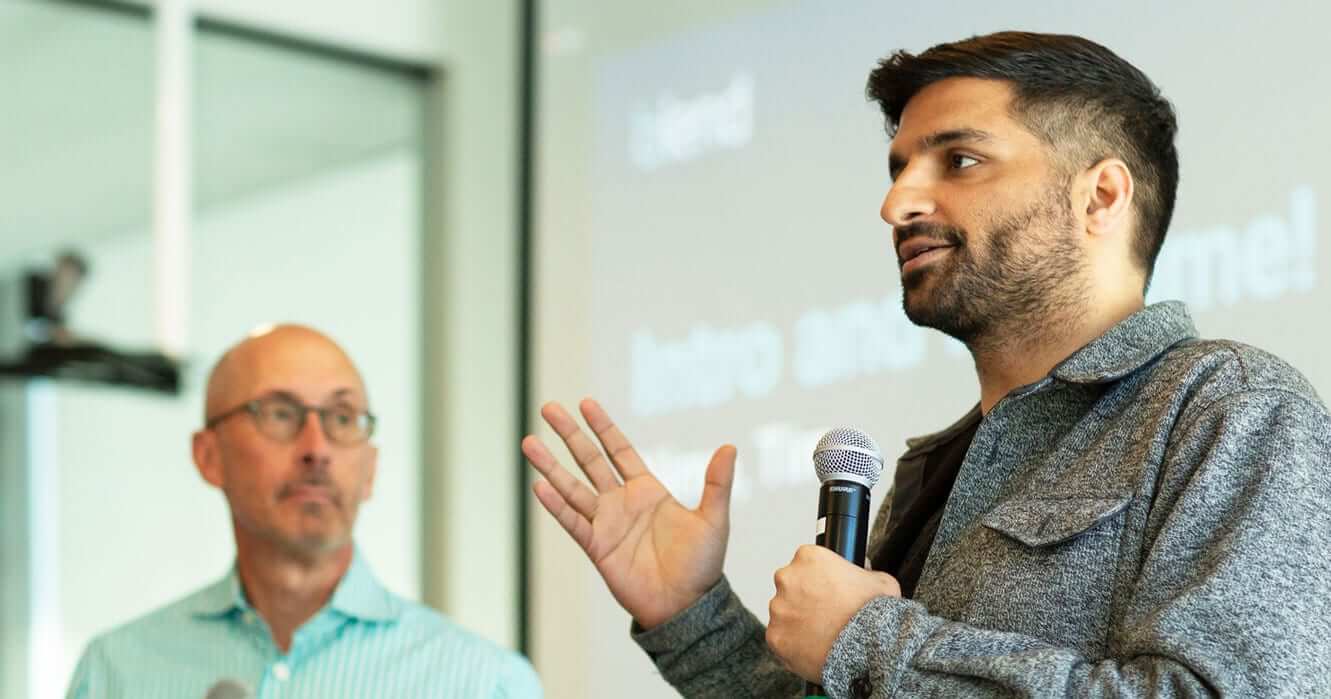 Congrats to Blend founder and CEO Nima Ghamsari — and the whole team — on today’s Blend IPO valuation of $4 billion for the nine-year-old company. Blend powers a modern, bank-on-your-phone process for lenders and banks. Think of the “push button, get mortgage” concept that Rocket Mortgage’s $1 billion per year marketing budget popularized in America — but Blend provides this same functionality to all other lenders, banks, and their customers.

Nima will retain operational control through 100% ownership of Class B shares (with 40:1 voting rights), which is critical because as successful as the company has been, there’s a long way to go on their vision. Let’s take a look.

The Blend strategy is a classic land-and-expand software story, and they started in the hardest part of consumer banking: mortgages. Now they’ll go deeper into the rest of banking.

So the theory for all of banking and housing — and for the Blend team — was/is that if you master mortgage, it’s easier to go into other areas of consumer finance.

In the numbered section below, I describe how Blend expands from mortgage to non-mortgage. But first, here’s how expansion often works for fintechs that start outside of mortgage.

Most fintech companies of the past 10 years focused on areas outside of mortgage. Affirm is a good example here. Early PayPal pioneer (and early Blend investor) Max Levchin founded and built Affirm into a category leader in the newer “buy now, pay later” (BNPL) segment of consumer finance, which lets you buy higher ticket stuff in payments. Need that big appliance or want the fancy designer luggage? You can buy it now, and only pay a fraction to start.

The endgame for fintechs is more services. In Affirm’s case, the BNPL functionality is a great way to gather customers by the millions, and hopefully offer them new financial and banking services later. Then competition grows as you start to look more like a traditional financial provider. Example: this week Apple and Goldman Sachs announced a joint deal (that expands on their Apple Card deal) to offer BNPL services.

Affirm will prove resilient, but their mainstream play is tech modernization of consumer credit services that large institutions have already mastered over decades. And with this latest Apple/Goldman move, Affirm’s pretty big tech/big bank play is now competing with incredibly big tech/big banks.

Moral Of The Story: this area of consumer finance can quickly get difficult to compete, even if you’re a $15b market cap player like Affirm.

In Blend’s case, they’ll prove resilient for more entrenched reasons, as noted below.

1. Powering Banks & Lenders Instead Of Competing.

Blend has just under 300 customers including big institutions like Wells Fargo and US Bank, so their bread and butter isn’t being the creditor but rather powering the creditors. This makes for reliable core revenue because every digital strategist at every financial institution knows a bespoke tech stack is insanely hard to build and even harder to keep modern.

So big dog fintech partners are critical. Back when this Blend/Rocket-like software was starting to get real (late-2014, early-2015), viability/scale of fintech partners was among the top decision factors for my team and every bank/lender team. That’s what led us (and almost 300 other teams so far) to choose Blend. Now everyone in the space will be wondering: will Blend’s growth slow innovation?

The answer to that question: No, not with Nima driving. All CEOs must be great at many core skills, but most have one superpower. Nima’s superpower is product. Even with hundreds of customers, he’s demonstrated Zen-like product discipline. Bank and lender customers constantly hound fintech software partners for the biggest and smallest features, and Nima is unwavering on a simple consumer and enterprise user experience. He gets every granular detail, but will only add features for strategy’s sake, not just because a feature was requested (more on this in next section).

Complementing Nima’s product discipline is Blend’s president Tim Mayopoulos, who rose from chief counsel to CEO of Fannie Mae before joining Blend 2.5 years ago. Back then, there was some chatter about how “Blend will become a monolith now.” Wrong for two reasons. First, having run the world’s largest mortgage aggregator, Tim understands scale at the highest and most complex levels so he’s an ideal partner to serve the needs of both giant and fast-growing orgs. Second, on Tim’s watch, Fannie Mae deployed something called Day One Certainty, which (greatly simplified) is the digital infrastructure ruleset that allows long-term mortgage industry innovation in a systemically safe way.

As noted above, when you’ve mastered the most complex consumer banking product (mortgages), it’s easier to expand into other products like auto loans, personal loans, credit cards, new bank account openings, and home equity loans — because these functions all require the same (but less) data than mortgages.

From a consumer perspective, the same bank-on-your-phone methodology doesn’t just let consumers do all of this, but it combines them. For example, if you’re a bank offering mortgage rate discounts for opening a new bank account, your consumer can open their bank account in the same place at the same time as they’re doing their mortgage.

From a banker/lender perspective, this means adding all of these integrated products fast when you’re ready, which then creates seamless cross-selling.

And from a Blend revenue perspective, these non-mortgage functions all add to recurring rev, which is the basis of software company valuation — and the Blend IPO valuation.

Blend calls ancillary revenue lines Marketplaces because their voice is generally talking to the consumer. So if you’re getting a mortgage, you need homeowners insurance and title insurance. You can get homeowners insurance right in the Blend app your bank is having you use, and you’ll see options to select insurance from name-brand providers, including Blend’s own insurance company they started in 2018. Same process now goes for title insurance, and those options now include Blend’s own title insurance company they acquired this year. Integrating real estate agents is next. This goes to the product sensibility in item 2 above, where you’re not just adding functionality, but you’re simplifying the holistic process.

Anyone in the banking and lending weeds knows how hard it really is to deliver this singular experience for the housing consumer. And Blend has found a way to do it where each consumer enhancement adds new revenue without risking core revenue.

That said, all this adds up to a $75 million loss on $96 million revenue for Blend in 2020, and a $4 billion valuation as of today’s IPO. This is fairly normal for a software company still ramping, but let’s compare. The two biggest software businesses in the mortgage sector are core origination software and core servicing software, and the two biggest players are Black Knight and ICE Mortgage Technology (formerly Ellie Mae).

Black Knight has majority market share in mortgage servicing plus very large customers in loan origination. They did $568 million profit on $1.24 billion revenue in 2020, and have a market cap of $12 billion.

Ellie Mae sold to ICE for $11.4 billion in September 2020 and became ICE Mortgage Technology. They power almost half of the loan origination market, and ICE reported $364 million ‘adjusted operating income’ on $595 million revenue in 2020 for its Mortgage Technology segment.

Blend isn’t directly in the originations or servicing business today — they operate more at the consumer and originator sales/processing layers across both mortgage and non-mortgage. This, plus mature versions of their various marketplace/ancillary businesses, is a viable strategy to build a giant, iconic fintech company. But some argue Blend can or should go deeper into origination and servicing businesses if they want to get up to and above the $10+ billion valuation range.

With Blend’s capital and team resources, they could certainly do so organically or via acquisitions.

Or they can build a massive, nimble business by being the un-catchable player modernizing (and building marketplace businesses around) the consumer and sales/processing layers of all mortgage and non-mortgage products.

I would argue this model scales better to non-U.S. expansion than going extra deep into U.S. mortgage originations and servicing … if that’s what they choose to do.

Whatever Blend does, today’s IPO is an epic milestone in the first 9 years of their journey, and congratulations are well deserved.

I’ll come back soon and pick up where this leaves off. Please comment below or hit me directly with questions.