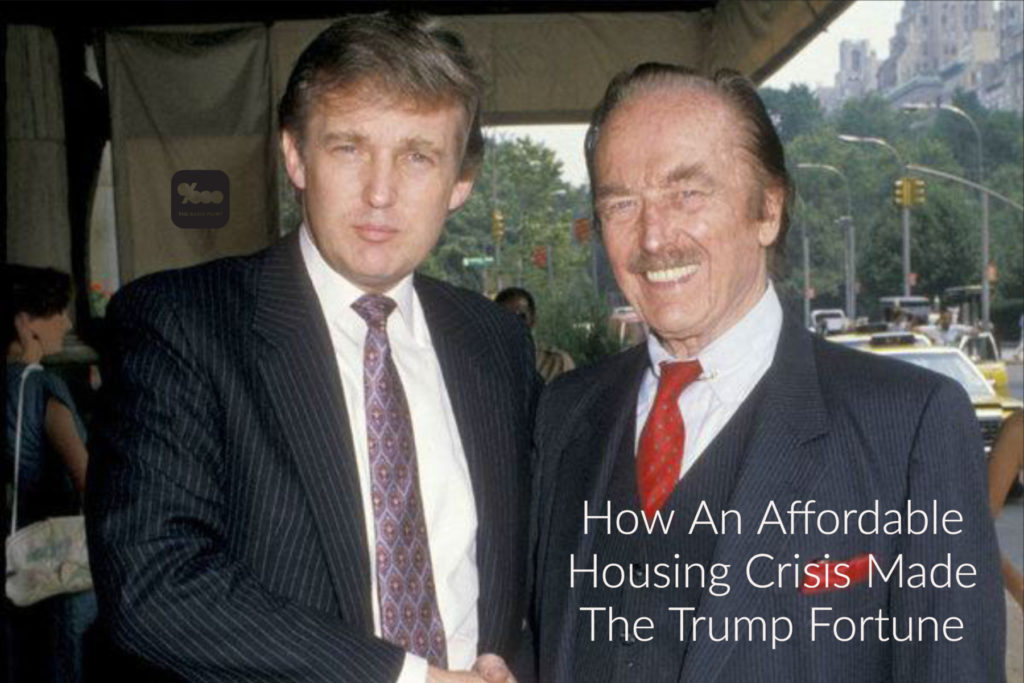 As the housing industry takes stock of 2018, the prognosis is grim. Even though the job market is hot and wages are increasing, these gains for workers haven’t translated into home sales.

The boom in housing value over the past few years skews toward luxury housing. Builders focused on the high end because there was easy money in high rents, but now that market is starting to slide.

Now that the 99% has a little more buying power, they have little to buy within their price range. That’s bad news for the housing industry.

This is a good idea, since developers aren’t going to build affordable housing if they can’t profit off of it. That’s just the way capitalism works.

At times like these, t’s interesting to look back at another time in history when the U.S. government helped finance housing, and think about who benefited from it.

In the 1930s, the New Deal included incentives for builders to put up affordable housing. Fred Trump, father of President Donald Trump, built his real estate business by borrowing from the Federal Housing Authority to put up rental towers throughout New York City (although he didn’t like letting nonwhite people live in them).

So, if Donald Trump’s administration decides to pump money into affordable housing, which developers will step up to take the reins? Could a future Trump policy create the next Trump-style real estate dynasty?

Who knows. Time is a flat circle.

Given HUD’s apparent indifference to affordable housing issues, however, I’m not holding my breath in anticipation that the administration will listen to Zandi’s recommendations.

Instruments like CDFIs fall under the Treasury’s purview, however, so there could be interdepartmental efforts on the housing front—if the administration cares enough about affordable housing to do anything.
___
Reference:

– What I Learned Covering HUD: Oversight Failures Are Symptoms of Deeper Dysfunction (ProPublica)

– Fred Trump: How the US president’s father built the property empire that spawned his son’s billions (The Independent)