Harvard’s Joint Center for Housing Studies came out with its 2019 report on Improving America’s Housing today, which gets into detail on how much money you spend when improving your home. Below are a few notes and charts worth calling out on how much money Americans spend overall, what projects you’re doing, and the last section covers what you spend on home improvement projects when you’re paying cash vs. financing.

– Tens of millions of projects—from roof and window replacements to major kitchen and bath remodels—generated 2.2% of national economic activity in 2017

– Also as you baby boomers enter their 70s and 80s, home modifications to improve accessibility are expected to soar. 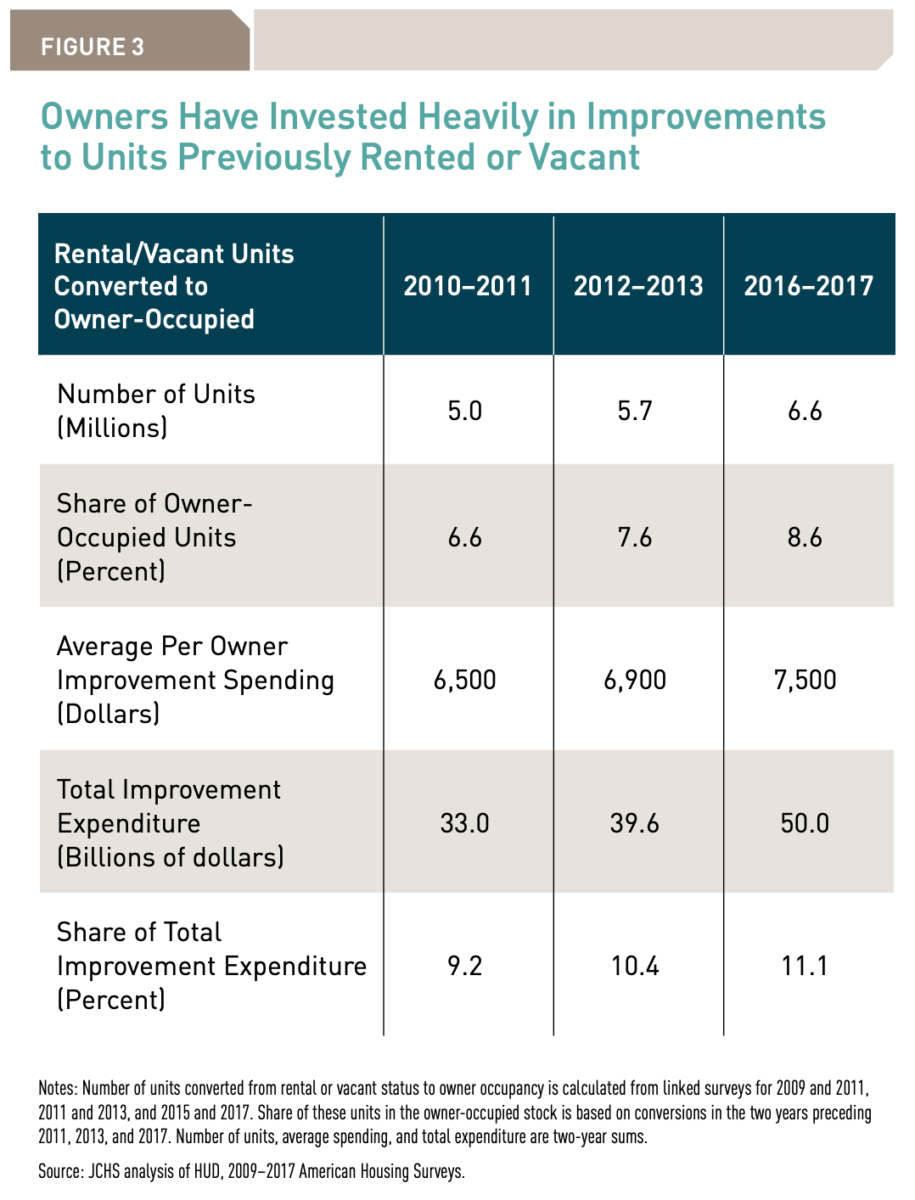 – This means 1.6 million homes went from rentals/vacant to owner-occupied in 2016-17, which far outnumbers the amount of new single family homes that completed construction in 2016-17.

– Homeowners 55 and older have spent the most on home improvement for almost 10 years, and homeowners 35–54 spend the most per household on average.

– 22 million homeowners completed at least one home improvement in 2017, with projects ranging from window/door replacement to heating/cooling upgrades to kitchen remodels or room additions.

– CHART BELOW shows what you’re spending money on. 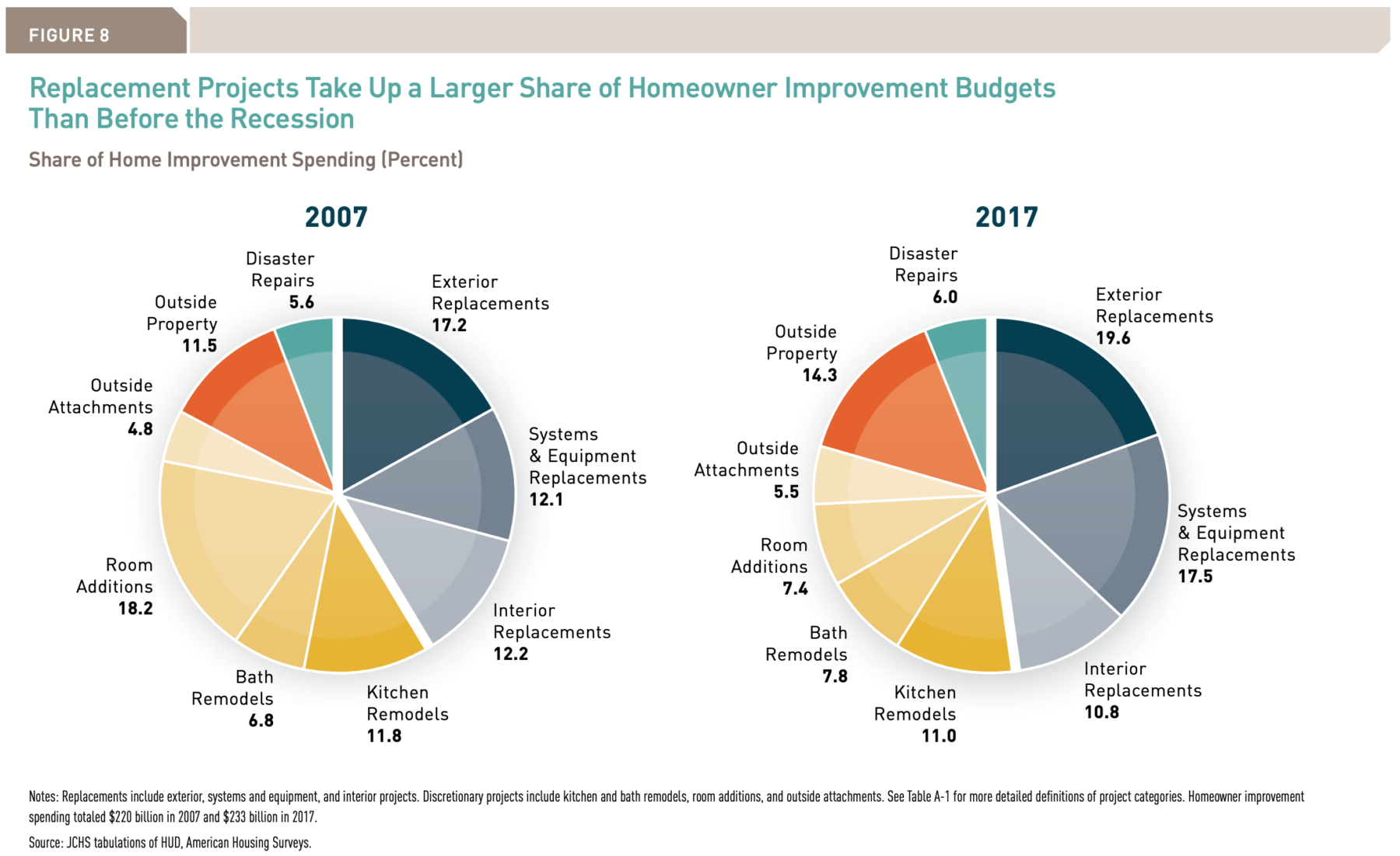 – Homeowners paid for 77% of home improvements with cash in 2017 (based on per-owner spending on home improvements averaging $3000 in 2017), but financing with credit cards or home equity rises as expenditures rise. CHART BELOW. 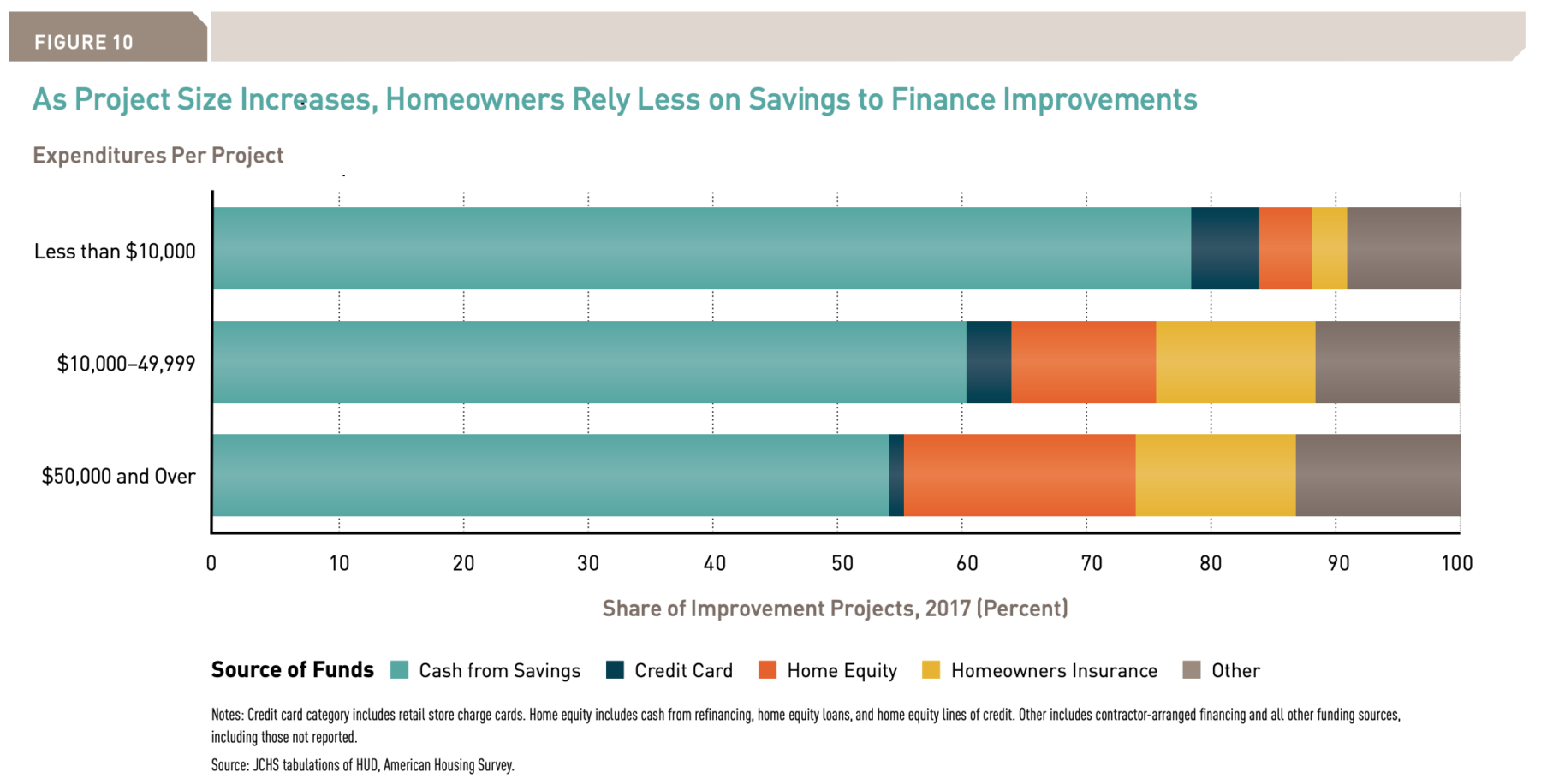