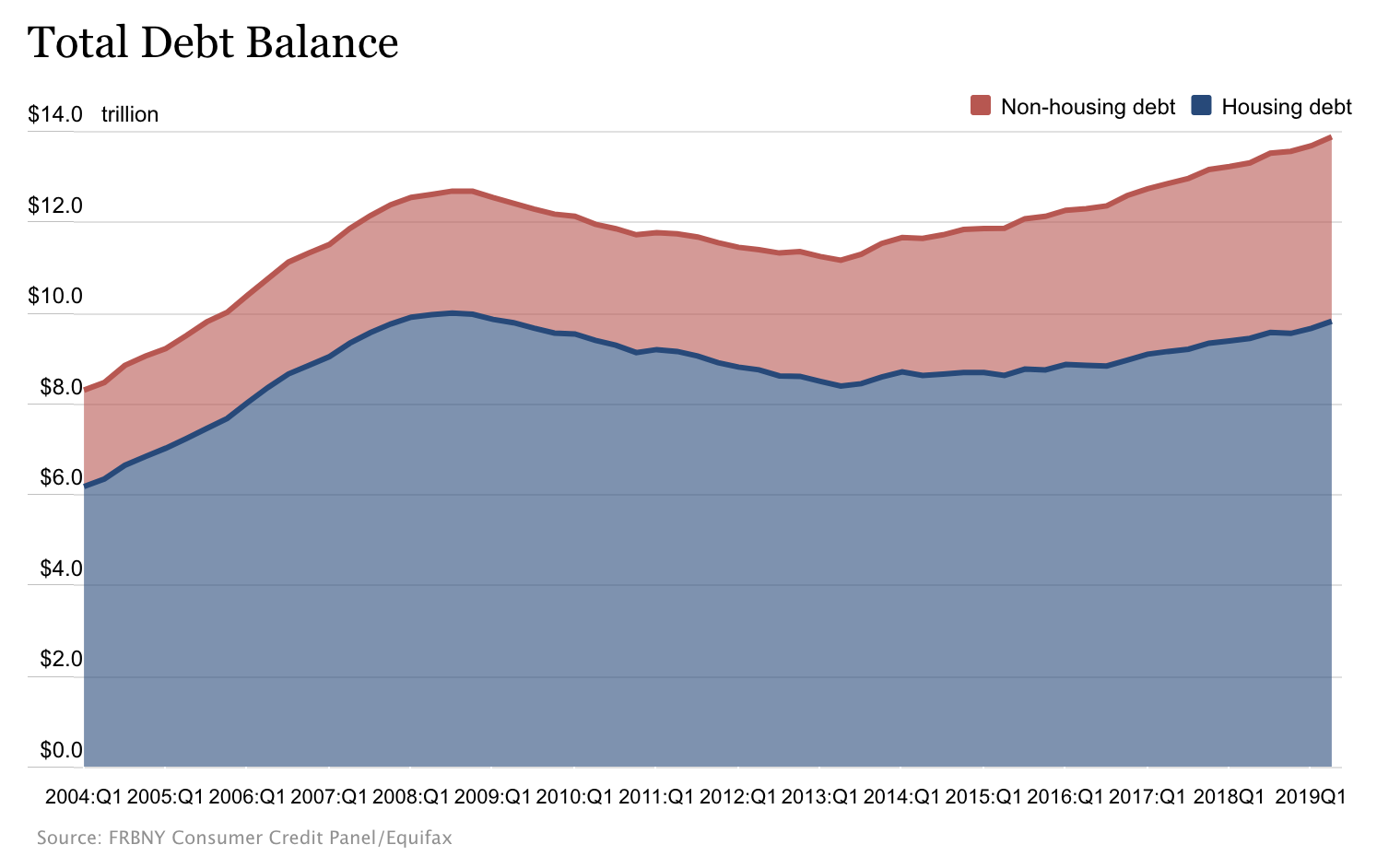 Every quarter, the Federal Reserve Bank of New York releases data on how much household debt Americans are accumulating. Here’s everything you need to know about American debt in Q2 2019.

– Mortgage household debt rose by $162 billion in the second quarter to $9.4 trillion

– Total mortgage debt the highest it’s been since Q3 2008 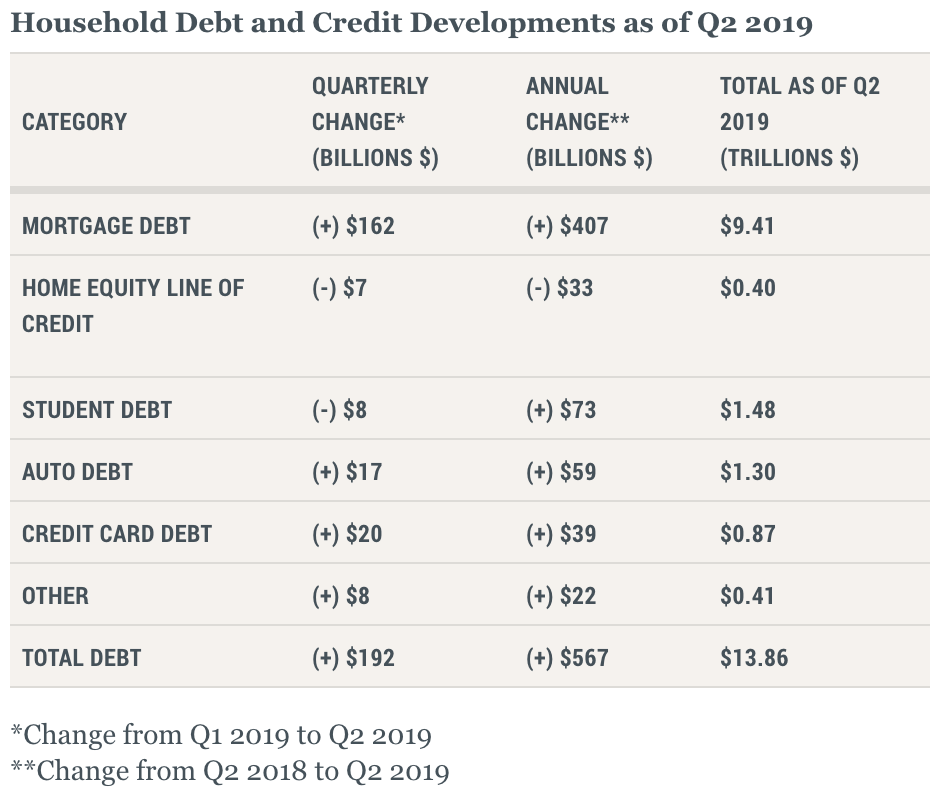 – More student loans are severely derogatory (in danger of repossession or charge-off) than mortgages right now: 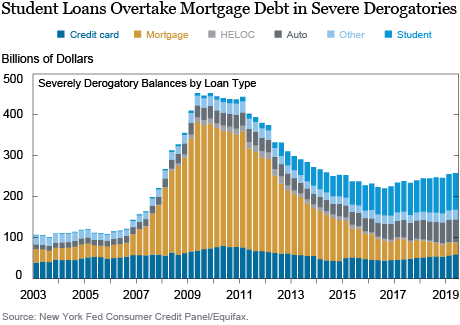