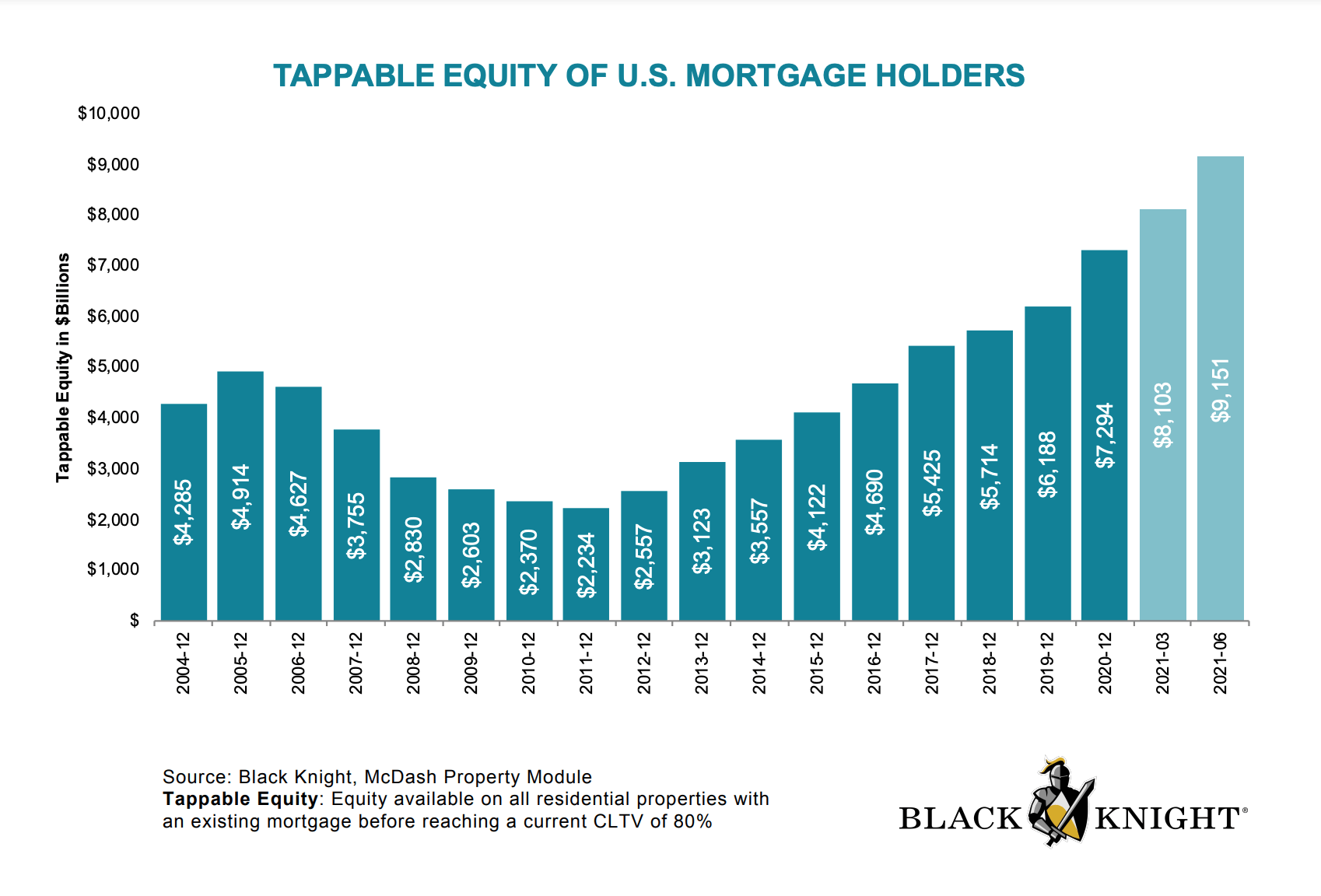 Black Knight defines its “tappable equity” dataset as equity homeowners can take out and still have 20% equity left. Put another way, tappable equity is how much much a homeowner can borrow before their mortgage loan exceeds 80% of their home’s value.

That’s why I say “safe” equity in the headline. Total equity in the U.S. housing market is actually 20% beyond this figure, but if people borrowed all of that, it would create an over-leveraged housing market. Last time we had something similar, it led to the 2008 crash.

Mortgage regulations prevent people from borrowing this much now. Still, cash-out refinancing is on the rise as equity grows. People took $63 billion out of their homes using 1.1 million cash-out mortgage loans in 2Q21, which was the most quarterly volume since 2007.

The difference this time is that there’s lots of equity left over in the housing market, and the cash-out loans are only made using a detailed analysis of people’s official employment, income, assets, reserves, debts, and credit scores — and only those who qualify with all of this documentation can get these loans. In the pre-2008 era, people could get cash-out (and all other) mortgages with almost no proof of qualifications.

Given the equity spike, this rising cash-out refi trend wouldn’t pose systemic risk unless it went up recklessly from here.

Lender Tips: It’s time to adjust your marketing to a cash out borrower. Point out responsible uses of home equity, and drive the point that first lien debt is usually much cheaper (and fixed for way longer) than second lien debt. 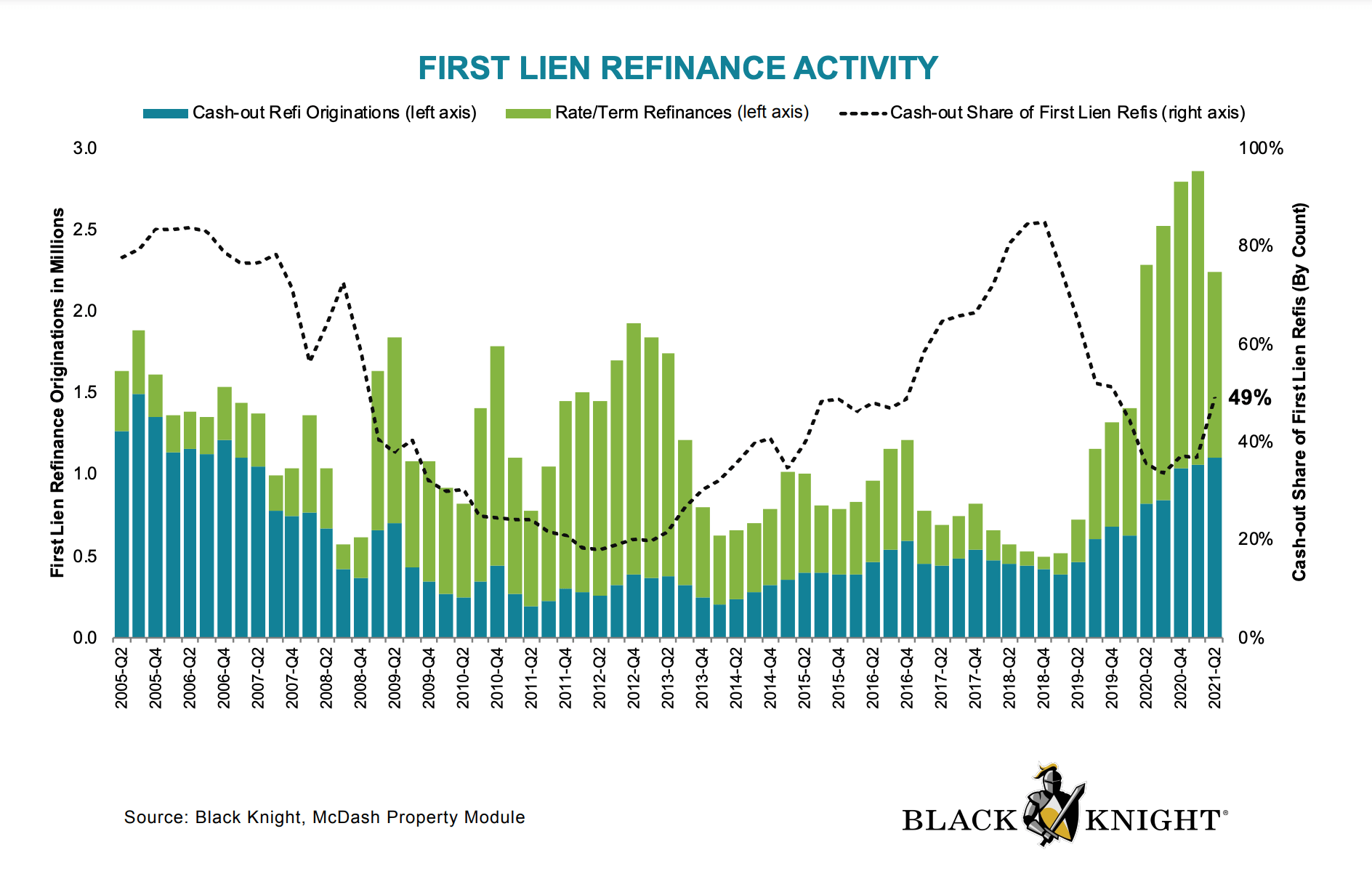 Below is a summary of the Black Knight 2Q data.

– At $9.1 trillion in total — yet another record high — the average mortgage holder now has $173,000 in tappable equity available to them, an increase of $20,000 from just the end of the first quarter

– Fewer than 3% of mortgage holders have less than 10% equity — the lowest share ever observed — with the overall weighted average CLTV now 46%, the lowest mortgage-to-value leverage on record

– Some 98% of borrowers in active forbearance have at least 10% equity, as compared to the Great Recession when 40% of all mortgage holders had less than 10% equity with 28% fully underwater

– Even when adding 18 months of deferred principal, interest, taxes and insurance payments onto the total debt amount, only 7% of borrowers in forbearance would have less than 10% equity in their homes

– More than $63 billion in equity was withdrawn via 1.1 million cash-out refinances originated in the second quarter, the largest quarterly volume since mid-2007