The job market is in a weird place. Who’s getting screwed the most—skilled workers, low-income workers, or employers?

Let’s get in the ring and STAT FIGHT about it!

There are literally a million more job openings than people looking for work, but the U.S. is struggling to add jobs.

Workers are in high demand. Usually, wages go up when that happens to reflect competition among employers for the most talented among us.

On the whole, that isn’t happening right now. Wage growth has been pretty dismal lately.

However, Goldman Sachs research has found that wages for low-income workers have grown faster than for workers as a whole:

Our findings suggest that lower-skilled workers may have benefited more than usual from further strength in the already tight labor market over the last year.

With inflation still somewhat below the 2% target, the Fed appears willing to let the labor market continue to tighten, with the potential added benefit of providing better job opportunities for lower-skilled workers.

A BIGGER PIECE OF THE PIE FOR LOW-INCOME WORKERS?

The story goes like this. Employers desperately need more workers, so they’re a little more lenient on who they hire. That gives workers with less education or skills who would otherwise make less money a chance to make more. According to Goldman, that explains the rise in low-income wage growth.

But it’s not all peachy for the 99%. Low-income workers suffer the most when the economy goes south. Check out how the unemployment rates for less-educated workers skyrocket during recessions (shaded grey areas in this chart): 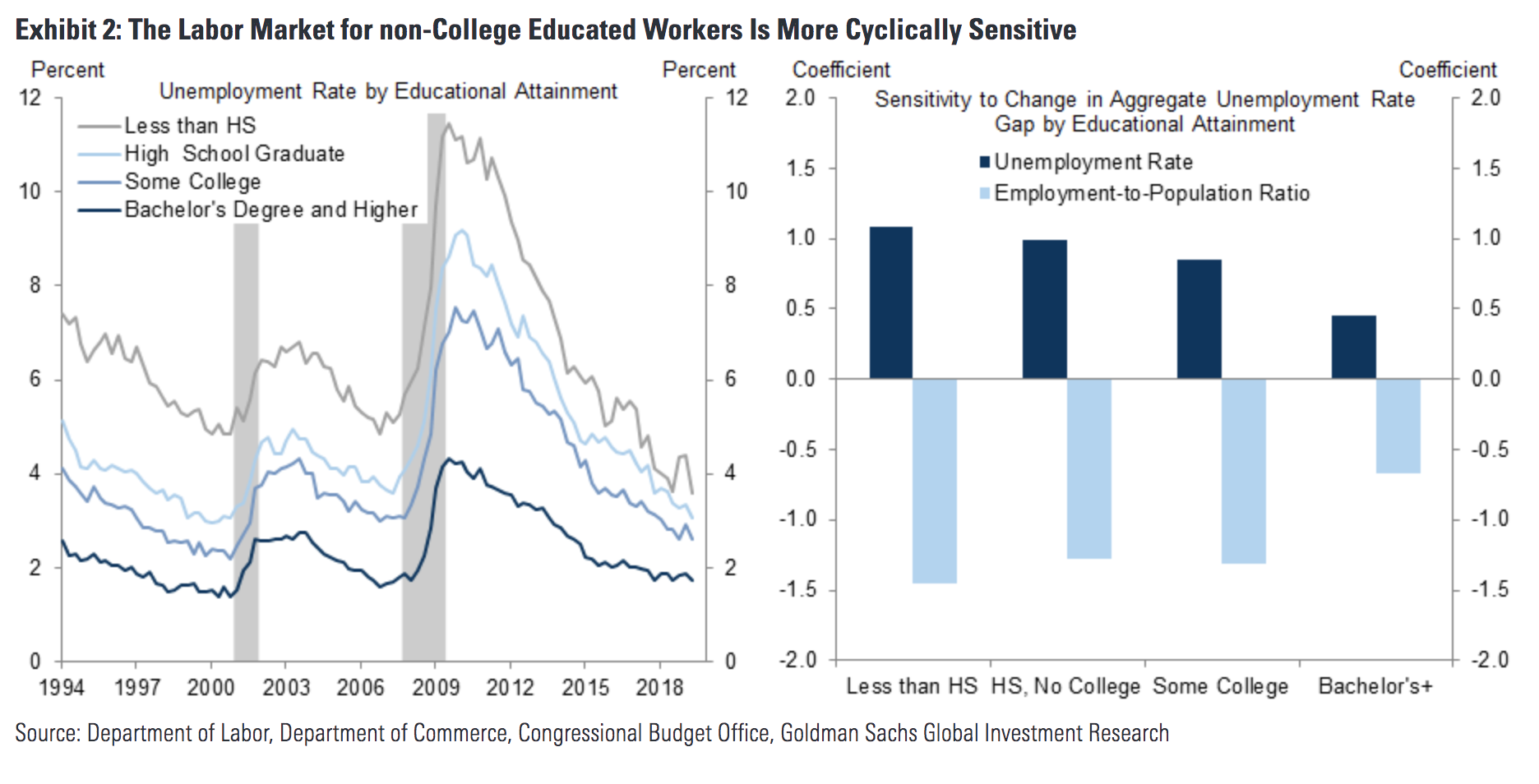 So who’s getting the sharp end of the stick? Should higher earners be pissed they aren’t getting their share of gains? Or are low-income workers just having a short day in the sun before the next recession?

Now it’s your turn—take this STAT FIGHT to the bar this weekend when you argue over who should pay the tab.