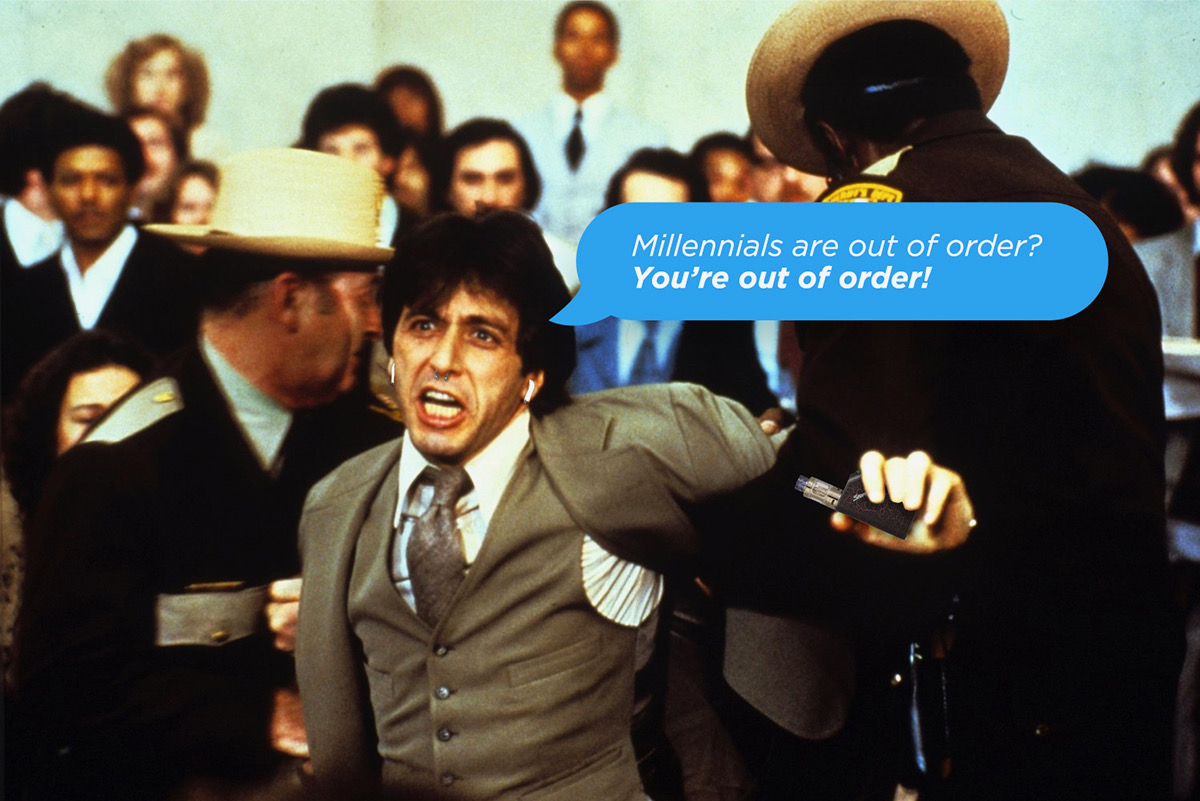 We haven’t started a STAT FIGHT between millennials and everyone else in a minute, so I’m back to help you start shit at happy hour and/or dinner tonight.

Today we’re digging into an oldie but goodie—CNBC retweeted a two-year-old survey yesterday claiming people my age make life choices all out of order, and that’s why we’re broke.

It ain’t my gen’s bad decisions, it’s D.C. policy shills calling themselves think tanks whose thinking is all wrong.

These “think” tanks analyzed government employment data and came to this groundbreaking conclusion: millennials who wait to get married before having kids earn more money. Apparently, more than half of millennial parents go for the baby before the ring.

Of course! As we get older and more addled by our vape pens, the excuses you have to make to dunk on us have to change too. First we were killing your favorite industry du jour, now we’re bad at planning parenthood!

So let’s slug it out. Are the think tanks right or just headline trolling? Here’s the fighting stats:

It’s not that having a baby first makes you poorer. Yeah, kids are expensive, as Julian will attest, but that’s not the how it plays in the real world.

Folks who are worse off are less likely to have flexibility in how they plan out their families.

Am I wrong? I think not, especially on think tankers whose parents got them into Ivy Leagues and cushy jobs.

But you bring it from here. Come strapped with these stats to dinner tonight, and start yourself a STAT FIGHT.

And make sure you zoom in on vape holding, AirPodded, nose-ringed millennial of old in the image above. These debates never change, do they?
___
Reference:

(Bonus points to millennials who can name the movie we reference in art above.)