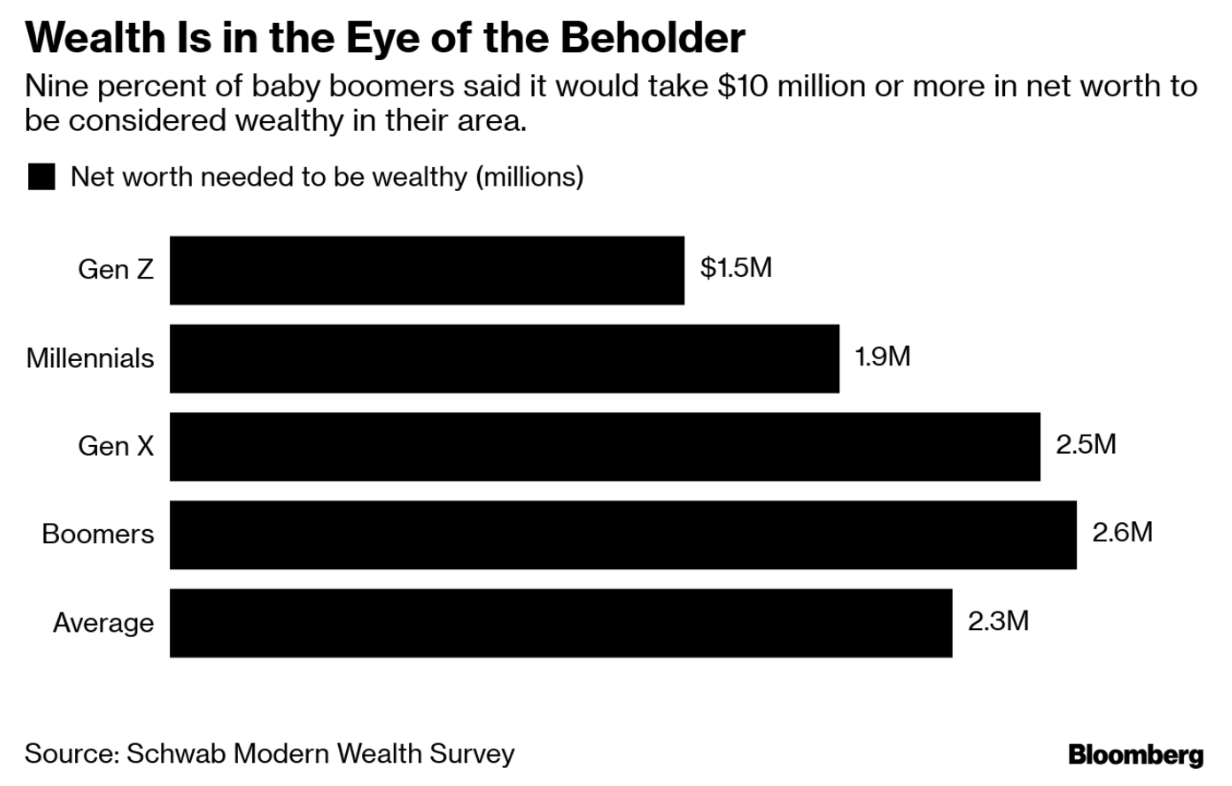 Is being rich having enough money to blow your friends away on every Instagram post for the rest of your life?

Or is it having enough money to live comfortably in retirement?

And how rich is rich enough?

Well, step into the ring and let’s have a STAT FIGHT!

It says most of us think we need about $2.3 million to be rich. Think you just need a million?! Think again, sucker.

Because you and your Coachella crew doesn’t think big enough. Millennials think having $1.9 million is rich, but Gen X and boomers know what it really takes to dominate the Instagram FOMO game: at least $2.5 million.

And IG feeds are the real prize fight for millennials: 75% of them define richness not as a dollar amount but as having the lifestyles they covet on Instagram.

Just hustle 25 hours a day, 8 days a week, then wake up rich. Because it’s just a matter of time, right?

Rise and grind yo.

And if you got something to say about it, train up on this survey, and come out swinging in this STAT FIGHT!

Just make sure you got someone to capture it for IG.

Or can you not afford that?

– How Much Money Do You Need to Be Wealthy in America? (Bloomberg)