We’re no strangers to inducing family strife here at The Basis Point, and with that said, it’s time for another installment of STAT FIGHT! Today, we incite relationship drama for those of you in heterosexual relationships.

Check out this chart from Bank of America’s economic research team.

Women spend more than men on essentials housing, healthcare, groceries and clothing than men. Why is that?

Well, it’s probably because our society forces women into caretaker roles in which they’re pressured to spend money on healthcare, food, and other necessities for themselves and their families.

If you’re uncharitable (and that’s putting it lightly) you can think that women like to shop more than men. But then you sound like Dave Chappelle’s character from The Nutty Professor.

BoA’s research also found that women’s workweeks were on average an hour longer than men’s. They’re also more likely to pay down debt quicker than men are—perhaps because they don’t have the unfounded confidence in future earnings most men do. BoA has a nice data point backing that up—way more men expect raises of more than 5% at the end of the year than women do. 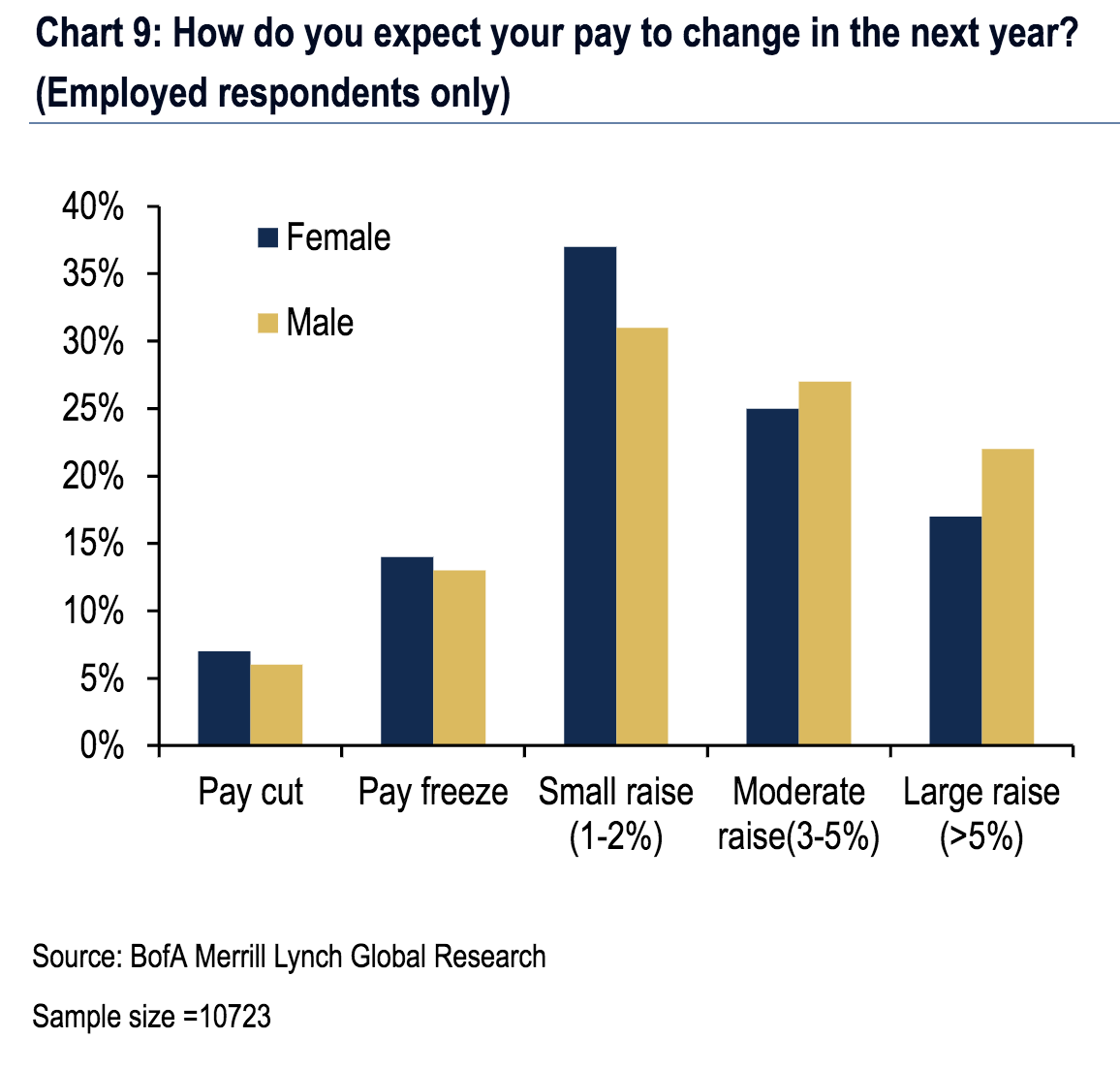 Here’s where I hand it off to you to STAT FIGHT amongst yourselves. Have a good weekend…