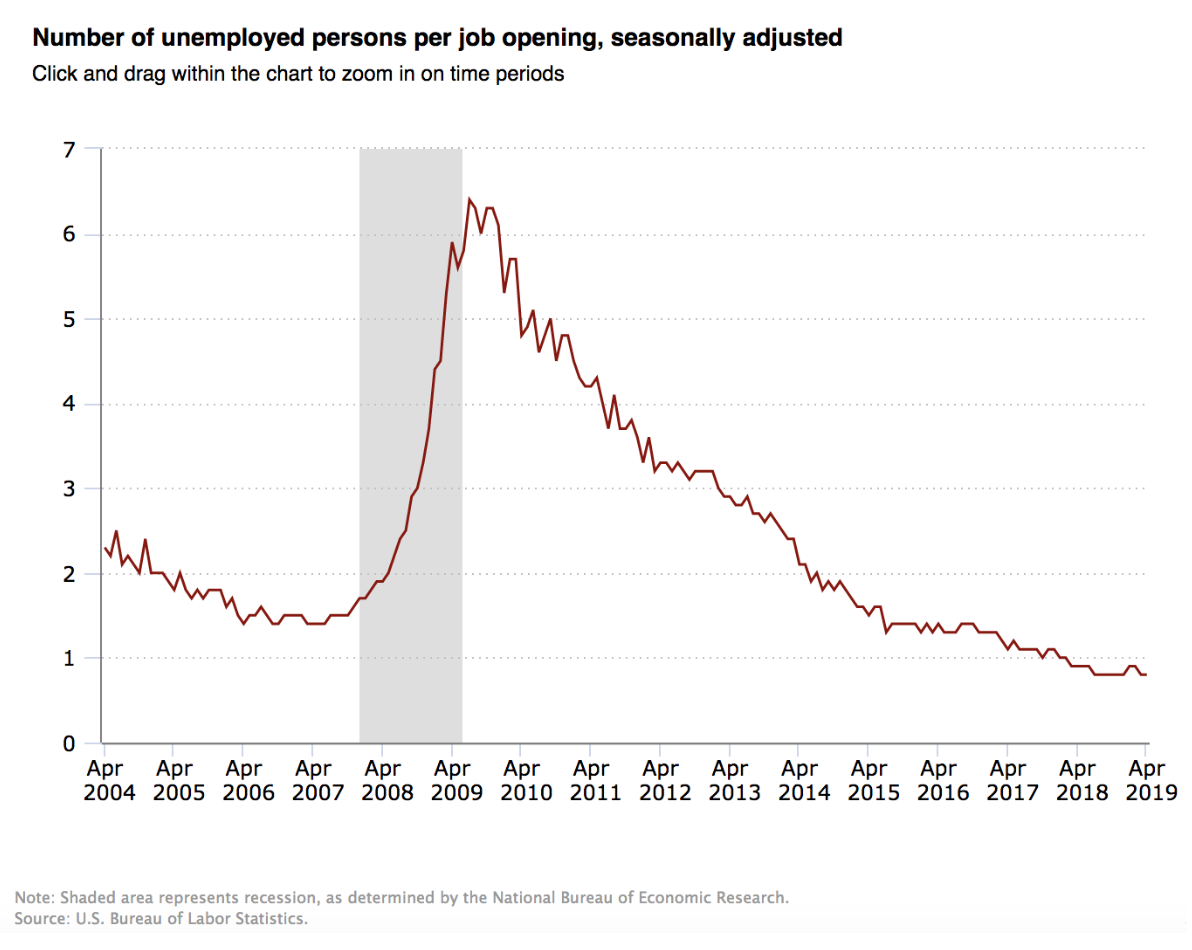 Friday hit us with a weak-looking jobs report that treated lucky homebuyers to super-low interest rates. Yesterday followed up with the Job Openings and Labor Turnover Summary for April, aka JOLTS, another key indicator of economic health.

JOLTS is a government estimation of how many jobs the economy is trying to fill. Here’s a quick recap of the April data:

-There are way more job openings than people looking for jobs. Since the unemployment rate hasn’t meaningfully changed in the past few months, it seems like workers are switching around to get better jobs, but employers aren’t hiring unemployed job seekers as much.

-That means that employers are looking for skills that unemployed folks don’t have. This is called the “skill shortage theory.”

Here’s a gov’t visualization of hiring and job separations over time—look at the bottom to see how many people tell their boss “f*** it” and quit: 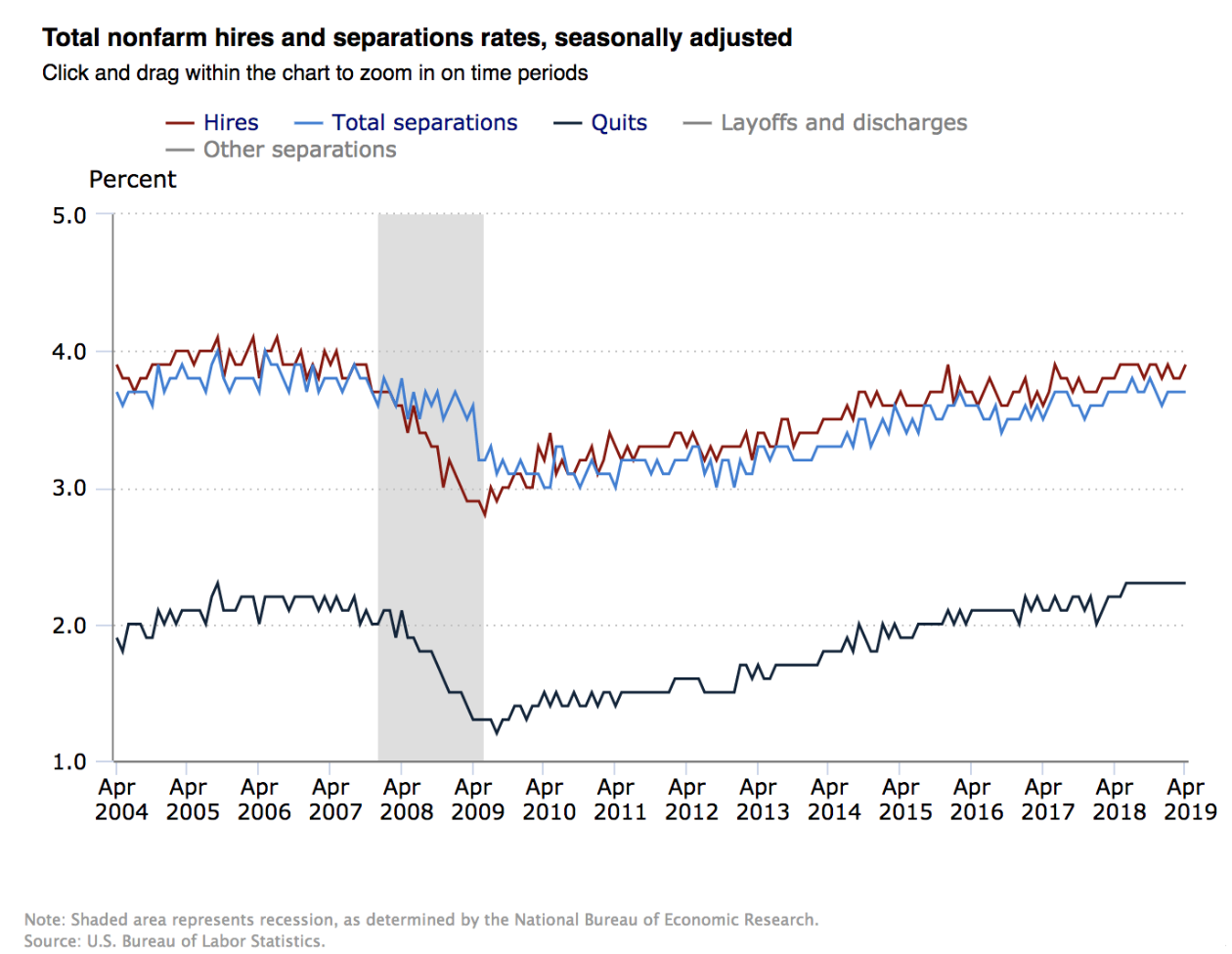 Our friend Tendayi Kapfize, chief economist of LendingTree, said this JOLTS report shows us the economy is still healthy:

“JOLTS still shows a strong labor market with a high rate of job openings and a high rate of quits. There are still more job openings than unemployed people, which suggests that skill mismatches may be driving the slowdown in payrolls momentum. A high number of quits means people are quite confident in their ability to find new jobs or are being poached away by other employers. An increase in people switching jobs vs unemployed people taking new jobs supports the skill shortage theory.

The conundrum is still lackluster wage growth. If people are switching jobs I would expect to see more wage growth. Though it been trending upwards, it slid last month and is still not great. In sum, JOLTS suggests a cautious interpretation of the weak jobs number on Friday.”