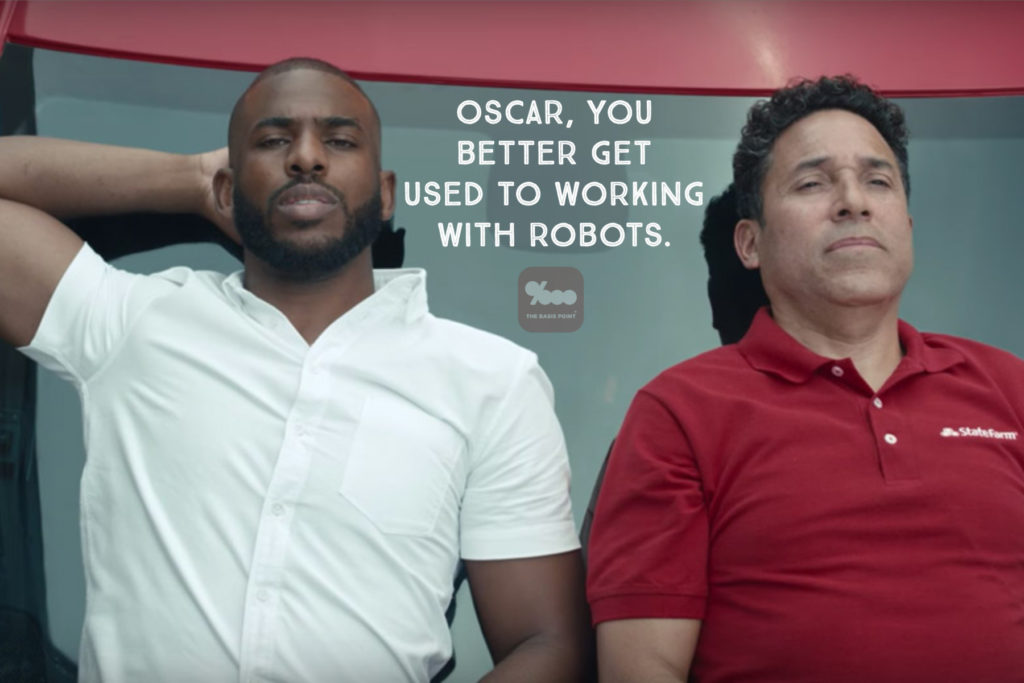 One of State Farm’s NBA season ads takes a shot at Lemonade, an insurance startup that uses AI to handle customer service.

The ad, which you can watch below, basically says “oh, the newcomers? Their tech doesn’t work, it doesn’t replicate what we do. Why wouldn’t you just stick with what you know?”

It shows State Farm doesn’t get the reason a company like Lemonade exists in the first place.

Think about this—Lemonade has a quarter of a million customers. Lemonade says that most of its customers buy renters’ insurance. Since most renters are young people, you can reasonably infer Lemonade customers are younger people who aren’t itching to talk to insurance agents when they can use an app.

So why would a message that boils down to “the insurance experience your parents are used to isn’t so bad after all” resonate with young people?

I’m a 26-year-old guy, squarely the demographic this ad is going for. I can tell you it doesn’t.

What’s the takeaway for those of us in the mortgage and banking industries?

Well, I don’t think this misreading of the audience means that State Farm is a dinosaur and that Lemonade will eat its lunch. There is a core truth to State Farm’s thesis that human interaction is important in complex financial services transactions, but the company is drawing the wrong conclusion from that premise.

In the mortgage industry, customers have come to demand a hybrid model. They want digital experiences to find their home and start the mortgage process. Once things get serious and they have questions, however, customers want to talk to a human.

Five years ago, roboadvisors were all the rage and young moneyed folks flocked to them. However, as companies like Betterment aged, their customers became more sophisticated and wealthier investors. They started to demand human advisors to help manage their portfolios, Betterment hired them, and here we are with Betterment’s current cyborg roboadvisor model.

Will the same thing happen to insurance? I think so.

I predict in the next few NBA seasons, we’ll see an ad where State Farm tries to convince you to talk to its new insurance bot.

For more on this, check out Julian’s take as well.

-Here’s State Farm’s ad in full, and below are more links on the topic