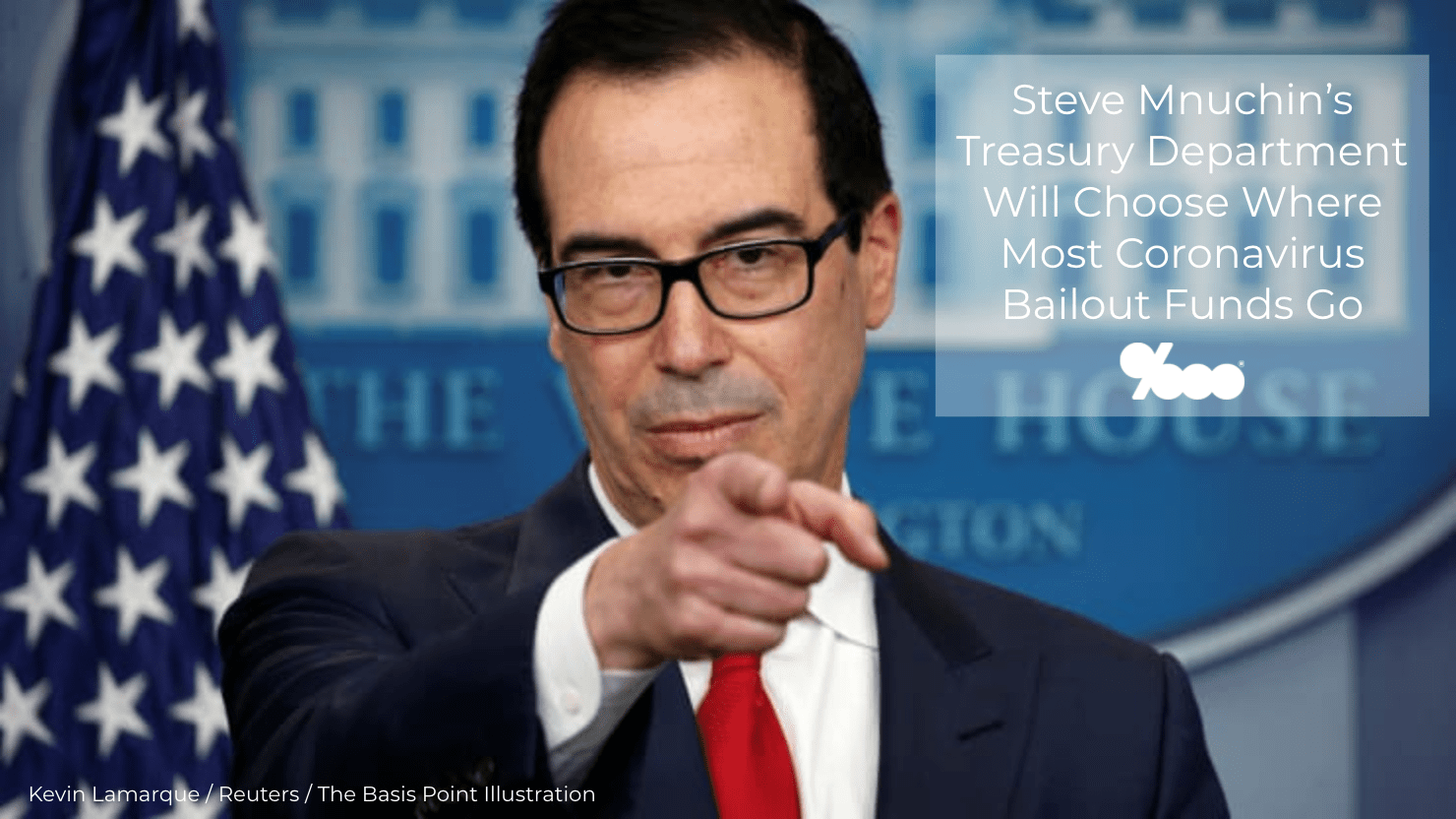 Here’s a recap on who decides where $2.3 trillion in coronavirus bailout funds go. Of 4 main watchdogs for handling of the funds, zero have direct control over where funds go. That responsibility resides mostly with the Treasury Department, headed by Steve Mnuchin.

Something similar happened with the $700 billion TARP (Troubled Asset Relief Program) bailout in 2008-2009. It was originally designed to buy bad assets from banks, but then-Treasury Secretary Henry Paulson pleaded with Congress to get authority to give the money directly to the banks.

Why? Because things were unraveling so fast, it would’ve taken too long to value individual assets and decide who gets the money.

Today’s crisis is happening way faster, and the bailout is 3 times the size.

So let’s review the politics of the CARES Act, which is the official name of the bailout signed into law March 27.

Here’s Reuters saying CARES established watchdogs but that Treasury basically has all the power:

The CARES Act here signed into law on March 27 includes $80 million for the creation of this broad [watchdog] committee “to promote transparency and support oversight of funds provided in this Act to prevent, prepare for, and respond to coronavirus, domestically or internationally.”

It is made up of ‘Inspectors General’ from other government agencies including the Department of Defense, Health and Human Services, and Treasury, making it a sort of uber-watchdog group, with broad oversight.

It can conduct independent investigations and has subpoena power.

This new IG, part of the Treasury Department, was given a $25 million budget in the CARES Act to “conduct, supervise, and coordinate audits and investigations of the making, purchase, management, and sale of loans, loan guarantees, and other investments” made by Mnuchin.

The White House said late on April 3 that Trump intends to nominate Brian Miller, a special assistant to the president and senior associate counsel in the Office of White House Counsel, to the role.

President Donald Trump will not permit this special IG to report directly to Congress.

To expand on Trump’s cut-out-congress stance, let’s look at the White House’s statement made along with Trump signing CARES into law.

…My Administration will treat this provision as hortatory but not mandatory.

His statement also acknowledged the creation of the special Inspectors General body, emphasized that it reports to Treasury, and sets up a scenario where congress can and will be cut out at the White House’s discretion:

My Administration will not treat, this provision as permitting the Special Inspector General for Pandemic Recovery (SIGPR) to issue reports to the Congress without the presidential supervision required by the Take Care Clause, Article II, section 3.

And in the most explicit part of the White House statement on CARES implementation, Trump further creates options to cut out congress from decision making and oversight:

My Administration will make appropriate efforts to notify the relevant committees before taking the specified actions and will accord the recommendations of such committees all appropriate and serious consideration, but it will not treat spending decisions as dependent on prior consultation with or the approval of congressional committees.

Watchdogs are important but so far, it looks like Treasury will have most control.

The Treasury-controlled TARP bailout in 2008-2009 worked because they did play nice with watchdogs, most especially congress.

The TARP decision to give Henry Paulson and Treasury broad authority turned out to be the right one.

Paulson is a Republican, was the former head of Goldman Sachs, served as Treasury Secretary in both Bush and Obama administrations, and his relationship with Obama’s congress was open and cooperative when the toughest decisions came.

I think that’s a big factor why a very tough TARP decision (to give money directly to banks) wasn’t a political minefield — it had executive and legislative as well as bipartisan cooperation.

Back then, I explained it using a comedy movie called Road Trip by Old School and The Joker director Todd Phillips.

That’s a fun one if you want to look back on last time this happened.

But that precedent isn’t informing today’s CARES response — the Administration has been explicit about taking control and minimizing legislative oversight.

Let’s hope Mnuchin does in fact play nice with congress on how to spend taxpayer money.

More links below if you want to dive deeper.

– President Trump’s statement when he signed CARES into law