Here’s the MBA on why jumbo rates are still lower than conforming rates like they have been since 2013. Note paragraph 2 explaining that jumbos are mostly made by balance sheet lenders with an extremely low cost of funds because they fund jumbos using deposits that they’re paying near-zero rates of return on. Compare this to the conforming lenders which have to sell these loans to Fannie or Freddie and pay those FnF guarantee fees which drives up the price.

Result: wealthier borrowers in higher priced markets end up with lower rates. An anomaly of a government backed market. The premiums for government-backed loans makes the loans more expensive. This isn’t a permanent phenomenon because when the Fed raises rates in an improving economy, banks will have to pay higher interest to depositors and their cost of funds will rise so they can’t be as competitive on jumbos.

But it’s been a long ride for jumbo borrowers. As you can see from the chart, jumbos first started being cheaper than conforming loans in summer of 2013. 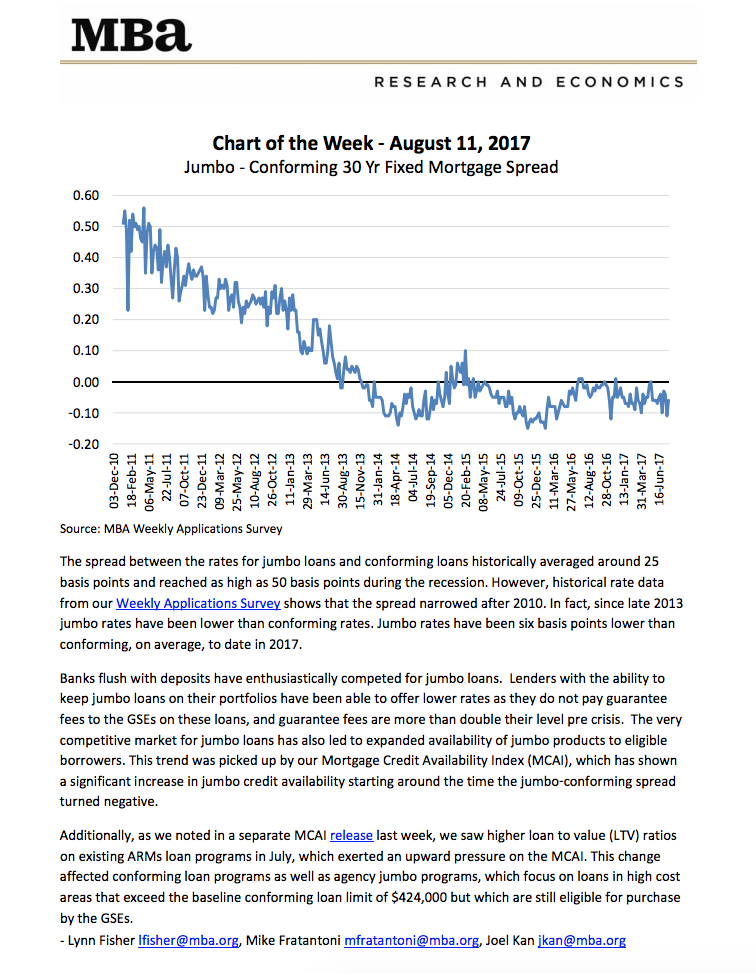