We enter the last week of February with mortgage rates just below 4.5%, and these 3 factors may cause a wild rate market next week:

1. Fed chair Jay Powell will tell lawmakers about the Fed’s future rate actions Tuesday and Wednesday. They began 2019 by supporting higher rates, then shifted to supporting lower rates in the past month. That’s partly why rates went from 7-year highs in October and November to 1-year lows now. This week, he’ll confirm which side he’s on.

2. Lots of geopolitical drama on U.S./China trade war (we may delay March 1 tariffs), the latest Brexit quagmire vote, and episode 2 of the Trump/Kim Jong Un show.

Rates drop on risky geopolitics and weak economic data, but rates are pretty damn low given the state of global politics and economics, so it would take huge negative surprises to go lower.

Combine one-year rate lows with the buyer’s market we’ve entered in 2019, and we’re still in a rare low-rate, good-deal moment for homebuyers as discussed last week. 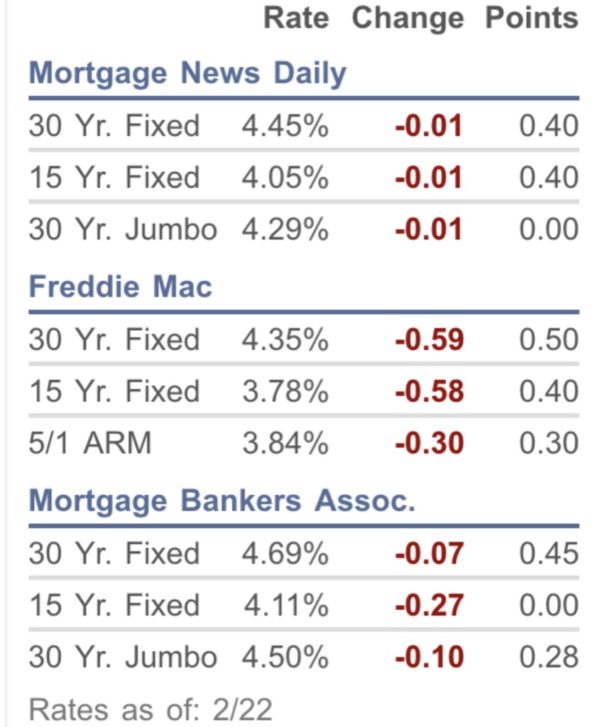