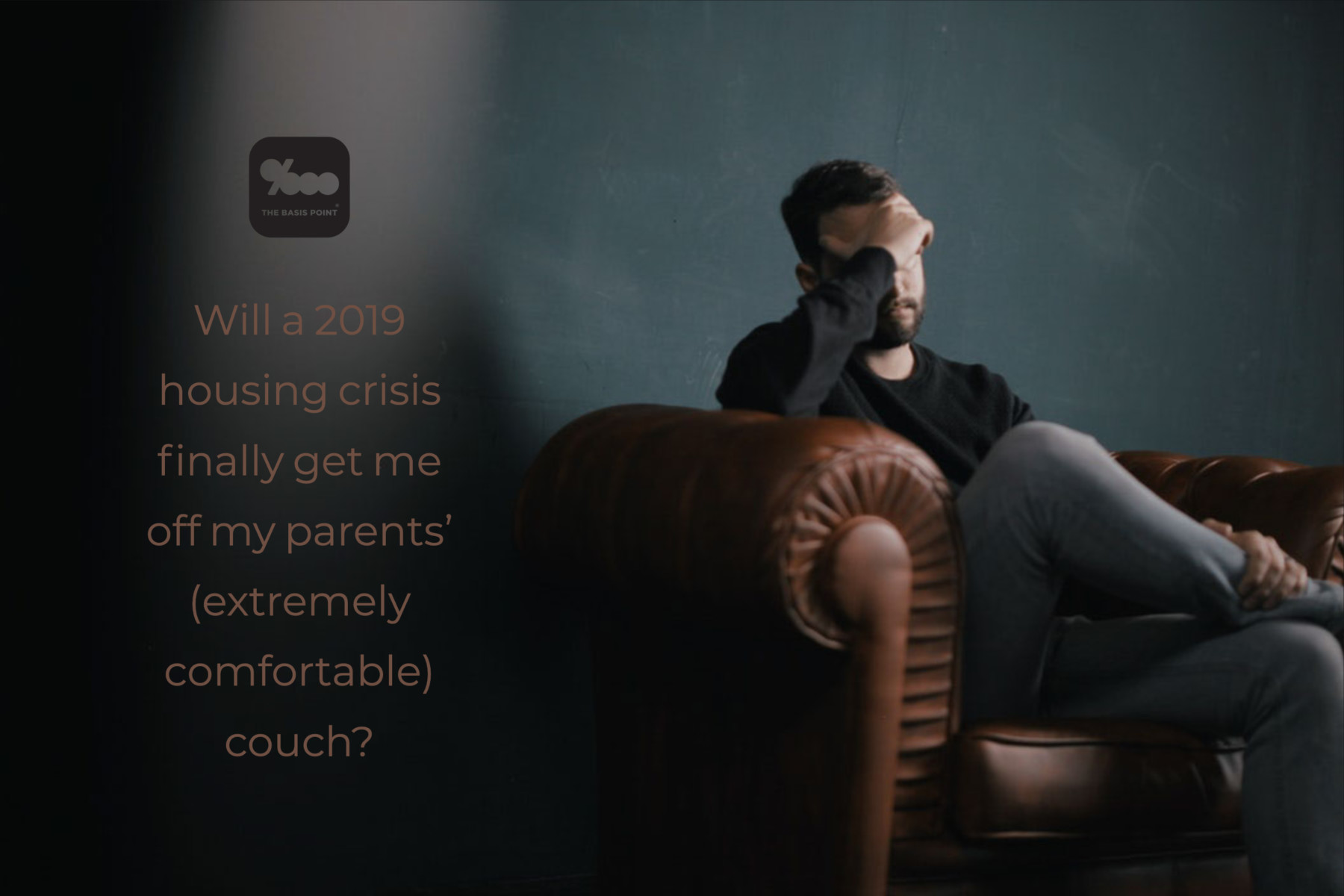 Looking forward, here’s how I think the Make or Break scenarios could play out:

– If I’ve got a stable job, I can capitalize on housing opportunity as home prices and rents drop in a downturn, and it could make me.

– Or if my job and income is at risk because a housing correction turns into a broader economic crisis like it did last time, then it could break me.

As for right now, there’s a shortage of affordable rentals in America’s rural areas, and across the country. And affordable housing metrics are the lowest they’ve been since late-2008.

I was 16 when the world economy blew up in 2008, so the background of my coming-of-age story was seeing a lot of people struggle. I remember all the adults in my life talking quietly when they thought kids weren’t around about how they were going to afford everything, but most of all a place to live.

But 2018 feels different. In the 2000s, it seemed like young people were doing better in general. Now, all my friends are paying out the nose for housing or still living with their parents. That’s just the norm.

So what does it mean for a young person to hear that we’re teetering on the edge of a housing crisis?

On the one hand, there’s some panic. Paying for a place to live is hard enough for most of us young people, and we’re watching condos go for a million bucks in supposedly cheap housing markets like my hometown Detroit.

Heads up industry leaders, you need to be aware of this panic mindset as you court the 70% of millennials who want to buy a home.

On the other hand, maybe it just “seemed” like young people were doing better in the 2000s. Mortgages were made without verifying income, so while people had fancy houses, it turned out their incomes weren’t able to keep up with this. Hence the housing correction turning into a full blown economic crash.

I will admit the job market feels a bit more stable now (except for some concerns in areas like media), and we know for sure the loans are being made with rigid approval guidelines and fully verified income and assets.

This means (hopefully!) that we’re not heading for a housing crisis but rather a correction, which is just a normal part of any market—it lets some air out and let’s home and rent prices come back to more manageable levels.

Which means it’s all about maintaining a steady job and income, so if housing does correct, me and my fellow 20-somethings can jump in at the right time.

More links below for those pondering this like me. And much more to come. Good news is that my new job gives me a front-lines education on the housing economy, and I’ll be sharing it all with you daily.
___
Reference:

– Budding housing crisis must be nipped now (The Hill)