MORTGAGES IN FORBEARANCE DOWN JUNE-JULY 2020

This number has dropped every week since.

Here’s the chart with the latest data broken down a few ways. 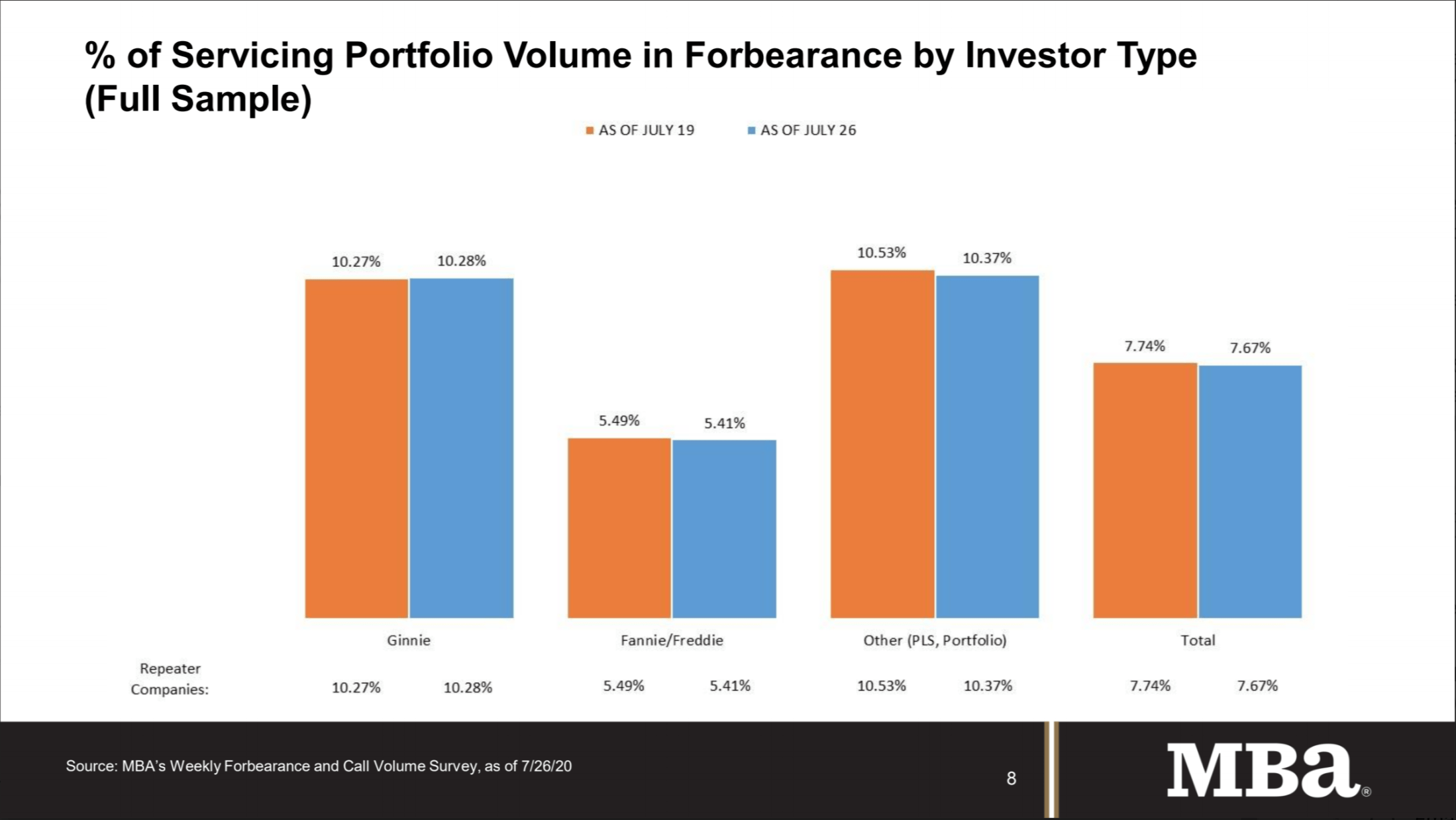 This is great news and it’s what makes all the headlines.

But now let’s look at some forbearance stats that most aren’t talking about.

WHY MORTGAGE FORBEARANCE EXTENSIONS ARE SPIKING

In recent weeks, the MBA started tracking forbearance extensions, and it’s worth pointing out 2 risk factors in this chart below.

The CARES Act enacted March 27, 2020 said homeowners could get forbearances up to one year in two increments of 180 days.

But most lenders approve forbearances in 90 day increments, and the huge mortgage forbearance spike came in April after CARES passed.

That 90 days would take these folks to July, so this June and July extension spike might just be that lots of homeowners needed more than their initial 90-day forbearance, and lenders are now granting those extensions.

All mortgages are due on the first of the month but also allow borrowers a grace period to pay by the fifteenth of each month.

The chart below shows extensions jumping in the weeks ahead of the July 1 and July 15 payment due dates.

Now it’s critical to watch if extensions continue upward or start tapering off until we get to October. 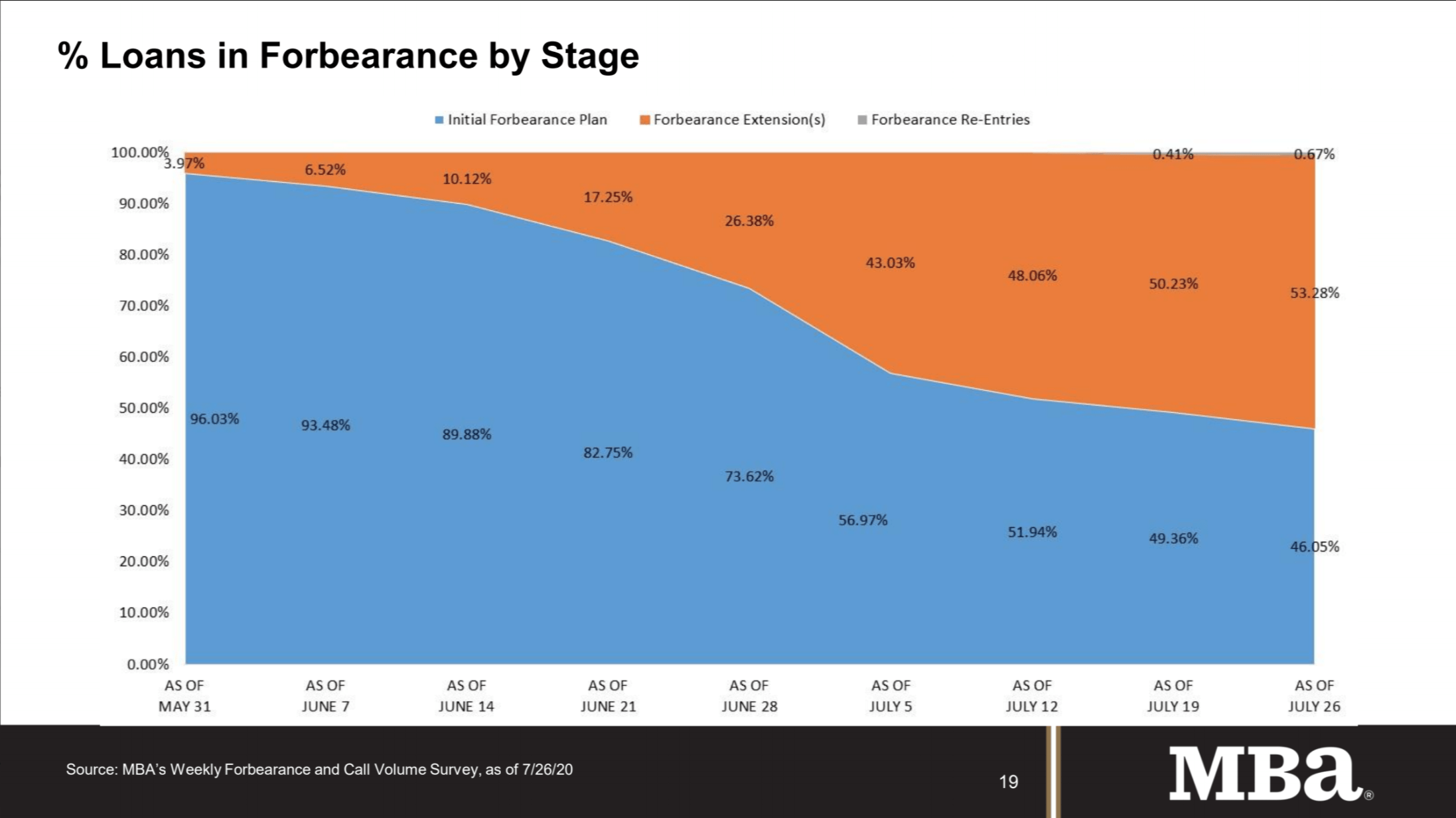 HOW MANY HOMEOWNERS ENDED THEN RE-ENTERED FORBEARANCE?

Second, the chart above shows a little sliver of 0.67% of loans re-entering forbearance.

This is a new datapoint the MBA just started reporting last week.

I asked the MBA about it, and they said it means just what it says: homeowners ended forbearance then re-entered later.

And the forbearance extensions number was also tiny at 3.97% of loans as of May 31. Then it spiked.

So it’s critical to watch forbearance re-entry from this point forward.

One major implication here is homeowners’ inability to get refinances at record low rates.

To approve refis, most lenders require people to have caught up on forborne payments and/or re-establish 3 months of on-time payment history after a forbearance.

I’ll keep an eye on forbearance extensions and re-entries to determine whether they’re nuances or signs of increased borrower strain as COVID plays out.

A big part of this is obviously the job market, and you can track jobless trends here.

And please reach out if you have comments or questions.

– Share of Mortgage Loans in Forbearance Decreases for Seventh Straight Week to 7.67%

– * The MBA’s dataset has 37.3 million loans, which represents 75% of American market for first mortgages. MBA updates this dataset every Monday.