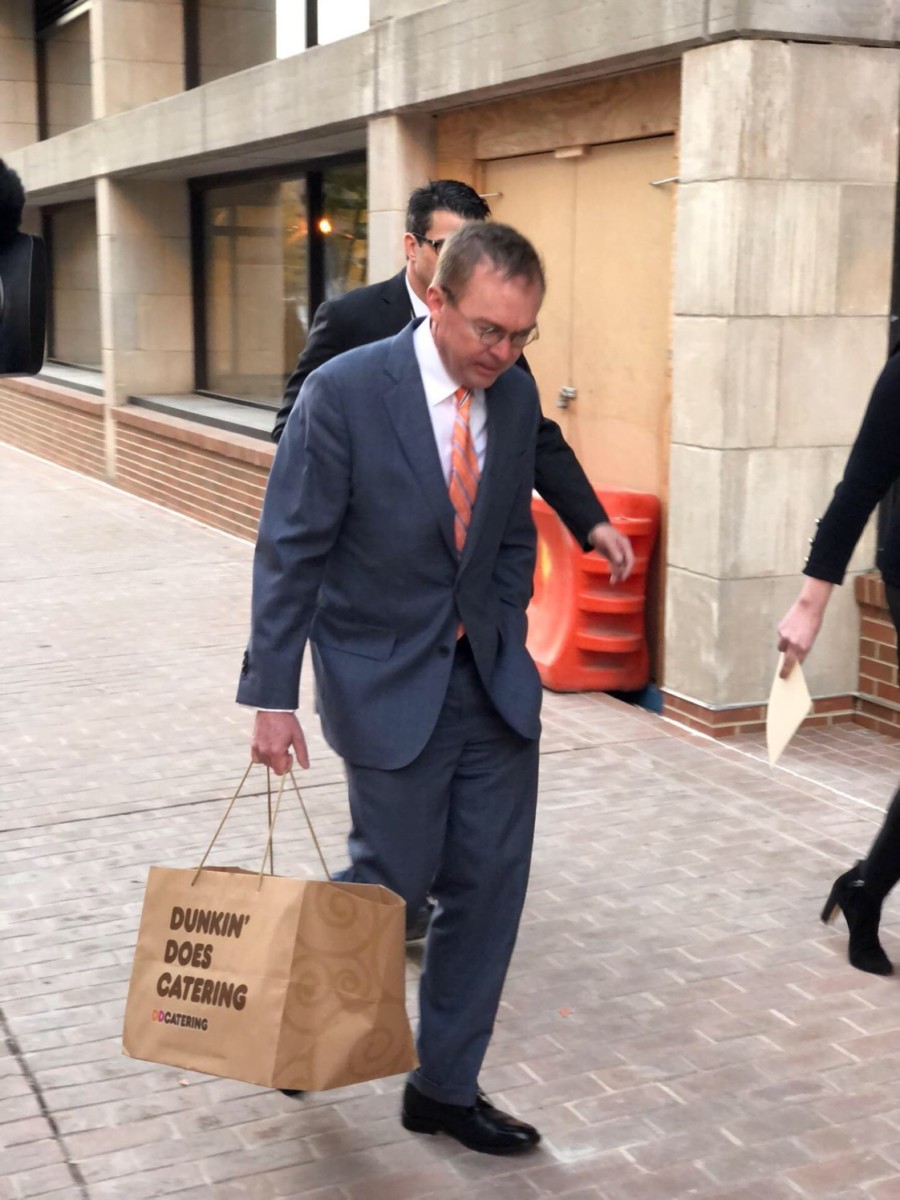 The head of America’s top consumer finance regulator—the Consumer Financial Protection Bureau (CFPB)—resigned Friday and appointed his chief of staff Leandra English to take over. She then sued the White House Sunday as a way to block Trump’s appointment of Mick Mulvaney, a harsh critic of the regulatory agency, or at least slow the inevitable process of CFPB leadership succession and allow for a front page public discussion about the importance of consumer financial protection.

The news is certainly on the front page, but no such discussion looks likely. Because Mulvaney brought donuts to his (ostensibly) first day on the job this morning. Twitter is aflame with donut talk rather than consumer financial protection talk. Can’t believe he brought donuts. OMG did you see the donuts?

Regardless of your political views, it’s a smart political tactic that may just overshadow important discourse on the role of consumer finance regulation. It certainly is this morning. Here are this morning’s top stories on the matter, and the last link has comments on a CFPB structure that might help make the agency more palatable to the greatest number of politicians and industry participants through full political cycles.

Mick Mulvaney, who took over as acting director of the Consumer Financial Protection Bureau Monday morning, in an afternoon press conference took aim at the agency he inherited, promising that the regulator would be vastly different – and business friendly – going forward.

Among the immediate changes: moratoriums on agency guidance, regulations and a 30-day freeze on new hires.

Self-assured, he confidently boasted that the CFPB would no longer choke off capital because of regulatory overkill. Under the Obama administration, he called the agency “completely unaccountable.”

Regarding Leandra English, the other acting director who was named to the post Friday night, a few hours before President Trump picked him, Mulvaney said he had not seen her all day and wasn’t even sure she reported to work.

Acting as a private citizen, English Sunday night launched a legal challenge to the Mulvaney appointment, filing suit in U.S. District Court for the District of Columbia. A decision in the case could come within 48 hours.

–The law is the law and the rest is chatter (TheBasisPoint)