Real estate agents get 6% of the biggest purchase of your life. That means they’re always living lives of luxury, right?

Wrong. For a lot of agents, life is feast or famine. You never know when your next sale will close and it’s on you to bring those deals in.

Those of you hustling full-time freelance know how hard that life is.

There are a lot of misconceptions about who real estate agents are, what they do, and how much they make doing it. That’s why Redfin commissioned a study to find out what life as an agent is like in 2019. We picked out the most important numbers from their study so you don’t have to. Read on.

1. FOR MOST AGENTS, THIS AIN’T THEIR FIRST RODEO

Most real estate agents are industry veterans. Over half of the agents Redfin surveyed have been in the game for more than 10 years. Another 27% of agents have been in between 4 and 10 years.

2. BUT A LOT OF AGENTS WILL TELL YOU TO AVOID THE GAME

Only 21% of Redfin agents recommend it as a career. That doesn’t mean that they hate the job, necessarily—they might be wary of changes coming to the industry. This is where Amazon is casting a big shadow right now.

3. MILLENNIALS MUST NOT THINK BEING A REAL ESTATE AGENT IS VERY COOL

78% of real estate agents are 41 and older. Surprisingly, the hustle and grind generation of millennials aren’t into becoming real estate agents. Maybe they need something more consistent to meet their student loan payments every month. 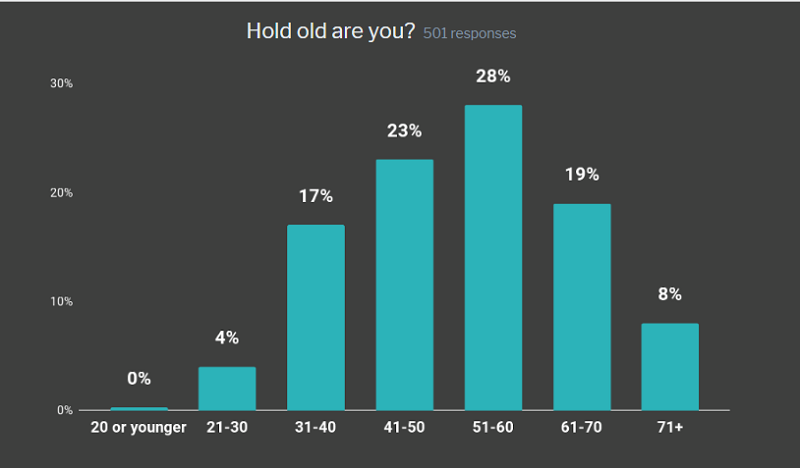 51% of Redfin agents closed fewer than 10 home sales last year. It’s not like most real estate agents have a constant stream of deals coming their way. Redfin pays agents a salary, but 70% or so of their income is commission-based or otherwise variable, so you can imagine how that lifestyle can get precarious quickly.

Over half of Redfin agents surveyed are on their 25/8 grind. This is the current state of work—hustle or get left in the dust. 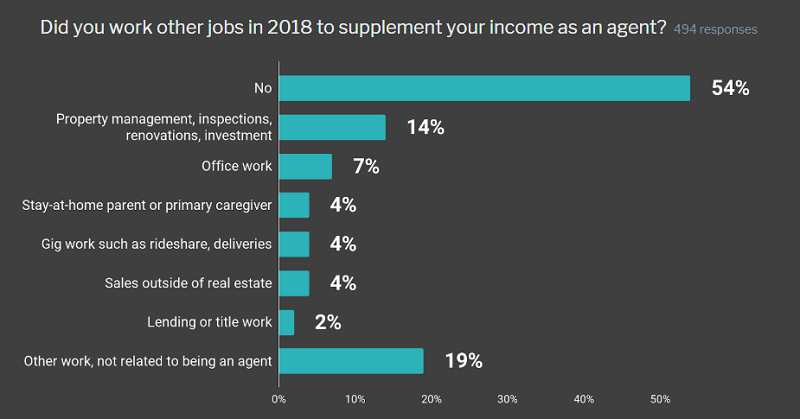 I’m not talking about hobbies. Real estate agents would rather spend their time serving you than cold-calling for new business.

Real estate agents are more Jerry Maguire than Glengarry Glenn Ross. 86% of agents said the thing they like about their job is helping people, and only 53% said it was the thrill of the sale that keeps them coming back.

So more likely than not, your agent would rather spend time getting to know you instead of living out Wolf of Wall Street fantasies.

7. SOME AGENTS HATE THE INTERNET, SOME LOVE IT

Agents seem split on whether the internet is a good thing for their biz or not. 33% of agents say it makes closing sales take longer, and 32% said it speeds up the process.

That one-third of agents who hate the web need to get with it—technology is going to help, not hurt, pros that can take advantage of it.

61% of agents make less than $75k an year. There are some super-agents making six figures, yeah, but most agents are part of the 99%. This quote from Redfin CEO Glenn Kelman says it all:

“Real estate is, like the rest of the economy now, mostly a winner-take-all business, with a few agents earning outsized commissions and others barely earning enough to buy a home themselves.”

9. IT TAKES TIME TO GET RAMPED UP AS A REAL ESTATE AGENT

64% of Redfin agents said it took at least 3 months, and as long as a year, to get consistent income flowing. A real estate license isn’t a money printer. It takes a long time to see the rewards, and they’re not always luxurious, as we saw above.

10. 19% OF WOMEN IN THE INDUSTRY REPORTED HARASSMENT

As many as 1 in 5 women agents reported sexual harassment from clients or colleagues. Since 2/3 of agents are women, that’s a huge issue, and one the industry must address.

– The Next Generation of Real Estate Agents (Redfin)