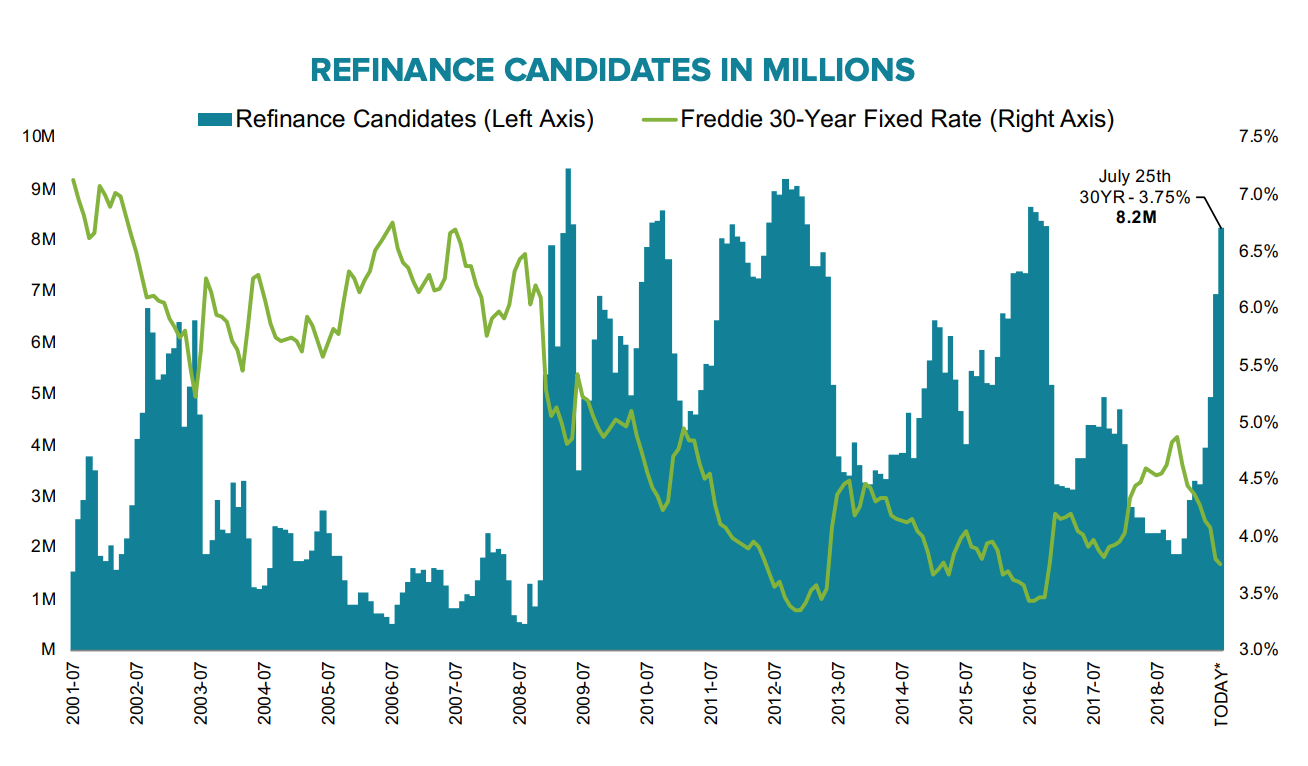 The 2019 mortgage refi boom continues. Black Knight told us today there are 8.2 million people eligible to refinance, which is awesome.

But rates move in real time and Black Knight data is a snapshot in time, so let’s look a little closer.

That’s backward looking. To see rates today, let’s look the Fannie Mae bond chart below (via our friends at MBS Live). Notice how bonds are higher since then, which means rates are down between July 25 and today.

Rates are super low, and you should look into your own refi eligibility if you haven’t already. 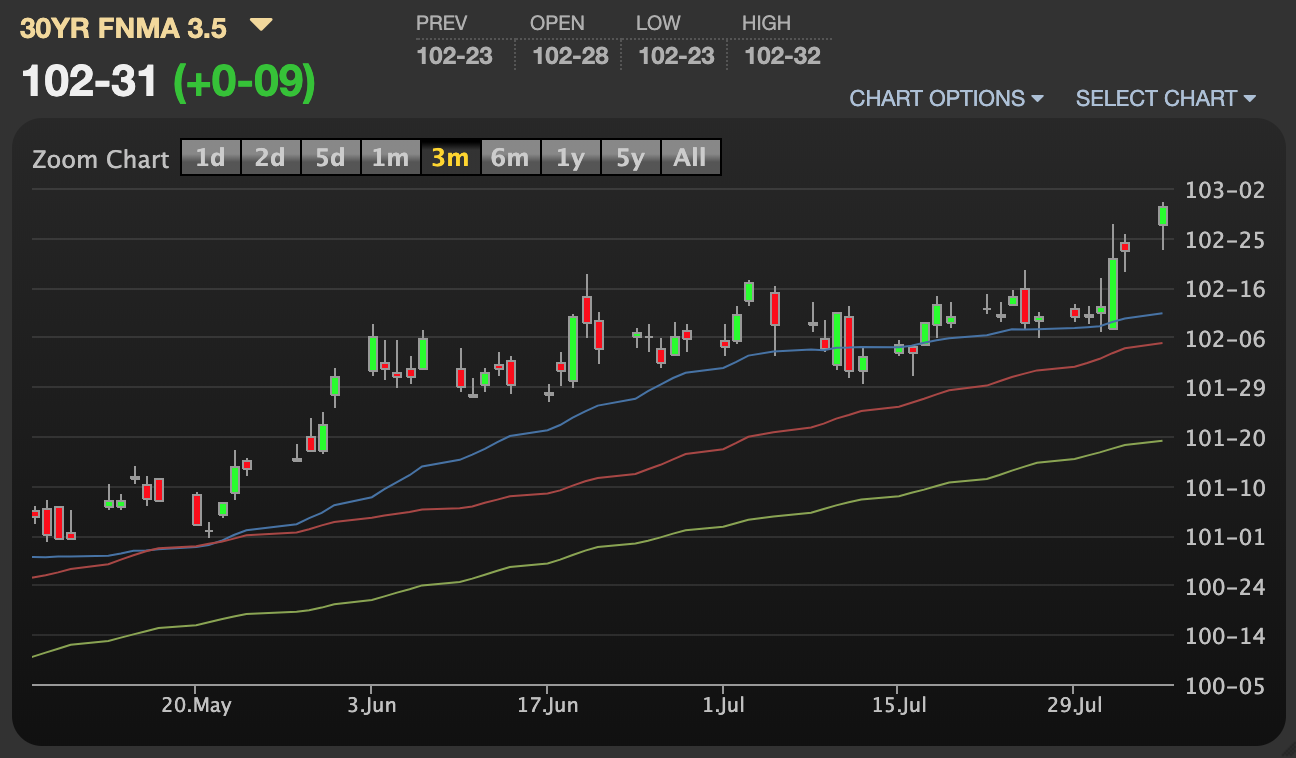 They mention this in the context of the July 25 data available. Rates have dropped about .125% since then, largely because the Fed last week confirmed they’d try to keep rates lower.

This implies today’s eligible refi population is closer to 9.7 million.

The Fed doesn’t control mortgage rates directly, but they influence mortgage markets. That’s what happened since last week, and since this July 25 mile marker from Black Knight.

So I will say it again: you need to look into refinancing if you haven’t already.

Rates move daily, and this is based on rates today. Low rates won’t wait for you.

WHAT DO LOW RATES MEAN FOR HOME BUYER AFFORDABILITY?

Black Knight compared today’s 30-year fixed rates of roughly 3.75% to last November when rates were about 0.5% higher. They also looked at home prices then versus now.

This decline in mortgage rates gives homebuyers a lot of extra buying power. You could buy a home worth $45,000 more today compared to November 2018, and still have the same payment.

So these low rates are great for homebuyers too.

But don’t rush to buy a home just because rates are low. Make sure you focus on finding the right home. You’ll be subject to whatever rates are at the time you find that dream home.

– Where Home Prices Have Recovered & Stagnated