Marcus by Goldman Sachs acts like a too-cool-to-care, too-hot-to-die tech startup, but it’s a hip new brand that has a $931 billion bank behind it.

You’d think that if J.P. Morgan Chase, a $2.6 trillion dollar bank, tried to do the same thing, it’d be twice as cool, right?

Wrong. It’s the complete opposite.

Chase launched Finn, a digital bank app that was supposed to be everything we millennials crave last year. No fees, mobile-first banking, automatic saving, and a brand that hasn’t been around since the 19th century.

But this month, it pulled the plug on Finn less than a year into its life. Researchers estimated 232,000 people downloaded the app, but more than half of those people were Chase customers to begin with.

Chase is giving everyone who opened a Finn account a Chase account, which is a nice way to convert fee-free Finn users into fee-paying Chase users. No one in my millennial gen knows how to close a bank account, so smart move on Chase’s part.

But why scrap the project?

Marcus by Goldman Sachs on the other hand has 4 million customers, has made nearly $5 billion in loans in 3 years, holds $46 billion in deposits, and will soon find its way into the wallets of every hipster who gets Apple’s credit card.

This might be comparing apples and oranges—Chase has 47 million people using its mobile app already, so maybe it was confusing and unnecessary to add another app to the mix.

Goldman Sachs, an investment bank primarily serving corporate and ultra-wealthy clients, had to build a consumer brand from scratch, which explains Marcus’ major growth. But it’s doing something new, offering good products to build brand loyalty, and has a ton of momentum.

Chase, on the other hand, just scrapped a potentially cool experiment to do more of what it’s already doing. I’m not knocking that because it’s obviously working for now, but it makes me go back to Marcus exec Adam Dell’s quote that prompted Julian’s analysis last week: 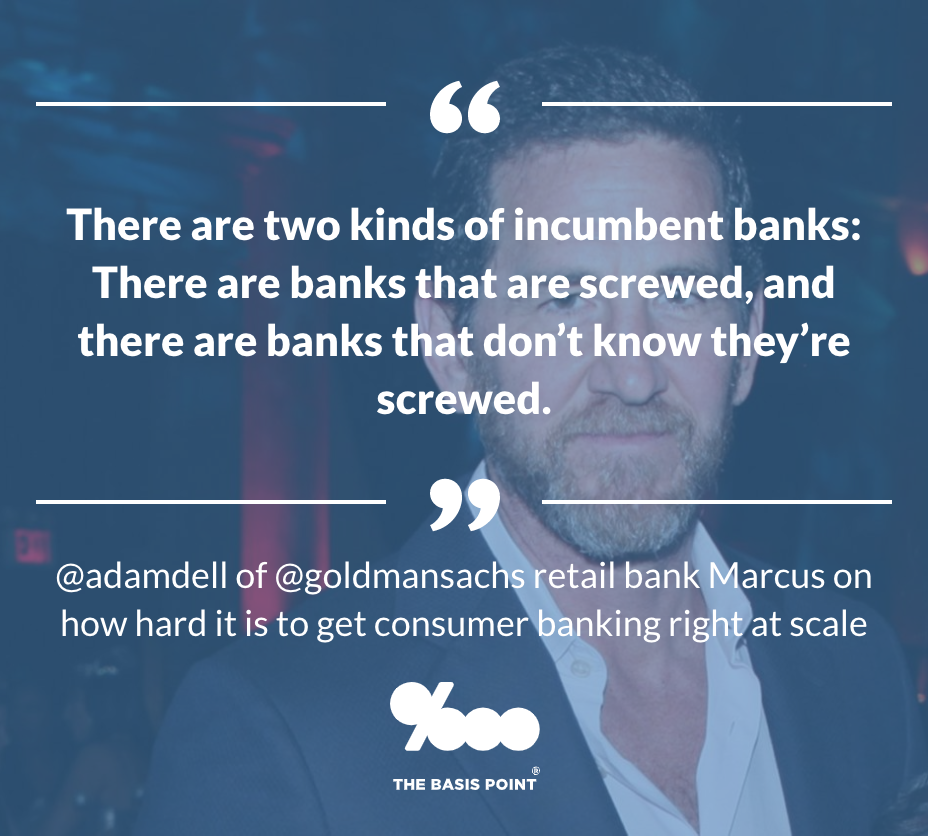 Chase already has customer acquisition nailed. It was early in the bank app and mobile check deposit* spaces to begin with, so the bank doesn’t have to figure out how to hack innovation and customer focus into its existing processes.

It can write off a bet like Finn, take the good parts, and use them to improve the rest of its offering.

J.P. Morgan vs. Goldman here is a battle between a relatively agile incumbent versus a lightning-fast in-house startup backed by the same depth of capital and fueled by startup acquisitions.

But J.P. Morgan is still powered by small tech companies too. Look at this page from their investor deck: 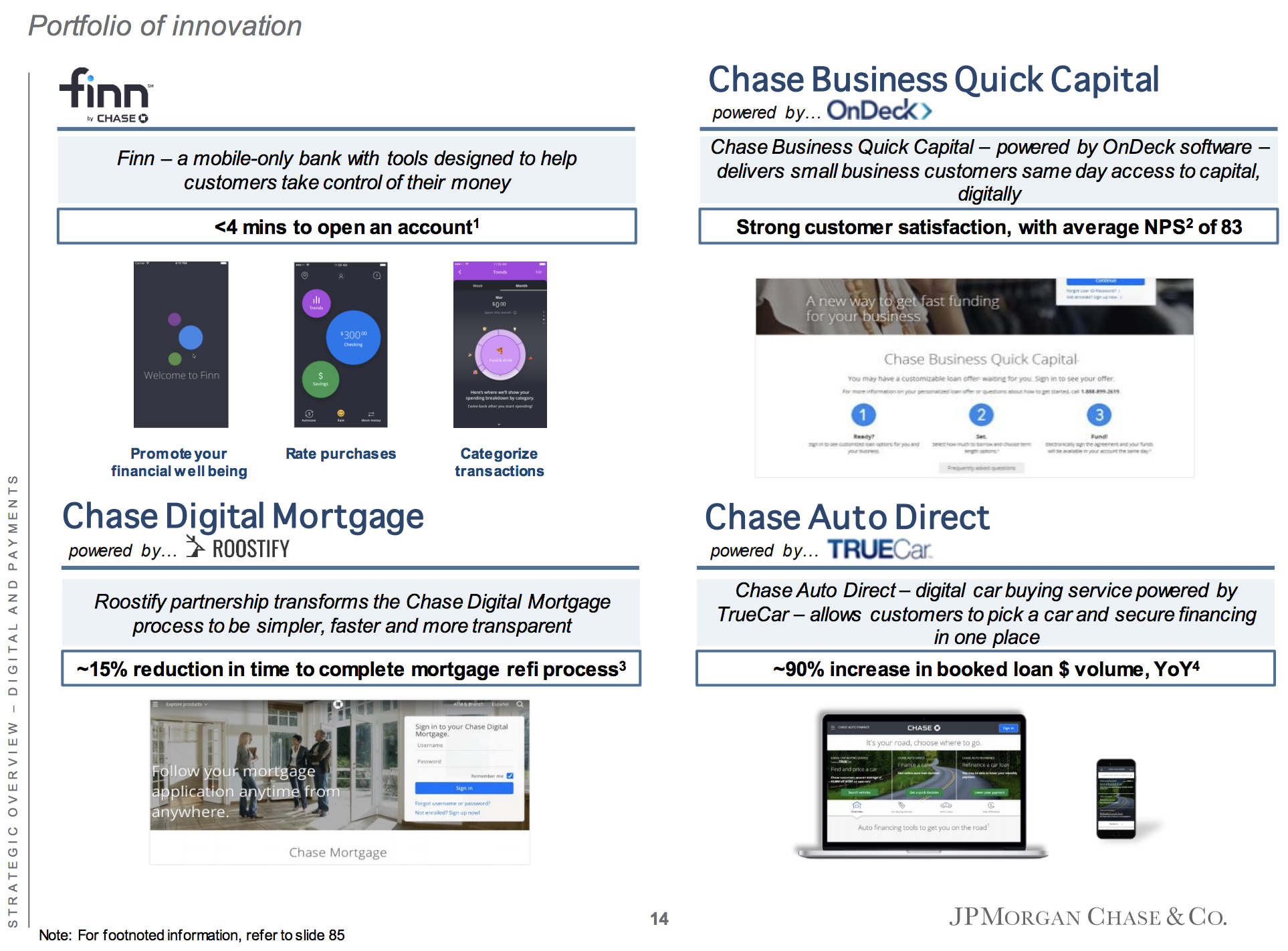 Three-quarters of the technologies the company is hyping to investors are made by startups, and the one in-house app has been scrapped.

Where does this leave us?

And maybe Marcus has a media-friendly growth play that fuels the hype, while J.P. Morgan Chase’s existing dominance is old news.

Will the startups rise up and consume the banks they power, or will they continue to partner with the big dogs to deliver you better, faster, easier banking?

We’ll keep watching this closely for you. More reading below.
___
Reference:

– Why Did A Big Goldman Sachs Banker Say Big Banks Are Screwed? (The Basis Point)

– *check out the quotes from OG The Basis Point friend and StockTwits CEO Ian Rosen in this one.